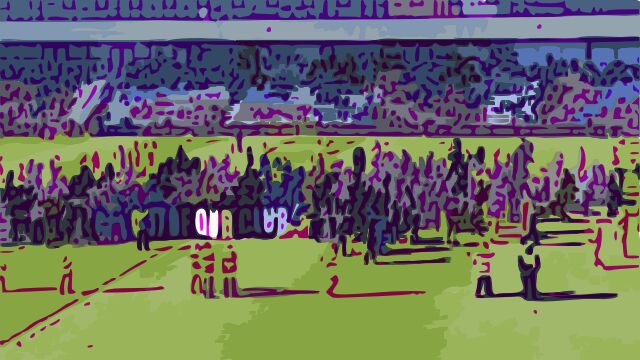 It’s hard to believe given their current form and off the field troubles in recent years, but the Lancashire outfit were once Premier League regulars during the 90s and competed with the likes of Manchester United, Arsenal and Liverpool. But now in 2022, Oldham’s relegation to the National League is confirmed and they’ve just become the first-ever Premier League side to be relegated out of the football league.

But how was this able to happen and who or what is to blame for the downfall of the Latics since their days in the top-flight?

Before talking about their recent struggles, we need to back to when Oldham were competing in the big time and looking to solidify themselves as Premier League regulars.

When the Premier League was formed in the 1992/93 season, Oldham Athletic was one of the founding members of the new 22 team format along with other sides like Ipswitch Town, Coventry City and Wimbledon, who later reformed into a phoenix club called AFC Wimbledon following the move to Milton Keynes in 2002.

Under the management of Joe Royle, the Latics had a difficult start to life in the newly created top division of English football, finishing just outside the relegation zone on goal difference in their opening season in the top flight, earning a total of 49 points and having a goal difference of -11, better than Crystal Palace’s -13 that sent them down to Division One as it was known then.

Despite scoring 63 goals throughout the season, an impressive amount, the 74 goals conceded at the other end meant that they had the league’s second leakiest defence with only relegated side Middlesborough conceding more. The Manchester outfit won their final three leagues games in a row and confirmed their survival on the last day of the season with a thrilling 4-3 victory at home to Southampton.

Despite their crazy end to the 92/93 season, the Latics couldn’t take that momentum into the following Premier League season. Royle’s men couldn’t hit the back of the net as often as they did last season, scoring 42 goals and although they conceded slightly fewer goals this time around with 68, other sides around them in the table managed to concede less and thus finished the 93/43 season in 19th place, relegating them with 40 points. A tally that would now see teams survive the drop.

During this era, Oldham Athletic reached the FA Cup semi-finals twice, both times losing to Manchester United after a replay. In 1994 they were less than a minute away from winning 1–0 in extra time when a Mark Hughes equaliser for Manchester United saw the game at Wembley Stadium end in a 1–1 draw, and Oldham were crushed 4–1 in the replay at Maine Road. Many fans of Oldham in the years since have described the last-minute equaliser by Hughes as the start of a decline that Oldham has never recovered from.

Life in the second and third divisions

Life in the second division of English football wasn’t any easier for the Latics, manager Joe Royle left the club in November 1994 and was replaced by player-manager Graeme Sharp, but his appointment didn’t change the form of the team and they narrowly avoided relegation to the third tier in their first season in Division One.

They continued to struggle in the second division, avoiding relegation in the 95/96 campaign before finally being relegated at the end of the 96/97 season, with player-manager Graeme Sharp resigning following the season’s end and Neil Warnock being appointed as his successor in their journey in the third tier.

As one of the biggest clubs in Division Two for 1997–98, and being managed by Warnock who had achieved no less than five promotions with other clubs in the last 11 years, Oldham Athletic were tipped for an immediate return to Division One, but they finished a disappointing 13th in the league and Warnock resigned.

Andy Ritchie took over as player-manager, but he too failed to mount a promotion challenge and was sacked in October 2001 to be succeeded by Mick Wadsworth.

False promises and fears of liquidation

In 2001, Oxford-based businessman Chris Moore bought the club and vowed the take the Latics back to the Premier League. Ian Dowie took over as Manager and he turned them into a promotion hopeful side for the first time in years, finishing fifth in the league and ultimately losing in the playoffs. But fans had optimism for the first time in recent years.

Unfortunately, optimism turned into anger when Moore decided to end his interests in Oldham Athletic and this left the club with large debts and a weak squad of players. With departing players being sold for a fraction of their market value, for some time it looked like the club would end up going out of business, but those fears were eventually put to sleep.

During the 2004-05 season, Simon Blitz and his two other partners, Simon Corney and Danny Gazal purchased Oldham Athletic, trying to rescue the club from possible liquidation. While they were trying to repay the club’s debts, the team struggled for several seasons and nearly came close to being relegated to League 2 in 2005.

Their fortunes did get slightly better in the 2006/07 season, finishing in the playoffs only to be beaten once again in the semi-finals, this time to Blackpool 5-2 on aggregate. After two years, manager John Sheridan was sacked and was replaced by former manager Joe Royle until the end of the season. Royle rejected a permanent stay at Boundary Park and Darlington boss Dave Penny came in as manager for the 2009-10 season.

The decline of Oldham Athletic

The Latics would never again reach the League One playoffs and instead would fall further and further down the table with each passing season. Player-manager Paul Dickov, who replaced Penny in 2010, left the club in February 2013 with the team struggling to stay in the league.

Former Bristol City player Lee Johnson became the youngest manager in EFL history at 31-years of age when he was appointed as Oldham’s latest new boss and he managed to guide them towards safety in the 12-13 season.

Johnson brought some level of stability in the following season, with the club finishing 15th in League One and staying away from the relegation zone.

When Lee Johnson left for Barnsley in February 2015, the club sat 9th in the League and although they couldn’t finish in the top half, Oldham once again drifted towards mid-table and eventually finished the 14/15 season in 15th.

However, in the following two seasons, Oldham began to slip into consecutive relegation battles and despite fighting hard to stay in League One for three straight campaigns, their relegation to League Two was confirmed in 2018 after finishing 21st, a point below Rochdale who stayed up and now faced life in the fourth tier for the first time since 1971.

During their relegation season, the club faced a number of winding-up orders and non-payment of tax bills from HMRC and the ground was raided in November 2017.

In January 2018, Oldham were taken over by Morrocan football agent Abdallah Lemsagam from majority shareholder Corney, which ends his 14-year association with the Latics.

The club’s first season in League Two was an underwhelming one as they finished 14th in the table and didn’t rouble the top seven like they hoped they would. Former Manchester United midfielder Paul Scholes took over as manager in February 2019 to try and steer the Latics towards promotion, but his stint only last 31 days as he resigned in March and this would be the start of Oldham’s struggles in League Two.

The club would face more HMRC troubles in 2019 and 2020 and former owner Blitz sought to put Oldham into administration due to the debts owed to his company. But in April of 2020, a significant amount of debt and tax was paid and the club avoided administration.

Things didn’t get much better on the pitch either. Following the abrupt finish to the 19/20 season, which saw the campaign null and voided, they finished the next season in 18th place, nine points above the drop zone having sacked Harry Kewell in March of 2021 which some fans regarded the club’s decision as premature given that Oldham had recently beaten promotion challengers Newport, Forest Green and Salford City.

Finally, we arrive at the current 21/22 League Two season and now the club have been officially relegated to the National League after their 2-1 home defeat to Salford City. The game was temporarily abandoned in the 80th minute after fierce protests from the fans before it was resumed when all the supporters had left the ground.

The supporters had staged multiple protests throughout the season against owner Abdallah Lemsagam for his neglectful handling of the club and Saturday’s demonstrations were the latest as the Latic’s 115-year stay in the football league came to end.

Older generations of Oldham fans will remember the glory days of the Premier League and their runs in the FA Cup and will be especially hurt to see how their club has fallen in recent years.

At the time of writing, Lesmagam is still the owner and Oldham fans might be less optimistic about a return to the EFL if he’s still in charge of the club by the beginning of next season.

For the first time, a former Premier League team will be playing National League football and it’s the latest in a long list of historic English football clubs to be stained by bad ownership in the last 20 years.

With the National League being a notoriously difficult league to get out of, it may be a while before we see Oldham back in the football league unless drastic changes are implemented and positive decisions are made at Boundary Park.