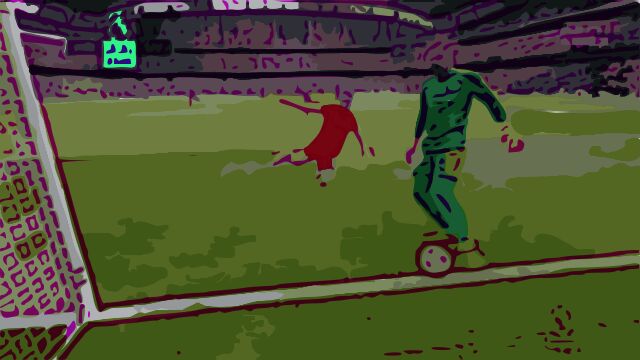 Thank goodness Sky hadn’t spent any of their ad budget hyping that one up, eh? As predicted in this column just one week ago, Man City vs Liverpool was always going to be a dull draw and there was no need for Super Sunday to get all excited.

Except, it was rather good really, wasn’t it?

Before Jamie Carragher and Roy Keane had found something to agree on it was 1-1. Then City led again and before Pep’s plea to not concede early in the second half and finished being uttered, Liverpool levelled again.

We had two of England’s many right-back options showing us that they just don’t defend like they used to back in the day. Mind you, Lee Dixon wouldn’t have assisted Diogo Jota like that either. We had Ederson dinking it over Jota’s legs on his own goal line in the middle of his own goal. We had Thiago making the most of the fact that Anthony Taylor had no intention of showing anyone a second yellow card at the Etihad. We had lots, really.

These two sides are so far ahead of the rest of the Premier League it is untrue – sure, Chelsea are the current European champions (until the end of the week, anyway) but when it comes to the domestic game nobody comes close to City or Liverpool.

In the end, a point each means City have a one-point advantage with seven to play – just try and find the game they need to lose for Liverpool to nick it off them.

‘A disgrace’ David de Gea called it – and he wasn’t talking about the damage to the Everton fans’ phone. Manchester United failed to score against a team that had conceded three times to Burnley during the week. Yes, that Burnley team – the one that couldn’t score against Norwich on Sunday.

In fairness, had Ronaldo not smashed some kids’ phone in yet another post-match tantrum I don’t think we’d have known he was at Goodison Park. This cannot be what the Portugal legend had in mind for his benefit season and he’s not been as bad as has been suggested – but he really, really was on Saturday.

As Sean Dyche said, Everton might ‘have forgotten how to win’ heading into this match but if you need a team to give you back your confidence United are very much that side. Ralf Rangnick is looking like the guy who knows this will soon be someone else’s problem and the team clearly fancy seeing what the Europa Conference League is all about – new experiences and all that.

It says a lot when your game plan gets killed by Fred going off injured and it would be fascinating to know on which page of the masterplan it says ‘and you can always play Harry Maguire as a false nine’.

Do Everton deserve some credit? Their fans do – the old stadium was rocking. But the team – well, there’s a reason they are still in a relegation battle. They won’t get to play United every week in the run-in.

Tommy T had a chocolate-fuelled rage at his Chelsea side after back-to-back to defeats and it seemed to do the trick. Chelsea beat Southampton 6-0 at St Mary’s and it coulda/shoulda/woulda been more had they not downed tools for the last 30 thinking about the task awaiting them in Madrid. There can’t be too many managers who have lost in the Premier League 9-0 twice and 6-0 and still got a job – fair play Mr Hassenhuttl.

Could it be much better for Spurs fans right now? Their team are looking organised, mean and rapid on the attack – their two ‘disappointing’ January signings are making decent claims to be the signings of the season. And, over the road, their local rivals are absolutely bottling their chances of finishing in the top four.

Kaneson linked up time and time again in Tottenham’s 4-0 win over Villa – a result that could have been a bit different if VIlla had taken at least one of the first half myriad of chances. But, sensing they were off the hook, Spurs ran riot in the second half.

Arsenal, well they were facing a Brighton team unable to buy a goal or a win in the Premier League. Naturally, they got both at the Emirates.

Newcastle haven’t had to worry about the drop for some time now. Another win for Eddie Howe’s men, this time against Wolves, sees them very much safe. Chris Wood got his first goal in front of his new home fans – make the most of it mate, as they’ll be upgrading you the first chance they get.

Since they waved goodbye to Marcelo Bielsa, Leeds have started looking like a side capable of doing a bit of defending and they too ended their relegation fears smashing Watford 3-0 at Vicarage Road. After avoiding the drop for so many years, it doesn’t feel right that the last thing on Roy Hodgson’s CV is going to be this – but you just cannot see them dragging anyone else into the mix.

Leicester and Crystal Palace played out an entertaining but ultimately worthless game at the King Power. Leicester won 2-1 but it matters not.

Christian Eriksen strolled around the Brentford midfield pulling the strings in their 2-0 over a surprisingly below-par West Ham.

And right at the bottom, Norwich refuse to call it a day. They beat Burnley 2-0 at Carrow Road meaning they are a single point behind Watford, three behind the Clarets but – importantly – still seven behind the Ev having played a game more.

Stranger things have happened though, right? OK – maybe not this strange but there are still 21 Norwich points to play for….