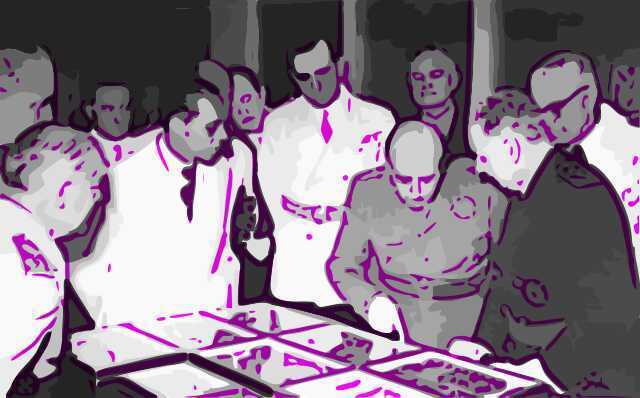 13 June 1943. The second leg of the Copa del Generalisimo semi-final between Barcelona and Real Madrid. The Catalans had dispatched Los Blancos with a seemingly unassailable 3-0 victory at Les Corts in the first leg.

But, unbeknownst to the crowd of 15,000 at the Estadio Chamartín, they were about to witness a piece of unprecedented history that still stands tall today – the heaviest and most emphatic defeat in El Clásico memory.

The home side raced into an 8-0 lead before half-time and eventually ran out as 11-1 winners – rendering Barcelona’s previous victory completely useless. It was a demolition, but it is enveloped in controversy, conspiracy and confusion.

For his publication of ‘Fear and Loathing in La Liga: Barcelona vs Real Madrid’, Sid Lowe sat down with the reserve Catalan goalkeeper that day, Fernando Argila, who shed some light on his side’s calamitous loss.

‘How do you explain the difference between the two scores?’

There’s a moment’s silence and then Argila continues.

‘A policeman came in and said that nothing (bad) could happen.’

‘Into the Barcelona dressing room?’

‘Yes I was there. A policeman, a lieutenant or an I-don’t-know what from the Civil Guard. And he said… not that we had to lose… but that nothing must happen because there was political tension.’

‘Yes. He also told the referee: “make sure nothing happens”. And he [the referee] sent off Benito. We had hardly started and he sent him off. Then there was rivalry. It was all politics. Power. Potencial. Economic power, too. And that’s how it happened. Afterwards, we just wanted to forget about it. Get away from there and forget. Luis Miro let in eleven. I never saw him again.’

Argila’s account of events has contributed to a vast debate of popular rumour that the director of state security confronted the Barcelona players before the game, and alluded to the dictatorship’s generosity in allowing Catalonia to remain part of the Republic and they were privileged to even be allowed to compete in the match.

The enormous and mind-boggling disparity between the two score lines is reflective of something dubious and underhand that has stills fuels the Catalans to this day. It is part of a wider plot that outlines how the Madrid-supporting dictator, Francisco Franco, pursued the homogenisation of Spain by trying to strip Catalonia of its individuality.

This tale is one of the tipping points of a poisonous face-off between the nation and the state.

A whirlwind of the civil war, dictatorship and the purge of Catalonia

The Spanish Civil War was concluded in March 1939, and the nationalists, headed by El Generalisimo, were the victors over the spirited Separatist Republicans. Franco became obsessed with instituting a uniform Spanish culture that would eradicate any form of regionalism. However, his nationalist dream was opposed by a Separatist movement, directed by the fervent and irrepressible Catalonia, which strived for an identity that would contradict the dictator’s centralist and Falangist perception of the state.

Franco then began his harsh treatment of Catalonia. The unavoidable overlap between football and politics that pitted Franco against football was kickstarted before he even took absolute power. El Caudillo had incensed the Catalans in 1936 when Josep Suñol, Barcelona FC’s former president, had been shot dead by nationalist forces.

Franco recognised the infectious cultural power of football and used the sport to cement his unpopular policies. He began this process through his prohibition of regional dialects apart from Castellano, which became the only legal language in Spain. All government, legal and commercial were in Castilian. Those who resided in Barcelona still spoke Catalan, but its criminalisation projected a connection between the region and illegitimacy, which Franco had expertly crafted.

The dictator’s policy swiftly permeated into football – he ordered the club name be translated from CatalanFC Barcelona to its Spanish equivalent, ‘Barcelona Club De Futbol.’ The club crest, the Senyera, a vexillological symbol that portrayed Catalonian independence, was removed. Conversely, in 1941 he permitted Madrid FC to reinstate its ‘Real’ prefix and have the iconic crown return to its badge. Through football, the dictator implemented his overarching, non-negotiable policy – a no-nonsense rebuttal of any other culture, in an attempt to unveil a new era of the Falangist Spanish state.

This was unsurprisingly met with disdain and resistance. Football was an escapism for Catalonia and FC Barcelona – it provided a shimmering beacon of hope and joy for a region under threat. The Blaugrana won seven league titles and six Copa del Rey’s between 1942 and 1960. They developed an underdog storyline of how they succeeded in the face of an oppressive, inflated and privileged evil.

El Clásico was not only a contentious footballing rivalry but was simultaneously a treacherous political slope that embodied that unrest within Spain during Franco’s dictatorship.

Barcelona upheld an immovable belief that Real Madrid were representative of the establishment due to Franco’s support. Madrid felt this notion was exaggerated to discredit their success and paint them as the puppet for Franco’s neo-fascist nationalist faction.

Franco’s affinity with Los Blancos was logical for the regime – it was an indication of centralisation. El Caudillo attached himself to the most prestigious club in the capital, which was the political, economic and social epicentre of Spain. It was the obvious and lone candidate for a dictator who sought to ruthlessly utilise football to consolidate his regime.

Argentine striker Di Stéfano played for Colombian side Millionarios, who in 1952 embarked on a lucrative world tour including Spain. Di Stéfano captured the attention of both the Spanish giants. This saga was disorderly chaos from the outset as Barcelona negotiated a deal with his previous club River Plate, who claimed that his sale was illegitimate and retained the rights over a possible transfer. Simultaneously, Real Madrid negotiated with Millionarios. Suddenly, it was a transfer deadlock – two egotistical European superpowers tussling to secure one of South America’s most revered prospects.

The case was forwarded to Arbitration, and Armando Munoz Calero, the former president of the Royal Spanish Football Federation, concluded that the Spanish clubs would share Di Stéfano on a season by season basis for four years – a laughable solution that would only invite more tension. Barcelona eventually withdrew from this debacle, and sold their share of the striker for 4.4 million pesetas.

In August 1953, at the request of the National Sports Delegation, Franco’s government imposed a ban on Spanish clubs signing foreign players to complicate the proceedings. This seemingly prohibited Barcelona’s efforts but enhanced Real Madrid’s chances, as an incredible and unexplainable loophole was conjured up, which eventually prompted the Blaugrana to surrender their opportunity to sign Di Stéfano.

Real Madrid’s masterstroke set the tone for the following decades – a period of blissful and unrivalled dominance. In October 1953, just hours after the Blaugrana’s surrender, he competed in his first Clásico. The breathtaking forward scored twice in a pulsating 5-0 win for outright owners. Di Stéfano’s dynasty in Madrid culminated in five consecutive European cups between 1955-60 – it was a statement signing that prompted a seismic shift in the football power sphere. Los Blancos were the new kings of Spain.

The calculated and cunning dictator

The chaotic ordeal surrounding Di Stéfano contributes to this enticing and visible narrative that hinted at how the government favoured Real Madrid.

Alongside Franco’s obvious affection for Los Blancos, Santiago Bernabéu, the Real Madrid president between 1943 and 1978, was a hardline right-winger and part of the forces that invaded Catalonia under General Agustín Muñoz Grandes for the Nationalists during the civil war.

After Madrid’s European spree in the late 1950s, their superiority continued into the next decades. Salvador Sadurni, Barcelona goalkeeper between 1960-1976, asserted that Los Blancos were ‘almost impossible to beat because they were Franco’s team.’ Between 1960-1975 [Franco’s death], Real Madrid topped La Liga in 10 out of 15 seasons. Sadurni’s viewpoint was part of a wider perspective that Franco’s support transformed the fortunes of Los Blancos, as he regularly attended their matches throughout his tenure.

Although there is a lack of concrete evidence to support his claim – and the obvious touch of sensationalism the Catalans have added to the story – it is undeniable that Franco sided with the team that reflected his ideology. By fighting Catalonia on the pitch, it symbolised the fight off of it. There was also an obvious and unavoidable coincidence between Franco’s public support of Madrid and their ensuing wave of success.

Ultimately, Real Madrid’s smooth, unproblematic and consistent superiority was carefully overseen by the unconquerable Franco. Success and trophies translated into his ideology and positive projection of the Castilian image. Barcelona was portrayed as simply the second best – an inferior alternative to the royal Real Madrid.

The Catalans only tasted the championship once more between 1960 and Franco’s passing. El Caudillo’s stirring influence embittered the relations between Spain’s two most notorious clubs – a rivalry that remains one of the world’s most enthralling, competitive and hateful clashes.