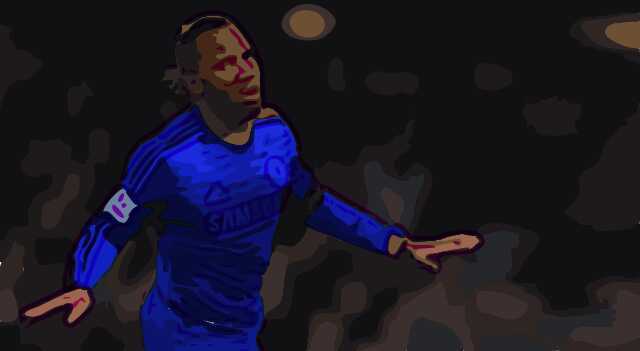 “Even when I was young, I used to get goosebumps whenever I heard our national anthem. For me, my link to my country ran very deep.”

A striker who had an intense and unbridled love for his homeland. After spending the majority of his youth in Europe, Didier Drogba had a passport for both France and Ivory Coast, but described the idea of playing for his birth country as an “undeniable pull.” So when his nation was on its knees, he conjured up an eloquent and powerful message of change, and most importantly, peace, that poetically resonated with Ivorian society.

October 2005. Ivory Coast had just dispatched Sudan with a comfortable 3-1 victory, whilst Cameroon could only muster a disappointing 1-1 draw with Egypt, after missing a crucial last-minute penalty. This unthinkable sequence of events meant that Les Elephants had sealed their first ever World Cup appearance.

This was a monumental achievement for a country that was struggling. The West-African nation had been gripped by a vicious civil war since 2002 that was split into a despairing divide. It pitched the majority Muslim north rebel faction, known as the ‘New Forces of Ivory Coast,’ headed by Guillaume Soro, against President Laurent Gbagbo’s government-managed Christian south, in a frantic and murderous spiral.

In late 2005, there was the possibility of democracy, but both sides retained their uncompromising stances and vehemently opposed any idea of reconciliation. Over 4000 civilians had lost their lives and almost one million were homeless – the Ivory Coast was stuck in a devastating stalemate of violence.

However, the shining light in the country’s darkest hour – Côte d’Ivoire’s ‘golden generation’ – qualification for their first ever international tournament triggered an unprecedented opportunity to make a statement.

Celebrations in the changing room were euphoric. The media was then directed to the away dressing room, where the Ivorian players were crowded around their inspirational marksman, Didier Drogba, who grabbed the microphone from the cameraman and spoke to his country.

“Men and women of Cote d’Ivoire, from the North, South, East and West, we proved today that all Ivorians can coexist and play together with a shared aim. To qualify for the World Cup.

“The one country in Africa with so many riches must not descend into war. Please lay down your weapons. Hold Elections. All will be better. We want to have fun so stop firing your guns.”

Drogba and his teammates rose from their knees, brimming with pride and proceeded to dance.

“We had always said that if we managed to qualify, it would be for the people, a way to ask to bring peace back to Ivory Coast, and here was our opportunity.”

It was a premeditated moment of poetic genius from Côte d’Ivoire’s most well-known player, who beautifully fused a historic sporting landmark with an impassioned plea in an attempt to mediate his country’s escape from social and political turmoil.

HEAD AND SHOULDERS ABOVE THE REST

He was crowned as African footballer of the year in 2006 – the first Ivorian to receive this honour. On 4 March 2007, the rebels and the government signed a ceasefire agreement. At the end of the month, the continent’s best player paraded the trophy through his beloved country, to most rapturous and moving reception:

“On 28 March, I travelled into the rebel heartland of Bouaké and I was escorted in an open-topped car by soldiers. Along the road, as I showed off this trophy that had now acquired such a big symbolic value – one of pride in our country and hope for the future – I felt strangely calm and not threatened. The sight of thousands of men and women lining the streets, welcoming me, many in tears, had a huge impact on me. That day made people believe we were working towards a unified country.”

Astoundingly, Drogba arranged for Ivory Coast’s AFCON qualifier against Madagascar to be moved from Abidjan to Bouaké, with the support of Soro, President Gbagbo and Jacques Anouma, the president of the FA.

Drogba recalled how his teammates were nervous to play in Bouaké, but he insisted they had to go as his nation “loved football.”

The day unfolded perfectly – opposing leaders sang the national anthem in harmonious unison before the match and Les Elephants coasted to a 5-0 victory. Drogba capped off an unforgettable memory with a wonderful finish for the fifth goal.

This triumph in rebel territory, augmented by a striker from Abidjan, was a remarkable representation of solidarity and progress. The final whistle invited scenes of jubilation as Côte d’Ivoire’s saviour toured the pitch in celebration. The implementation of Drogba’s vision provided a profound sense of hope for a lifeless society.

Three days after this, Drogba visited the villages where his parents came from to visit his grandmother, Héléne.

“The vast beauty of the countryside, the kindness of the people, everything that made me fall in love even more with my country. The car journey took five times longer than normal because of the sea of people lining the roads, people crying tears of happiness, their faces full of love. This trip allowed me to rediscover my country at a deeper level and to reconnect to my roots even more strongly. I was proud of who I was, an Ivorian at heart. But I was most proud of being able to give so much joy – and so much hope – to so many people.”

Despite Drogba’s efforts, President Gbagbo protested that the northern votes were illegitimate after he lost an election in 2010, which provoked the death of another 3000 Ivorians.

The football team couldn’t solely save the country – the dream was derailed by the selfishness of other abhorrent individuals – but their pursuit of peace signified the unlocked and unrivalled potential of football to unite, empower and galvanise society.

Drogba selflessly used his team’s triumph to alert his nation to the drastic need for unity. He delivered an emotional message that couldn’t be ignored, and used a personal victory for the benefit of his beloved nation. Much like his footballing exploits, he represented a powerful, domineering and charismatic pillar of strength.

The striker was signed by Chelsea in 2004 at the age of 26 – he was a relatively unknown entity, who had developed a respectable, but far from spectacular reputation, during his stints at Guingamp and Marseille. His arrival coincided with the beginning of Russian billionaire Roman Abramovich’s ownership. José Mourinho had an embarrassment of riches at his disposal, and could effectively sign who he pleased, but had his heart destined for Drogba.

Speaking out on beIN Sports for the first time after he was sacked by Manchester United, Mourinho said:

The Portuguese mastermind, unbeknownst to the majority of Europe, had secured the signature of a blue-blooded talisman, who would be one of the driving forces behind the club’s trophy-laden era. His nine-year odyssey across two spells in London culminated in 14 pieces of silverware. The Ivorian’s goals, presence and passion endeared him to West-London.

The face of Ivorian football is also an iconic figure of the Premier League. The arrival of the sharp-elbowed, inevitably effective Drogba, alongside the indomitable Mourinho was a masterful partnership.

The striker was an intoxicating blend of physicality and skill – he embodied all the hallmarks of an unplayable striker – quick, stupidly strong, a lethal finisher overflowing with character and a nightmare to contain.

164 goals in 381 games. Drogba holds the record for the most goals scored by a non-English player for Chelsea.

The matchwinner, who on countless occasions was the pivotal difference.

September 2006. During a tightly contested league fixture against Liverpool at Stamford Bridge, Drogba produced a display of vintage prowess.

The ball was looped towards him on the edge of the box, with Jamie Carragher touch-tight. Drogba then swivelled on the turn and powered the most emphatic strike into the bottom corner. This guy was unplayable. The arch tormentor of Premier League defenders.

Then in 2012, he repeated a similar feat against Spurs in an FA Cup semi-final. Frank Lampard’s pinpoint long ball picked out Drogba, who had his back to goal. The Ivorian expertly controlled the ball with his chest, flicked the ball away to escape the attention of William Gallas, before he unleashed the cleanest and most venomous left-footed strike into the top corner.

On both occasions, Drogba wheeled away in celebration, pumping out his outstretched arms in unison – it became a familiar and unpreventable sight for his defenceless opponents.

Two goals, 6 years apart, but equally symbolic – both encapsulated everything brilliant about Drogba.

Two golden boot wins along the way – Drogba is cemented in Premier League folklore, and is rightfully regarded as one of the most effective and relentless forces of the modern era.

Luis Garcia’s ghost goal in 2005, Drogba’s sending off in Moscow in 2008, the controversial refereeing performance when Barcelona dumped Chelsea out the following year – the Champions League had previously eluded Drogba and his teammates in the most cruel and exasperating circumstances.

19 May 2012. The 88th minute in the Allianz Arena. Juan Mata’s curling cross met with a bullet header from Chelsea’s irrepressible marksman to salvage their European dream. Drogba then slots away the winning penalty in the shootout to complete the Munich conquest.

The driving force behind the completion of Abramovich’s dream. He saved the match in normal time, then kicked the final ball to win it. Drogba’s goals were integral to Chelsea’s unlikely European journey. The catalyst of this club’s greatest night.

It was widely recognised by all of world football that Drogba had single-handedly dragged the Blues to European glory.

Mourinho, who managed Drogba in four of his Chelsea seasons, acknowledged the forward’s paramount influence.

“Drogba is a fighter. He is the kind of player I would say ‘with you I could go to every war’.”

His immense reputation and popularity was moulded by his inevitable match winning moments.

The only player to score in and win both English domestic cup finals in the same season.

The only player to score in three League Cup finals.

The only player to score in four FA Cup finals.

Most goals scored at the New Wembley Stadium.

Drogba’s list of records and achievements in finals is untouchable – he remains one of Africa’s greatest contributors to the sporting landscape. His predictable artistry was often Chelsea’s saving grace. An explosive and unrelenting outlet, who is entrenched in his country’s cultural tradition and English football folklore.

Respected and revered by the world, he typified everything associated with a deadly striker and a humble human being.

To this day, Chelsea is still searching for a figure to replicate his colossal talent and mentality.

Truthfully, he is irreplaceable.