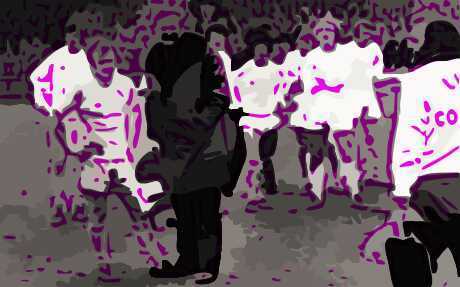 This is a pivotal year for yours truly in as much as it is the first one that I have more than just the odd spec of recollection of. It was the year I turned five, and while I do not recall footballing events of the year, I do at least have a host of personal (and useless) memories.

Anyway, seeing as I am not sure anybody is particularly interested in reading about my first day at school, or my family holiday to Torquay, let’s get on with the football, shall we?

January 1st 1973 was ushered in with Liverpool sitting atop the First Division with 38 points from 25 games – two points for a win, remember – with Arsenal three points behind having played a game more. Third were Leeds United a further two points adrift, while defending champions, Derby County, led by the controversial Brian Clough, were in sixth spot with 27 points but were through to the quarter-finals of the European Cup after early round victories over FK Željezničar from Yugoslavia, and Benfica of Portugal.

The qualifying stages for the 1974 World Cup were underway, and England, after being comprehensively trounced by West Germany in the 1972 European Championships, were in a group with Poland and Wales. A single-goal victory away to Wales was a more than satisfactory start and when the two sides met at Wembley at the end of January 1973, nothing other than a home victory and four points out of four for England was predicted.

Things did not go exactly to plan, however, and the best England could manage was a 1-1 draw. When Poland lost 2-0 to Wales in their first match in March, it threw the group wide open already.

Edward Heath was Prime Minister of a Conservative government, with Harold Wilson leader of the Labour opposition party. Lighting up the charts was the musical abomination that were the Osmond family, with “Little Jimmy” strutting his stuff at Number One with ‘Long-haired Lover from Liverpool’ and, even worse, the whole Osmond clan two places lower with ‘Crazy Horses’.

Who knows, perhaps Emlyn Hughes and his Liverpool teammates saw this as an omen and were responsible for snapping this one up in bulk?

The FA Cup kicked off with defending holders, Leeds, being drawn away to Norwich City, then struggling against relegation. Leeds made a bit of a pig’s ear of getting past the Canaries, needing three games to do so before finally triumphing 5-0 in a second replay at Carrow Road.

Liverpool’s place at the top of the league owed much to their superb home form. In twelve league games played from the start of the season to New Years’ Day, Liverpool had maintained a 100% record, and this, added to nine straight home league wins at the end of the previous season, set a new league record of 21 consecutive home victories.

In March, the Football League Cup Final was played at Wembley and Bill Nicholson and Ron Saunders led their Tottenham Hotspur and Norwich City sides out onto the lush turf. A not particularly inspiring game followed with Spurs substitute, Ralph Coates, scoring the only goal of the game on 72 minutes.

In the news, the United Kingdom entered the European Economic Community, as did the Republic of Ireland, while ‘troubles’ in Northern Ireland continued with murdering thugs on both sides of the divide continuing to shoot, bomb and maim innocent men, women and children both in the province and on the UK mainland.

Pink Floyd’s seminal album, ‘The Dark Side of the Moon’, was released and would go on to sell millions of copies.

The race for the title morphed into a two-way battle between Liverpool and Arsenal, with Leeds the unfancied outsiders. Arsenal came to Anfield on 10 February and inflicted a first home defeat on Liverpool to take over at the top of the table and become favourites to regain the crown they had won two years earlier. An Alan Ball penalty and a John Radford strike did the damage as far as Liverpool were concerned.

It was a wobble Liverpool could have done without, but a run of five straight victories put the title charge back on course while a victory over Dynamo Dresden in the UEFA Cup quarter-finals set up an all-English last-four clash with Tottenham Hotspur.

Leeds United also kept going in Europe with a victory over Rapid București and secured a semi-final match-up with Hajduk Split, while Derby County overcame Spartak Trnava to set up a clash with Italian giants, Juventus, for a place in the final.

As April approached, VAT was introduced in the United Kingdom for the first time and Cliff Richard was charged with performing the UK’s entry in the Eurovision Song Contest. No doubt he ranks his eventual third-place finish with ‘Power to All Our Friends’ as being amongst the highlights of his almost 70-year career.

The first few months of 1973 saw a rash of breakout new comedy shows on television. Those making their mark for the first time included, ‘Are You Being Served’, ‘Some Mothers Do ‘Ave ‘Em’, ‘Whatever Happened to the Likely Lads?’ and pilot shows of ‘Porridge’ and ‘Open All Hours’.

Burnley and Queens Park Rangers were setting a pace at the top of the Second Division that Aston Villa, Bristol City and Middlesbrough were finding hard to handle as members of the chasing pack, while Sunderland – led by Bob Stokoe – were on the fringes of the promotion chase but concentrating more on an upcoming FA Cup Semi-Final match up with double-chasing Arsenal at Hillsborough.

The other Semi-Final, being played at Maine Road, featured Leeds United and Wolverhampton Wanderers and so the very real possibility of a repeat of the ‘72 final when Leeds defeated the Gunners was on the cards. Unfortunately for Arsenal, though, Sunderland didn’t read the script and a well-deserved 2-1 victory put them through to a May 5 showdown at Wembley against Leeds who beat Wolves by a 1-0 scoreline.

When the semi-finals of the European competitions kicked off, there was drama aplenty. Liverpool won the first leg of their UEFA Cup clash with Spurs by the only goal of the game at Anfield to keep them on course for a double, while Leeds achieved an identical scoreline at home to Hajduk Split.

The real drama, however, was occurring in Turin where the Old Lady of Italian football, Juventus, were clashing with Brian Clough’s Derby County. A fractious game that has gone down in infamy was played out on 11 April 1973, and while the bare facts of the game point to a 3-1 home victory, Clough, and his managerial partner, Peter Taylor, went to their graves believing the game to be fixed.

Contentious decisions went against Derby all night and so incensed was Clough after the game that he was moved to make comments in the press conference relating to ‘cheating Italian bastards’. It was this reaction that played a significant part in ensuring that Clough never realised his dream of managing England.

At the time, though, he did seem to have a point.

Before the game and again at half-time, the West German referee, Gerhard Schulenburg, was seen in deep conversation with compatriot, Helmut Haller, a Juventus player, and this raised both suspicions and hackles. What was worse though was the number of decisions given against the English champions, particularly in the second half.

With the Italians taking a more aggressive stance in the second period, and seemingly booting anything that moved, it was actually the Derby duo of Archie Gemmill and Roy McFarland that picked up bookings, both for fairly innocuous challenges, thus putting both out of the second leg.

Although Derby had their chances in the second leg at the Baseball Ground a fortnight later, including missing a penalty, the resultant scoreless draw saw Juventus into the final. Writing years later in his autobiography, Clough stated:

‘The lousy stench still fills my nostrils when I think of the attempts at corruption. UEFA later carried out some kind of inquiry, but the truth has remained somewhere swept beneath the carpets in the corridors of power.’

While Derby were falling at the ultimate hurdle, Liverpool and Leeds were just about hanging on to their slender first-leg leads to progress to the UEFA and ECWC finals respectively. Liverpool triumphed against Spurs on the away goals rule despite a 2-1 defeat at White Hart Lane, while Leeds ground out a scoreless draw against Hajduk Split and so progressed 1-0 on aggregate.

Thus, Leeds had two cup finals to look forward to as compensation for missing out in the chase for the title to Liverpool and Arsenal who continued to battle things out to the season’s conclusion.

As the pop group ‘Dawn’ implored the nation to ‘Tie a Yellow Ribbon Round the Ole Oak Tree’, Liverpool defeated Leeds United at home before securing the point they needed to take the title a few days later with a 0-0 Anfield draw against Leicester City.

April then ticked into May with three cup finals to grab the nation’s attention with two of the major players of the early 1970s. Liverpool and Leeds were both looking to secure a double for the season. Liverpool would face Borussia Mönchengladbach over two legs in the UEFA Cup Final, while Leeds faced Milan in the final of ECWC in Greece on 16 May 1973, eleven days after clashing with Sunderland at Wembley in the FA Cup Final.

In the second instalment of our look back at 1973, we will have a look at how these cup finals all panned out, as well as at the second half of the calendar year. We will also examine the progress being made by the home nations as they attempted to secure qualification for the 1974 World Cup, as well as taking a sideways glance at some of the events and happenings in the news away from football.