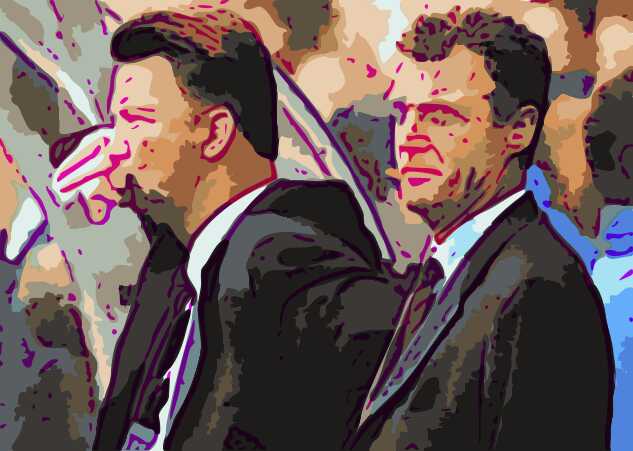 On the face of it, it’s weird isn’t it, just how good at a sport a country as small as the Netherlands can be? Football is of course more than that, but it’s not always that we associate Ons Oranje with not being at a World Cup. This is noticeable, especially when you consider this 2022 edition and just how good they’ve been. Well, before yet another fine generation of Dutch talent take to the pitch against Messi’s Argentina in the quarter-finals, I thought I’d look back at a less fruitful tournament in Dutch football history.

The country’s football sphere before the tournament in South Korea and Japan 20 years ago should’ve been a precursor to victory. Louis van Gaal was the boss and after their emergence in the mid 90s, the Netherlands boasted a supreme list of names to take on world football. However, it was hardly that simple.

Ajax laying the groundwork with a familiar face

Flashback to 1995. Ajax’s Champions League win over AC Milan in Vienna looked to encapsulate the birth of a second ‘Golden Generation’. In that squad, led at the time by van Gaal, was basically the core of the national side to come. There was Edwin van der Sar in goal. Frank de Boer and Michael Reizinger were at the back. Yard eating midfield warriors Edgar Davids and Clarence Seedorf battled on. Ronald de Boer and Marc Overmars took the side forward. The experience of Danny Blind and Frank Rijkaard imposed a certain authority – keeping the youthful energy in line. Aside from the Finnish phantasm of Jari Litmanen and the vitality of Nigerian Finidi George, van Gaal had helped construct a homegrown oriented line-up.

Pair this Ajax with a largely transitional Dutch side, the future had fans on tenterhooks. On one hand, there was no more van Basten. Gullit clashed with manager Dick Advocaat and the 1994 World Cup had been a frustrating outing. Old clashed with new and the men in orange tumbled out at the hands of the green and yellow of eventual champions Brazil in the quarter-finals.

So near, so far

Under Guus Hiddink at Euro ’96, it was to be another exit at the quarters – on this occasion, it was executed by the French on penalties. The team had struggled with internal issues, but the fact the unit had gone as far as they had, pointed at a side that had the potential to take the glory if every facet was catered for adequately.

World Cup qualifying for 1998’s tournament showed glimpses of a smoothly running orange machine. Although drawn in a tough group that included Turkey and Belgium, Hiddink was given another chance to coach the squad. Previous issues looked to be neglected and Holland topped the group with relative ease. At this point, there was an element of evolution as yet another football cycle turned over. The previous ‘new’ of Davids, Seedorf and Overmars were now exciting, reputable mainstays. Bled into a team that already had Dennis Bergkamp and Jimmy Floyd Hasselbaink, there was yet more integral youth involvement. The poster child for this was one Patrick Kluivert. The youngster had of course already made waves with Ajax (especially with the Champions League winner in ’95) and was now spurred on by a move to AC Milan.

The striker scored two that tournament, alongside de Boer and Overmars in a concerted effort that reaped a semi-final appearance. Again though, the nightmares of the last two international tournaments had borne a deadly lovechild. A penalty defeat. To Brazil. In France. Oh no. Matters were made worse by a third place playoff defeat to a Davor Šuker driven Croatia – who had punched well above their weight. Hiddink then stepped down for Frank Rijkaard, ready to co-host Euro 2000.

2000. A parallel metaphor to many of the current group of ’22 that were in their infancy, the Euros laid bare a lot of potential. It was dually hosted with neighbours Belgium and an old legend was steering a ship that was now chocked full of world class talent. Home confidence is part and parcel for host nations, with a lack of qualifying, but when it turns to expectation – that’s a hard line to tread.

There were group-topping victories, but they weren’t all that convincing aside from a 3-0 win over Denmark. They scraped past the Czechs in the opener. They made a win over effectively France B much more difficult than required. The knockout stage brought about a blistering confidence-boosting 6-1 drubbing over Yugoslavia, but Semi-final penalties were a recurring foe. An excellent passage reflective of David Winner found via an Australian website sums up the proceedings well:

Author David Winner wrote in Brilliant Orange how he put his coat on before the shootout and stood watching it next to the door in the corner, wanting a quick escape. From there he slowly pedalled his bicycle through the orange streets of silent people wearing their no longer funny orange wigs, some shouting into their phones:

“But how could they do it? How can you miss five penalties in one game?”

How could they indeed? Although Rijkaard had the capabilities as a player, his role as manager was ultimately less effective. Like other figures before him after defeat, he resigned. Thus, for his first spell, Louis van Gaal entered the fray.

Van Gaal and the Netherlands looked to be compatible. He was at a loose end after a Catalan exit following a disagreement with the Spanish press in Barcelona. In addition, the qualification group on the face of it didn’t look to be too much of a challenge. This could be it. Get to this tournament and put the losses behind you. Estonia, Cyprus and Andorra should be routine right? Even the Republic of Ireland. Portugal looked to be the biggest challenge. Opening at the Johan Cruyff ArenA, it seemed however a little more difficult.

A fractured, injury depleted side struggled against Ireland who took the lead with Robbie Keane and Jason McAteer. A late comeback secured a point, but this was an early warning light. Four goals past Cyprus was a short term remedy, but again a lacklustre performance against Portugal left van Gaal’s side bereft. Home crowds were effectively wasted, it was now a daunting travelling task. Dublin and Porto laid in wait to welcome the Oranje. Alas, it was far from welcoming.

A tactical slip from van Gaal, replacing Boudewijn Zenden with Roy Makaay ultimately sacrificed a Dutch lead, as Portugal overcame a two goal deficit to grab a draw, with Luis Figo converting a late spot kick. At Landsdowne Road, the men in orange were four points adrift but with enough games to make a difference IF a win was secured. Unfortunately, the Emerald Isle prevailed. Roy Keane broke the Dutch stars down- both physically and mentally, with some tackling that would be considered abhorrent these days. Despite a red card, the Irish didn’t allow any rhythm for the visitors and a McAteer goal was enough to cancel any trips to East Asia.

Lessons learned? A look to now and van Gaal’s third stint at the helm

Looking back, it’s clear 2002 isn’t really an isolated incident. Instead of an explosion of victory via frustration – the lack of qualification rather represented a whimpering, tired breakdown. Underachievers burdened perhaps by individual success and expectation.

Players from the best teams in Europe had failed to gel amidst an association that was happy to let managers come and go after each passing failure. Of course, if you’ve got to this point, you’ve seen van Gaal in the Dutch dugout again. The high fives in Brazil 2014. The cool head in the heavy heat of Qatar. This could be a redemption arc. There is trust there clearly, although a lot of those poor performances 20 years ago were tactical ineptitudes on his part. Makaay on for Zenden against Portugal. Four strikers (?!) in a balls to the wall approach against Ireland.

Fling it forward to now. The orange kit is back on the world stage. So far, the Netherlands haven’t exactly set the tournament alight with their football but it has earned results. Countering the glitz and glamour of the side two decades ago with a determined line-up there’s a mix of stars and determination. This next game against Argentina is a totally different challenge. However, with the unfazed facades of Virgil Van Dijk, Cody Gakpo and co – the players’ attitude is first and foremost. 2002’s failure belongs deep in the rear-view mirror.

‘The players respect our coach, he is strong and marvellous. Everyone knows what their responsibility is and it is important if you play in the Dutch squad that you bring a team spirit along. It is clear that all of us want to give him a wonderful tournament.’ –