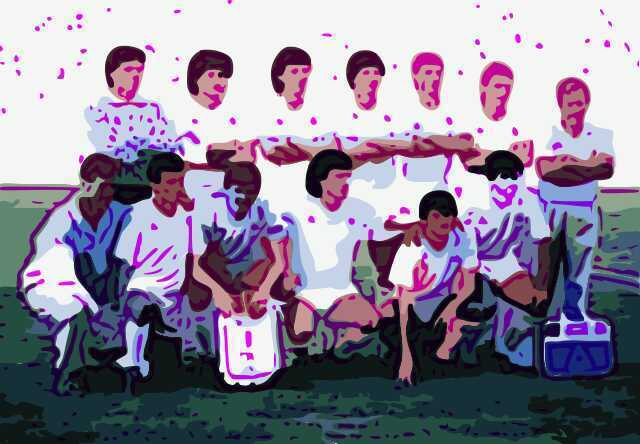 This piece originally featured on That 1980s Sports Blog

Uruguay entered the 1986 World Cup as one of the favourites; they left with their reputation in tatters.

Like it or not, there has always been a place in sport for a pantomime villain. The kind of behaviour that generally unifies opinions, as a competitor or team acts in a way that brings derision from all quarters. Think of the 1982 and 1986 World Cups, and the names Harald Schumacher and Diego Maradona immediately spring to mind.

Although Maradona did bend the rules against England in that famous quarter-final, he demonstrated his bewildering brilliance just a few minutes later, and forevermore he will receive the acclaim he deserves for his role in Argentina’s second World Cup triumph. English eyes may not view him with total admiration, but rightfully he was revered by many after his Mexican exploits.

You couldn’t say the same about the Uruguayan national team, though. Entering the tournament as one of the favourites, the reigning South American champions were written about in glowing terms before a ball had been kicked in Mexico. Yet soon the column inches would be filled only with negative reports, as Uruguay’s strong arm tactics left a sour taste in the mouth.

Coached by Omar Borras, the team had enjoyed a 13-match unbeaten run during 1984-85. But in the next year defeats followed against Chile, Peru, Colombia, Brazil and France, then in April 1986, the team would give a good indication of what was to come during the 1986 World Cup, involved in an ugly brawl with Mexico that saw both teams fined £2,500 by FIFA. It wouldn’t be the last time that Uruguay swelled the coffers of football’s governing body.

Maybe the Uruguayans subconsciously approached the tournament with the wrong attitude. After all, Borras had spoken of the Group of Death following the draw that had seen his team grouped with West Germany, Denmark, and Scotland. Getting out of that group would be hard enough; Uruguay, on a poor run of results in recent times, would come out fighting.

“In Francescoli and Da Silva, Uruguay have probably the best two players in the tournament, capable of emulating Pele and Tostao in the previous Mexican finals,”

David Miller wrote in the Times, adding that the team was

“compact, skilful and tactically disciplined.” One final comment, though, would be prescient: “Whether they are temperamentally disciplined remains to be seen.”

In what was referred to as a bruising and brutal opening encounter, the Uruguayans were only five minutes away from a vital victory against West Germany when Klaus Allofs equalised. But Uruguay had given everyone an indication of their approach to the task ahead. Just 25 seconds in, Nelson Gutierrez hacked down Rudi Voller, and the Times noted that Uruguay’s “cynical tackling went largely unchecked throughout.”

Admittedly, Uruguay picked up the only two bookings of the match, and they were involved in a few other robust tackles, but the West Germans were no shrinking violets. Borras certainly felt that his team had received a bad press.

Uruguay did have one ally in German manager Franz Beckenbauer, who noted that

“It was a rough game, but it stayed within acceptable limits.”

But Denmark’s manager Sepp Piontek was not convinced.

“If that match had been in Denmark, three Uruguayans would have been sent off,”

he claimed. Uruguay would be lucky to keep ten players on the pitch in their next match.

Denmark were rightly praised for their beautiful football during the 6-1 demolition of Uruguay. There would be less love coming the way of their opponents.

“Uruguay had cast themselves as the Draculas of the tournament, so how pleasant it was to see them get thumped,”

reported the Times. It was an opinion shared by many.

The trouble started as early as the fourth minute, with Michael Laudrup kicked in the face, and Miguel Bossio would receive his marching orders as early as the 19th minute. Already booked for a foul on Laudrup, the midfielder swung wildly at Frank Arnesen to leave Uruguay exposed for the rest of the match.

Quite how Jorge da Silva stayed on the pitch is a mystery. Booked in the first half, his maniacal lunge on Jens Jørn Bertelsen could have been a straight red on its own, even by the more lenient standards of 1986. There would be more examples of brutality as the pressure mounted on FIFA to step in before Uruguay’s final group match against Scotland.

The criticism just kept on rolling in.

“Uruguay are the most disgraceful team in Mexico – a bunch of cynical, play-acting cheats who will apparently stop at nothing,”

“I fear for Gordon Strachan against Uruguay,”

“They will simply chop Strachan down if he beats them. I just pray that he is not seriously injured.”

Needing a point to progress to the second round, the South Americans were always liable to be defensively uncompromising, as the Times put it. And after only 40 seconds, Littbarski’s concerns were realised. Strachan, receiving the ball from a throw-in, was unceremoniously hacked down by Jose Batista. Referee Joel Quiniou, under pressure to stamp his authority on the game, acted quickly.

In truth, Batista’s tackle may not have deserved a red card in the climate of the time. But the pre-match discussions involving Uruguay’s approach in the World Cup must have had an impact on the French referee, who produced a red card in record time.

“The decision precipitated the match into the ugliest of moods, Uruguay boiling with resentment throughout,”

Miller wrote. Down to ten men so early, Uruguay dug themselves into a trench.

The game became scrappy, as the fouls continued, and Uruguay stretched gamesmanship to new levels. Scottish players were spat at, and Quiniou was jostled at half time, with the Daily Express reporting that an estimated 21 minutes were lost through Uruguayan time wasting. Scotland could not find a way through, and come the final whistle, the villains celebrated whilst the crowd booed.

“Uruguay showed the ugliest face of football with a disgraceful, cynical assault on the good name of the game,”

“These people have no dignity at all. If this is world football I’m glad to be going home. I can’t understand why Omar Borras is defending his team.” Scottish FA Secretary Ernie Walker certainly didn’t hold back: “There were ten cheats and cowards, the scum of world football.”

Through it all, Borras cried foul, calling Quiniou a “murderer”, this comment and his team’s ungentlemanly conduct towards the referee earning him a touchline ban for Uruguay’s second round defeat against Argentina. Also fined 25,000 Swiss Francs, there were few tears shed when Borras and his team were sent packing.

“Through their approach to their football in the World Cup, Uruguay have made, perhaps, a billion enemies around the globe.”

Simon Barnes’ words echoed the thoughts of many.

“The worst hooligans in this World Cup have not been wearing scarves but the national jersey of Uruguay,”

Steve Curry added in the Express. I think you get the picture now.

With nine yellow cards, two dismissals, and a touchline ban imposed on their manager, Uruguay certainly made their mark in Mexico. Leaving the country, the Uruguayans claimed they had been victims of prejudice and bad refereeing, and they made no apologies for their behaviour. You sometimes do have to have a grudging bit of respect for a pantomime villain.