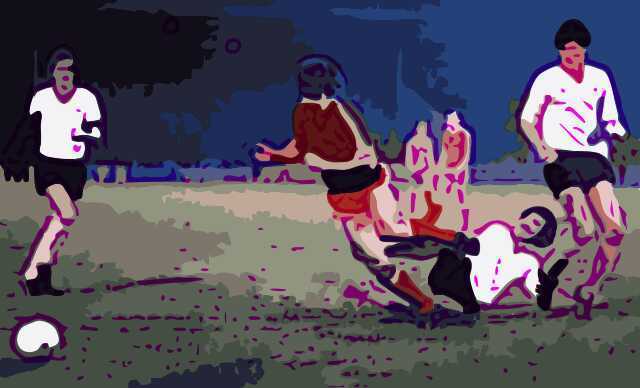 With Liverpool and Glasgow Rangers having been drawn together in the same Champions League group, it meant we had to look forward to the invariable ‘Battle of Britain’ headlines at least twice this season, as the men from Anfield and Ibrox did battle. On both occasions the English side came out on top, winning 2-0 in the first match in Liverpool, before trouncing the Scottish side 7-1 in Glasgow.

That the games would be the first-ever competitive coming-together of the two clubs certainly were another factor adding to the games’ lure, although had both sides won their respective European finals last May, they would have met for the first time in this season’s European Super Cup Final.

The fact that they met in the slightly less than do-or-die settings of the group stage rather than the winner-take-all format of the knockout stages did nothing to dilute the excitement (and hype) of the clashes. However, there is no doubt that there is something even more special about a straight knock-out clash. Should club sides from England and Scotland ever meet again in one of Europe’s major competitions, then the hyperbole is likely to go off the charts.

A quick trawl through the history books shows that in almost seventy years of the European Cup or Champions League, there have only been four such coming togethers, and only three of these being bonafide occurrences of the champions of England meeting their Scottish counterparts.

The first of these match-ups took place in the 1969-70 season when English League Champions, Leeds United, met Jock Stein’s Celtic over two legs in the semi-final of the European Cup.

After several near misses, Don Revie’s men had finally taken their inaugural league title in 1969, finishing six points ahead of Liverpool with a then-record 67 points under the two-points-for-a-win system. The following season had seen Leeds continue the good work and make a storming effort to not only retain their title, but to also add the FA and European Cups to the trophy haul for a historic treble.

As Easter approached, Leeds were still well in the hunt for all three trophies, but a massive effort against Manchester United in a FA Cup semi-final three-game marathon took a lot out of Revie’s men and their league form began to suffer. By the time the semi-final of the European Cup came around, league success was looking like a long shot and the best road to success seemed to be the cup ones.

Having reached the semi-final stage by beating SK Lyn Oslo, Ferencvaros and Standard Liege, Leeds were perhaps slight favourites to overcome Celtic in the last four. Celtic had, of course, won the trophy three years earlier in Libson and were in the middle of winning nine successive league championships. Also still involved in the Scottish Cup, Celtic were thus chasing a treble of their own.

The stage was all set for the first leg at Elland Road on April Fool’s Day, 1970. Leeds were feeling the strain of a long hard season more than Celtic, with a host of injuries and barely fit players. Even so, it was a surprise when they found themselves a goal behind after barely two minutes of the game had been played. A mix-up in the Leeds defence led to a George Connolly shot being deflected past Gary Sprake for the only goal of the first leg.

Despite a bullish Don Revie insisting there was still all to play for in the second leg a fortnight later, the odds were now very firmly stacked in Celtic’s favour. By the time the second leg came around, Leeds had met and drawn with Chelsea in the FA Cup Final at Wembley, so were facing a replay at Old Trafford.

The second clash with Celtic took place at Hampden Park rather than Parkhead and was watched by 136,505 people. Leeds played much better in the second leg than they had fourteen days earlier, and a Billy Bremner effort put them ahead in the first half and brought the tie level overall. In the second half, though, Celtic levelled and then an injury to Sprake disrupted Leeds’ flow. It was no surprise when Celtic added another to win the game 2-1 and the tie 3-1 on aggregate.

It was a bitter blow for Don Revie who never again competed in the European Cup, and it was made worse two weeks later when Leeds lost the FA Cup Final replay to Chelsea and so ended the season empty-handed. Celtic would complete the season as league champions once again but would lose the European Cup Final to Feyenoord and the Scottish Cup Final to Aberdeen.

By 1980, the Old Firm of Celtic and Rangers was firmly established with most major honours, and the league championship, in particular, being taken as a matter of routine by one or the other of the Glasgow giants.

Then Along Came Polly….er….I mean, Fergie.

Alex Ferguson took over as manager of Aberdeen in 1978 when Billy McNeill left for Celtic and by 1980 the Dons were league champions and playing in the European Cup. A very hard-fought 1-0 aggregate victory over Austria-Wien put Fergie and his boys into the second round where they were matched up against Liverpool, who had overcome OPS of Finland by an 11-2 aggregate in the first round.

The tie was eagerly awaited on both sides of the border with it falling amidst one of the frequent periods of Scottish football in which the home-based media seemingly has it in for Anglo-Scots – those Scottish players plying their trade in the English leagues. There had been some sabre-rattling and trouble-rousing amongst the Scottish press wondering out loud why the likes of Kenny Dalglish, Graeme Souness, Alan Hansen, et al, would find it necessary to forgo the treasures and pleasures of tartan-based fitba’ for the pasty version on offer south of the border. These players, so the argument went, had turned their backs on their country and so shouldn’t be selected for the national side – for which they usually underperformed anyway.

Some of the Aberdeen players took up the cudgels and were quoted at length saying how they considered their side matched that of the Anfield men on a one-to-one basis, and had the edge in team effort, application and spirit. Bob Paisley joined in the fun and told the press boys that Aberdeen’s young starlet, Gordon Strachan, was ‘the best player in Britain’ and ‘easily worth £2 million’ in the transfer market. These quotes were made with a twinkle in the genial Paisley eye but with the intention of slightly unsettling the young winger, who the home-based journos were pressing for inclusion in the national side – possibly in place of Dalglish.

Anyway, after all the pre-match banter was out of the way the two sides lined up for the first leg at Pittodrie on October 22nd, 1980. No sooner had the sides settled into their strides, however, when Liverpool took a firm grip on both the match and the tie. A free-flowing move of one-touch football ended with forward David Johnson sliding a ball into the channels for Terry McDermott to chase. From the left side of the penalty area, McDermott clipped a delightful chip across Jim Leighton in the Dons’ goal and Liverpool were ahead.

It was a lead they were never to relinquish. Although the home side enjoyed a fair share of the ball, Ray Clemence in the Liverpool goal was rarely if ever threatened and Liverpool ran out as comfortable 1-0 winners as is possible to do so.

Aberdeen and their legions promised that the tie was far from over going into the return match on Bonfire Night, and they rocked up at Anfield determined to ‘give it a real go.’

Unfortunately, so did Liverpool.

After withstanding some early Aberdeen pressure, Liverpool clicked into gear and scored two unanswered goals before half-time, effectively ending the tie as a contest. First, the unfortunate Willie Miller put through his own goal, and then England full-back Phil Neal finished off a typical flowing Liverpool move to put Paisley’s men almost out of sight. Further second-half strikes by Dalglish and Hansen were merely the icing on the cake for Liverpool and salt in the wounds for Aberdeen.

The result was sobering and bordered on humiliation for Ferguson and his team. Although the scoreline was slightly flattering for Liverpool, there was no doubt that the Anglos in the team, and in particular Hansen, had been particularly riled by comments in the press before the game. There were also hints that perhaps some of Liverpool’s subsequent celebrations in the changing room and on the Kop had been slightly over the top also, and some quarters have it that these factors combined to leave Ferguson with rather a Liverpool-tinted sour taste in his mouth that he never quite forgot or got over.

Liverpool would go on to win the European Cup for the third time in Paris the following May, while Aberdeen would find their own European glory two years later, when they beat the legendary Real Madrid in the final of the European Cup Winners’ Cup in Gothenburg.

In the next instalment of this two-parter, we will move into the 1990s and the Battle of Ibrox, as well as having a look at matches played in the new millennium.