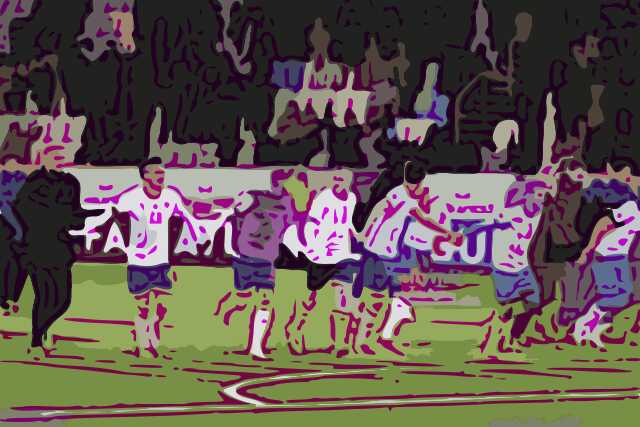 Another international break has come and gone. Of course, for readers of the English persuasion, this is excellent news. Although we saw a six-goal rollercoaster of a game against Germany, the majority of fans are glad to receive their final dose of ‘Southgate Ball’ for a while.

As England spluttered through the Nations League, a small island country around 500 miles north have been enjoying a different run of form. Just put the possibility of England not getting past the RO 16 to the back of your mind, as this week we’re moving away from the Three Lions and looking at the recent splendour of the Faroe Islands.

Minnows take Turkey to the slaughter

We should start this article back on Sunday at the Tórsvøllur Stadium. The 5,000 capacity ground in the capital city, Tórshavn, witnessed a veritable giant killing – 125th ranked Faroes beating 42nd placed Turkey. The visitors arrived looking down from the summit of Group 1, League C and were firm favourites in this match. With a lineup powered by stalwarts at the likes of Fenerbahçe and Galatasaray, Turkey pushed their North Atlantic hosts from the start. They’d beaten the Landsliðið 4-0 in the Nations League reverse fixture in June. However, adrift at third in the table – the Faroese had nothing to lose and really played as such.

The men in white managed to stop the creativity of the table toppers. Relying on some invaluable goalkeeping from Teitur Gestsson and a staunch defensive rear guard, the Faroe Islands managed to keep it goalless at half time. They even survived an offside scare. Five minutes before the break, Turkey had the ball in the net. However, Kerem Aktürkoğlu’s fine lob was chalked off for offside, as he drifted behind the defensive line.

Admittedly, Turkey had looked on top. Individually they of course employed a higher level of footballer. Yet, what the Faroe Islands had, was creative freedom. Turkey were yet to drop points and wanted to wrap up in style. The hosts had other ideas and with a devil-may-care attitude, the second half looked there for the taking. Turkey were hit with a double whammy – leaving their hopes for a flawless finish flattened on the artificial turf.

First, on 50 minutes, Viljormur Davidsen latched on to a top cutback from Sølvi Vatnhamar. The Turks were half asleep as the left-back took a touch and sauntered on to the nicely set up size five. Fizzing goalward, it looked ready to test Altay Bayindir but his defender diverted the ball past him.

Just eight minutes later, the Faroes then looked to create a lunar eclipse of their rivals with the crescent moon crest. Jóan Símun Edmundsson (striker plying his trade with KV Beveren in Belgium) emphatically thundered home. His finish reflected the hallmarks of a historic goal for his country, as it had similarities to Mario Götze’s sumptuous strike from an angle to win the 2014 World Cup. Perhaps not sharing the same weight as the German, this goal still sent the home crowd ballistic.

Despite Turkey getting one back in the dying embers of the game, the Faroe Islands’ remarkable Nations League flame could not be extinguished. Serdar Gürler’s goal on 89′ was simply a footnote in an intriguing new chapter for a country that only received FIFA membership in 1988.

The win against Turkey was remarkable in every sense. The Faroe Islands have a population of just 54,000 people – a number that Turkey dwarves in comparison. The transcontinental country is over 1,726 times larger in this regard, according to European football twitter outlet, The Sweeper. They also note that Turkey is a whopping 526 times bigger in terms of surface area. And you thought Iceland’s victory against England was a giant killing?

Sunday’s victory also saw the Faroe Islands carry on unbeaten in four games. It’s the longest undefeated streak in their history and marks an exciting new era for the minnows. So, what of the islands’ football history?

Of course, football on the Faroes existed before their 1988 FIFA membership, but how long do you want this article? Over the decades since, the highs and lows have been polarising. The Faroe Islands made football history on the 12th of September 1990 when they beat Austria 1–0 in their first-ever competitive international. With Torkil Nielsen getting the only goal, it was a good start indeed. Interestingly enough, Nielsen is widely regarded as one of the islands’ best chess players. Checkmate then, Austria. (Goalkeeper Jens Martin Knudsen was also marvellously bobble-hatted by the way).

One month later, reality struck as Denmark walloped them 4-1. Huge defeats came at the hands of Yugoslavia, Romania and Norway. All by seven goals to nil, Yugoslavia would go one better and thrash the Landsliðið 1-8.

Regardless, in the mid 90s, Faroese football generally continued on an upward trajectory. Good results came against stronger teams. Additionally, Swede Allan Simonsen was appointed head coach in 1994. The former Borussia Mönchengladbach and Barcelona player looked a real steal and he arrived with ambition. In his seven year tenure, he asked the islands’ football administration to lengthen the league season, as well as improving scouting for talent at club level. These were important steps, as the amateur side were lifted to professional standards.

Other notable results and a look forward

Slowly, as the quality of football grew, the Faroe Islands grabbed a few scalps before this victory against Turkey.

In 2001, Luxembourg would be beaten twice. A year later, the mighty Faroes would draw 2-2 with Scotland. A period that is forever fabled comes quite a while later against Greece. In November of 2014, in a Euro 2016 qualifier, the Greeks were beaten 0-1. At the time, The Guardian reckoned the win was the biggest ever upset in terms of rankings – as the 187th placed side beat the 18th placed Ethniki. Less than a year later, that same Greek side were beaten again, this time at home, where it ended 2-1. These two wins alone saw the hosts move from 187th all the way up to 74th in the FIFA rankings.

Throwing it forward to the present day and beyond, the Faroese national team has thirteen full-time professionals playing in the Belgian, Norwegian, Danish, Swedish and Icelandic leagues. Compare this to that 1990 team who won the country’s first international under FIFA, that team was entirely made up of amateurs. After this latest victory, growing professionalism and a knack for the shock victory intertwined with their national football identity, it makes you wonder…

Home is where the heart is: the power of stadia (part two)