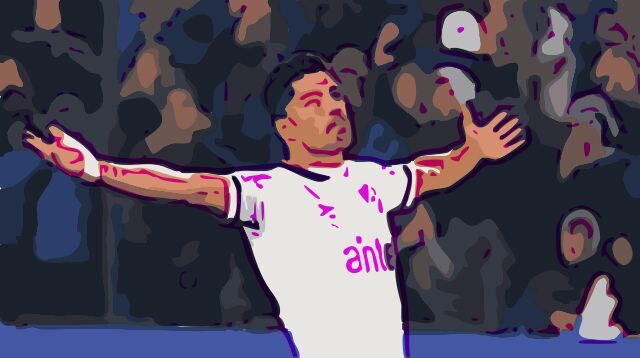 Luis Suárez. It’s a name synonymous with so much. The big moments, the goals… the controversy. From purely a football perspective, “El Pistolero” is known as one of perhaps football’s great modern strikers. Recently, he popped into my newsfeed, a forward approaching the twilight of his career, on the move back home. In a beautifully cyclic fashion, he’s back at his first team Club de Nacional in Uruguay’s top division. As I watched him ping one into the top corner against rivals Peñarol, it got me thinking back to where it all began. Before the goal romps (and chomps) around the world stage, how did the Luis Suárez known to us emerge from humble beginnings? Let’s go back to where it all began.

Initially, our story begins in Suárez’s city of birth, Salto. Born on the 24th of January 1987, he grew up in the capital of the north western region. In his early years in the Cerro neighbourhood, he took to football in no time. In 1991, he started playing with his local side Artigas de Salto. (Pictured back row, right).

When he was still just a lad, his family upped sticks and moved to Uruguay’s capital. Despite this difficult move, Suárez’s early love for football moved with him to Montevideo and he continued youth football with Urreta. Looking back in a documentary piece with HYPEBEAST in 2018, the serial goal scorer recollected:

On arrival in the capital, Luis continued playing his beloved sport and after six years with Urreta, he piqued the interest of Uruguayan giants Nacional. However, his getting used to the big city wasn’t all that easy. Childhood coach at the small neighbourhood club, Antonio Di Candia, spotted the youngster’s potential. Yet, he had to work him hard to improve both on and off the field. From the same documentary:

“He was the typical kid that comes from the interior of the country to the big city. His mother sometimes came and complained that he wasn’t doing well in school and we’d tell him he wouldn’t be able to play. They were those typical threats from a coach to a player for them to study.”

Di Candia truly had his work cut out with a young Suárez. According to the coach, the signature ever-present features of the forward’s game were always there. He enjoyed the fighting and the clashes. He revelled in the chatting and complaining. Gamesmanship was seemingly in his blood.

That aside, it didn’t stop Luis from being picked up by the Tricolores of Gran Parque Central stadium. Nacional took on Suárez at 14 and already he looked to make waves in the youth setup. Yet again though, as is typical in hindsight, his progression wasn’t exactly plain sailing. His pent up life at home with two parents and six(!) brothers was clearly unleashed on the football field. Famously at 16, Suárez headbutted a referee – disagreeing with a red card. Still, his mentors believed in him. Ricardo Perdomo, Luis’ coach at the time, reminisced on the youngster’s behaviour.

“He was a very good kid who had a lot of difficulties with his family, but he overcame them.”

Perdomo was impressed by the natural ability on show. Although at the club, it seemed common knowledge just how rough around the edges the Salto man was, his talent was raw. At 18, Suárez had thrown himself about the academy enough to get Perdomo to notify the first team boss Martin Lasarte:

“It was Ricardo Perdomo who was very confident about Suárez. As a player, he was very powerful for such a young age. But then came the criticism. “Why isn’t he scoring?” “He’s not good enough.” There was even one supporter who had a go at him for it. I know it hurt him, it hurt me too.”

Aligned seemingly with a dogged character carved out of the grit of Salto and Montevideo, Suárez took his critics and used them to his advantage. He simply knew that he had to be a footballer. There was nothing else. As his coaches had been trying to enforce for years, he knuckled down.

“When I knew I wanted to be a professional footballer, I think its when you start to mature. That’s when you really start to get involved with football.”

“I knew that Luis was going to keep trying and was going to turn this round so that he could beat all those who had criticised him.”

And beat them he did. In May 2005, Suárez got his first chance and after a slow start got his first goal in September. This was the spark.

You watch the footage. You can see the greatness seeping through. The gait, the touch, the comfort on the ball. Mesmerising with both feet. His shot on the turn is a bullet being released from its chamber. When he’s on form, he’s clearly leagues above. All those years ago, the determination roars louder than anything else. It’s almost as if he’d run through a brick wall to get that ball in the net. When he caught the scoring bug, Suárez was a revelation. In all competitions that season he’d get 12 goals in 29. He’d get 10 in the 27 league games and help Nacional to the 2005-06 title. Victorious manager Lasarte was quite rightly delighted.

“I’d never seen, not as a football manager, nor even as a professional player with my teammates, a player so determined to be a bona fide goal scorer.”

Obviously with a player so much better than his peers, and excelling at such a young age, European eyes are always bound to come roaming. In Luis’ case, these eyes belonged to a group of scouts from Groningen. They had actually come to Uruguay to scout another player, yet Suárez stole the limelight. Beating Defensor SC, the striker scored a penalty and what can only be described as a wonder goal.

Played in down the right-hand side of the box, he pulled off a superb fake shot to send his recovering marker. Faced with another flailing body, he twisted his leg in a form similar to R9. What was truly “Fenomenal”, was that he curled the ball instinctively into the far left corner with his head down. Groningen were sold and snatched the striker away to Europe for a mere €800,000. Looking back, he said:

“When I came to Europe, I’d just turned 19. It was July 2006 when I moved from Nacional to Groningen. Obviously, it’s the dream of every footballer in South America. Yes, all changes are difficult to face. But, you always try to stay the same and not change who you are.”

This final quote seems prevalent as the now-seasoned 35-year-old returns to his first team. He returns as one of the recent greats. Ajax, Liverpool, Barcelona, Atléti. Despite perhaps the life lessons learned and grey hairs recruited, Suárez returns to Montevideo with that same boyish desire and commotion. Since his welcome home, he’s already netted three in five. Will the Gran Parque residents see the same sort of player? Of course not. They get a different kind of Suárez. An ageing, more worldly variation. Regardless, here’s to them getting some more out of their €800,000 adopted son from Salto. He turned out alright in the end.