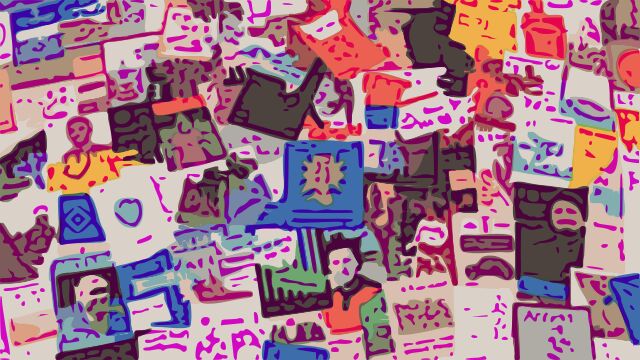 They say in life when one door closes, another one opens. And in my case, the door in question was of the slightly rusted garage variety. After the sad passing of a close family friend, the subsequent cleaning out of the house handed me history. Physical, tangible football history.

Welcomed into the slowly emptying garage by our friend’s son, I was shown four cardboard boxes. Now, as a sports journalism student and practically a life-long follower of the beautiful game, being instructed to sift through and take what I wanted had the same feeling as opening presents on Christmas morning. I knew, that inside these boxes lived a collection of football programmes. However, when I pulled back the cardboard flaps, I couldn’t have been less prepared for the treasures within.

I eventually snuck away with a small pile of my own. The earliest I took was from 1964, with the latest from 1980. Having these capsules from yesteryear in my possession made me think about the differences between then and now. The pieces from Wembley to World Cups, Elland Road to Anfield. They all drew me in with their art, colour and charm. A bigger question lingered though, are programmes a dying medium? An underappreciated outlet of football creation? Do we truly have a grasp on their importance to the game of football? Well, what better to do than ask the people that know…

To get more insight into the world of the football programme, I spoke with Paul Matz, Editor of Programme Monthly and Lee Berry, former Managing Director at Programme Master.

Formerly, the programme used to be the main beacon of information on matchdays. Paul is effectively a veritable expert, collector and enthusiast. He told me that there have always been three purposes for a programme.

“One is making money, generating income. Two, is providing information to the club supporters. That’s part of developing loyalty to the club. And thirdly, it’s been a vehicle where the club can get over its point of view.”

Understandably, the programme was a forerunner for modern mediums today and Lee, who offered a more business-oriented approach supported this:

“That was the only way football fans got their news. The only way you could communicate with the manager or players, it was through reading the programme. Now you get that all online.”

Lee spent years with programme producers Programme Master. He knew all too well the decline of the matchday mag and mentioned his experience compounding his knowledge. He spoke of covering Sir Alex’s last game at the helm of United, Gerrard’s final appearance for Liverpool and West Ham’s bowing out at the Boleyn Ground. Putting that mention of East London under the magnifying glass, Lee told me just how popular the more commemorative issues are. We agreed that perhaps the programme wasn’t simply a vessel for weekly information, it was now a piece more related to specific events.

Aside from the more touristic motivation of buying – why has there been a decline? Well, it would seem social media and technology has played their part.

“(At Programme Master) We saw a gradual decline year on year in sales, probably about 5%. There’s still a big market for commemorative programmes, it’s just not what it was because of consumer habits. Now you go on BBC Sport for the latest results, stats and league tables but years ago you’d only get that from the newspapers and programmes.”

Looking to the future

Despite a decline in print sales amidst a world where production prices constantly rise, one thing is for sure – the programme isn’t something that can easily be recreated online. I found recently, my local Step 5 club opted to put out a pdf programme and when mentioning this – the response was clear from Paul and Lee alike.

“The Stevenage chairman was bragging about how they’d turned their programme into a pdf page turner. I didn’t think it was a lot to brag about really because all they’d done was cut off a unique memento of a fan’s matchday experience. All they’re doing is saving on the print”.

It seems the digital version simply doesn’t resonate the same as the real thing.

“Even now, I think it doesn’t work on a mobile phone. It’s not the same as sitting down and flipping through a printed programme.”

Despite the everchanging world of football, (especially following challenging COVID-ridden times), the verdict for the football programme looked to be positive enough from my two interviewees.

“I would like to think for at least 10-15 years there’ll be a place for the football programme.”

“Now it’s one of many (outlets), but I think its still an important part of a football club’s toolkit.”

With my programmes, I suppose a new perspective has been added. I took my pick out of a batch of programmes that were afterthoughts. Destined for the tip or a charity shop, I’m sure the ones I left behind have been moved on. This is perhaps poignant as a metaphor – similar to the way football has almost thrown the medium to the wayside at times.

Amongst a good core of programmes recovered, some of my favourite pieces are a  Portsmouth pop art-y piece from 1972, the Anfield Review’s Merseyside Derby issue from 1974 and finally the jewel in the crown. Although more of a magazine special, I found the Football Monthly’s World Cup Souvenir from 1966, THE year for English football. In terms of styles, Paul said of my pile:

“You can look at them and it tells you without saying really, the date where it’s from. Adverts previously were always from local businesses. It’s completely different now because the world is different.”

These truly feel like time capsules and I’m glad to have found them. One thing is for certain, they won’t be leaving my grasp any time soon. As for the football programme in general, here’s to the future…