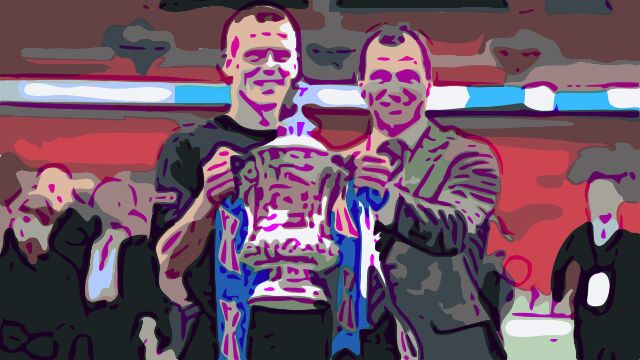 On the 11th of May 2013, Wigan Athletic overcame the odds and defeated Manchester City 1-0 in Wembley to win their first FA Cup since the founding of the club in 1932.

However, just a few days later, the Latics would be relegated from the Premier League following a 4-1 defeat to Arsenal at the Emirates, going from glory to agony in such a short amount of time.

In my latest piece, I’ll be going through the highs of Wigan Athletic’s FA Cup success all the way down to their relegation into the Championship in less than a week after.

Route to the FA Cup Final

Wigan began their FA Cup journey in the third round, facing League One side AFC Bournemouth at the DW Stadium. It was the visitors who took the lead just before half-time courtesy of a Eunan O’Kane goal from distance.

The Latics got their act together and managed to hit the crossbar twice before winning a penalty at the 70th-minute mark when Simon Francis fouled Manyor Figueroa in the area. Jordi Gomez’s spot kick was saved by Shawn Jalal in the Bournemouth goal but Gómez scored from the rebound to make it 1–1.

The match ended 1-1 and would be settled in a replay at Dean Court ten days later. Wigan won the replay 1-0 after Bournemouth’s Harry Arter conceded possession of the ball to Mauro Boselli in the first half, and his from around 20 yards flew into the top corner of the goal, securing a 1–0 win for Roberto Martinez’s side.

Non-League side Macclesfield Town would be up next for the Latics in the fourth round of the FA Cup, taking place at Moss Rose. Snow had fallen on the pitch and it had to be cleared in the morning of the game to avoid postponement.

Just six minutes into the game, Thierry Audel was judged to have fouled Callum McManaman in the Macclesfield penalty area and unlike the previous round, Gómez scored the resulting spot kick this time around to give Wigan the lead.

Macclesfield had a few good chances to equalise, including a header from Audel from six yards which went straight to Wigan Athletic’s debutant goalkeeper Joel Robles. The home side also had appeals for a penalty late in the match turned down by the referee and the Latics won the tie 1-0. Making only their second FA Cup fifth-round appearance since the club was formed.

Martinez’s men were drawn to Huddersfield Town in the FA Cup fifth round. After 30 minutes gone, McManaman gave the visiting side the lead, shooting into the top corner of the goal after a pass from James McArthur.

Just five minutes before half-time, Arouna Koné doubled his side’s lead after Gómez had passed from a McManaman cross. McArthur then made it 3-0 in the 56th minute before Lee Novak scored with a header from a Calum Woods cross to reduce Huddersfield Town’s deficit. but with a minute of the match remaining, Koné scored his second to secure a 4–1 win for Wigan.

Premier League side Everton were up next for Wigan as they took on the Toffees at Goodison Park in the sixth round. Martinez’s players scored three goals within just four minutes after half an hour gone in the first half.

Figueroa opened the scoring when he headed in a corner. McManaman then doubled the lead when a mistake by Phil Neville allowed him to take the ball past Everton’s goalkeeper Ján Mucha and score. Gómez then struck a long-range shot past Mucha to make it 3–0, the final score. The win ensured Wigan Athletic would play in the first FA Cup semi-final appearance in the club’s history.

After making quick work of Everton, Wigan’s FA Cup semi-final opponents were Championship side Millwall. During the first half, Koné’s cross found Shaun Maloney who volleyed the ball past David Forde in the Millwall goal to give the Latics a 1-0 lead.

Then in the 78th minute, Martinez’s men broke out of defence and Gómez’s found McManaman, who took the ball around Forde to double his side’s lead. Martinez’s side won the match 2–0 and progressed to the first FA Cup final in the club’s history. A momentous occasion for the club, but far greater things were to come.

Manchester City, managed by current Italian Head Coach Roberto Mancini, were unsurprisingly the favourites to win their second FA Cup in three years. Having defeated Stoke City 1-0 in 2011 thanks to a goal from midfielder Yaya Toure.

It also wasn’t eyebrow-raising to see the Citizens make the better start when just two minutes into the game, Pablo Zabaleta made a run down the right wing and crossed the ball, which took a deflection before falling to David Silva whose volley was blocked by McArthur.

Sergio Agüero was then fouled by Antolín Alcaraz on the edge of the Wigan penalty area but Carlos Tevez’s subsequent free kick was blocked with the ball falling to Touré, whose shot was pushed away by Robles.

After dealing with the early pressure, Martinez’s side got themselves going when McManaman made a run down the right-hand side of the pitch after a pass from Koné. He cut inside and struck the ball from around 8 yards, but his shot went wide of Joe Hart’s post.

Halfway through the first half, Maloney’s shot from around 30 yards was off-target before Matija Nastasić failed to score with a long-range strike for Manchester City. A few minutes later Silva passed the ball into the Wigan Athletic penalty area and found Tevez, who stretched to shoot, but Robles made a save with his boot.

Both sides were probing, with City just edging the Latics in possession and chances created, but neither team could find the breakthrough as of yet.

With halftime approaching,  With nine minutes of the half remaining, Alcaraz ran through the middle of the pitch and passed to McManaman who went round Nastasić, before his shot was blocked by Zabaleta.

In the 41st minute, Zabaleta’s shot was blocked but the ball fell to Barry whose curling strike was saved by Robles. Just before half-time, Robles saved Nasri’s 20-yard shot and the half ended 0–0. Not much to separate the two sides as they headed for the tunnel.

No substitutions were made during the interval so it was as you were at the beginning of the second half. Both sides had chances after the restart when McCarthy’s shot was wide before Agüero’s attempt to score was defended by Emmerson Boyce. A corner from Barry was then headed onto the roof of the Wigan Athletic net by Kompany.

As the second half went on, chances became more scarce. At the hour mark, Zabaleta became the first player of the match to be shown the yellow card after he committed a professional foul on McManaman who had made a break for Wigan.

Four minutes later, Gomez’s shot from 25 yards went over Hart’s crossbar before Kompany tackled McManaman after the winger had dribbled past both Silva and Gaël Clichy. The Englishman getting more into the game.

With 72 minutes gone, Roger Espinoza fouled Milner who took the resulting free-kick himself, from which substitute Jack Rodwell’s header went straight at the Spanish goalkeeper Robles. Nastasić was then booked for a foul on McManaman before Maloney’s cross struck the Manchester City crossbar, almost surprising the England number one in the City goal.

With nine minutes to go, Ben Watson came on to replace Gomez, a change which no one knew would be very significant. Not long after, Kompany received a poor pass from Clichy in the centre circle which Koné intercepted. He passed to McManaman who was fouled by Zabaleta around 30 yards goal.

Having already been booked, Zabaleta was given a second yellow card and was sent off, becoming the third player to be dismissed in an FA Cup final.

In the final minute of the game with the score at 0-0, it looked like the final would be heading to extra time. But Wigan had one last chance to win the game after the Latics won a corner, Maloney whipped the ball in and Watson beat Rodwell in the air to head it inside the far post of the goal to give Wigan the lead.

Wild celebrations erupted from Wigan’s side of Wembley as Martinez’s side appeared to have won the game in the dying embers of the match, defying the odds and beating the former Premier League champions.

Mancini’s players, shell-shocked by the goal, couldn’t muster up a response in injury time and Wigan were crowned FA Cup winner for the first time in their history. A memorable achievement to say the least.

The lows of Premier League relegation

Despite their amazing FA Cup run, Wigan was struggling to replicate that form in the Premier League, and four days after their historic win, they would face Arsenal at the Emirates in which they had to avoid defeat to stand any chance of survival.

Fellow Premier League strugglers Sunderland were four points above the Latics with two games left to play, leaving their fate in the top flight in their hands, but after all the effort and hard work that went into the final, there were questions as to whether Martinez’s men could show those same heroics in North London.

They got off on the wrong foot when German striker Lukas Podolski headed the Gunners in front early in the game. But when Maloney equalised through a superb free-kick, there were hopes of another Wigan miracle.

These hopes would ultimately be squandered however when Theo Walcott’s low strike, a lobbed second from Podolski and Aaron Ramsey’s angled strike sealed the Latics’ fate. It was a cruel tale of how the highs and lows of football can happen so quickly and as for Wigan, they became the first club to win the FA Cup and be relegated in the same season.

Nine years on from their FA Cup win and Premier League relegation, the club has experienced more highs and lows including a playoff semi-final the following year, two relegations into League One, a takeover which led them into administration and two promotions back into the Championship.

The club have yet to return to the top flight and it’s very unlikely they’ll win another FA Cup anytime soon, but the highs of winning their first ever FA Cup and the lows of Premiership relegation just a few days later will stay with the Latics fans for generations to come.