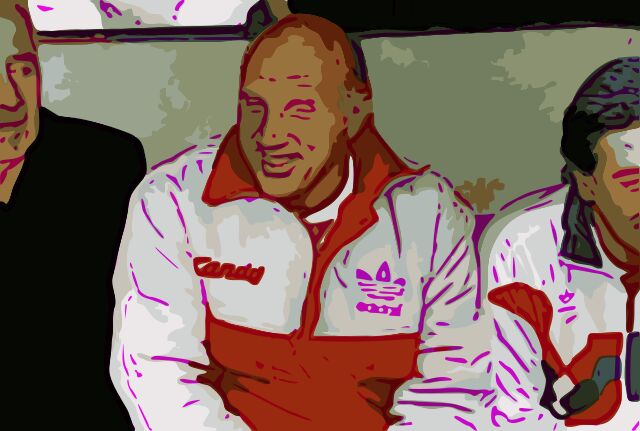 It only took four parts, but we’ve finally reached the point in the series where Liverpool have been crowned European Champions for the first time. In the last part, we finished the 1976/77 season, Bob Paisley’s third at the helm. In this campaign, The Reds cruised to a 3-1 victory against Borussia Monchengladbach in Rome – and as a result, Emlyn Hughes lifted the big-eared trophy above his head and paraded a vastly scouse stadium.

The engine room was in its best condition, Liverpool featured a galaxy of talent within its ranks, and Bob Paisley’s virtuous trophy-winning record was only in its first few seasons.

So when the 1977/78 campaign got underway, there was a beaming optimism around Anfield that The Reds could retain their silverware chattel and push for new milestones in the club’s history. Under Paisley, it was crystal clear that Liverpool were in the right hands to perpetuate its position as Europe’s finest football team.

Join us as we tell the stories of Liverpool’s ongoing trophy charge at the end of the 1970s, focusing on the men that kept the Boot Room intact and the contributions the key figures involved made to ensure European royalty became habitual.

The retention of European royalty and domestic near-misses (1977-1978)

Just as the previous transfer windows had proven, Paisley’s vision for the next big thing was salient to Liverpool’s fortunes. In his third summer as manager, the Englishman bought Kenny Dalglish from Celtic for £440,000, a record transfer fee between British clubs.

Realising the need to soften the blow that Ian Callaghan’s career end would bring to The Reds’ midfield, Paisley also signed Graeme Souness from Middlesbrough – a midfielder with hints of that Scottish soul and fire who would later become club captain.

They became two additions to the maquillage of the European Champions that would be etched into the history books at Anfield for decades to come. Paisley, as mentioned previously, had the nack for signing players who would fit seamlessly into the squad and act as instant impacts in winning silverware.

That statement remained true once more in the 1977-78 season.

In their first appearance in such a final, The Reds lifted the European Super Cup at the first time of asking by beating Kevin Keegan’s Hamburg in a 7-1 aggregate scoreline.

Although the German side took the lead in the first leg, their hopes of lifting the trophy evaporated once a hattrick from Terry McDermott, a brace scored by David Fairclough, and one goal each from Kenny Dalglish and Phil Thompson wrapped up proceedings for Paisley’s dynasty.

Another major European trophy was added to the club’s ameliorating museum, but Paisley’s continental triumphs in the 1977/78 campaign weren’t over.

The Reds retained the European Cup they had first won twelve months before, this time against Belgium champions Club Brugge.

The two sides had met two years before in the 1976 UEFA Cup Final, with Paisley’s young team also prevailing on that occasion. But this time, the stakes were higher. Staged at Wembley Stadium, 90,000 fans descended on London while a sea of red and white, just like what was seen, in Rome, in 1977, dominated the sidelines.

Domination also translated onto the pitch, despite the scoreline suggesting otherwise. While the first half was dull, with the Belgians restricting the flow of the fixture for most of the opening stages, the second saw The Reds have more clear-cut chances.

In the later stages of the final, Paisley decided to take off Jimmy Case and give Steve Heighway’s legs a stretch, which paid dividends in their strive for European Cup retention.

Heighway added width to Liverpool’s right side of attack, and two minutes after his introduction, a Graeme Sounness pass found Kenny Dalglish, who made no mistake in slotting the ball into the back of the net.

Club Brugge could only muster one chance for the remainder of the game, crowning Liverpool as the only British team to retain the European Cup after a 1-0 lead proved enough.

Bob Paisley’s only regret in the 1977-78 campaign was the lack of domestic silverware.

For all their efforts, The Reds finished the First Division and the Football League Cup as runners-up to Brian Clough’s newly-promoted Nottingham Forest. In the final of the League Cup, the two sides finished level, taking the game to a replay.

The replay proved controversial as the match would be decided by a John Robertson penalty and a subsequent disallowed goal after Terry McDermott was adjudged to have handled the ball.

But regardless of domestic near-misses, the 1978 European haul will never be forgotten, and instead of dwelling on what could have been in their home country, Paisley’s sights were set on bolstering their cabinet in the next season.

By the late 1970s, Liverpool had built a reputation for featuring some hard-knock, no-nonsense footballers. From the sturdy midfield partnership of Jimmy Case and Graeme Souness, which was led by Emlyn ‘Crazy Horse’ Hughes, to the defensive masterclasses of Joey Jones, the club were blessed with brute-like players.

But perhaps none of these players ever reached the same standards as Ronnie Moran – who was known better as ‘Sergeant Major’ and ‘Bad Cop’ for his relentless obsession with drilling success into each of the club’s players from the discomfort of the Boot Room.

In a dressing room that was filled to the brim with some of Britain’s most formidable old-school hardmen, everyone feared the presence of Moran.

“We’d won 5-0 on a Saturday, you’d come in on Monday morning and Ronnie Moran would be shouting: ‘Who’d you think you are? We’ve got a game next week!’” former Reds captain Phil Thompson recalled in an LFCTV documentary broadcast back in 2014. “You got nothing for what you’d just done on a Saturday, he’d be hammering you, and we as players would be going: ‘What’s up with this guy? We’ve just won 5-0.’”

He became an indispensable character in the Boot Room, with his personality driving The Reds to unprecedented heights, ensuring that their European Royalty status was a feature for decades.

A keeper of traditions and an enforcer of standards, Moran spent 49 years at Liverpool as a player, reserve-team coach, physio, first-team coach, assistant manager, caretaker manager, and a founding member of the famous boot room.

On the surface, the poise of his unrelenting coaching was what stuck out for people the most, but deep inside his football brain was the construction of notes for training drills and physical information that would later be called ‘Anfield bibles’.

The most essential trait that Moran possessed was his straightforward advice for players that would strike the centre of the heart and have lasting effects. Moran said it how it was, and you would never get any sugar coating in a conversation with the legendary coach.

In many ways, Ronnie Moran was the author of the ‘Liverpool Way’, and he wore the Liver Bird upon his chest with unparalleled pride – although he wasn’t afraid to ruffle a few feathers along the way.

As Chris Bascombe of the Daily Telegraph explained the role of Moran in the Boot Room: “Long before sports psychology was a university course, Moran was fundamental to ensuring every league title or European Cup win fed the insatiable quest for the next one.”

Whereas the previous season was one where domestic success was limited and European conquest was ubiquitous, the 1978-79 campaign was the opposite. The Reds amassed a record 68 points in the First Division, with Paisley’s two signings from the year before, Kenny Dalglish and Graeme Souness being essential to the attacking setup.

Defensively, Liverpool were equally as sound. The Reds conceded just 16 league goals, and only four of them were at Anfield. Ray Clemence also kept 28 clean sheets in 42 league games, which lifted Paisley to another domestic title – Liverpool’s eleventh first division trophy.

After successive European Cups in 77 and 78, Paisley had now lifted The Reds into a category that regarded them as the darlings of English football, and the 11th top-flight title was their most precious domestic endeavour yet.

The disappointment for Liverpool was their early exit from the European Cup, losing to domestic rivals Nottingham Forest in the inaugural round. Brian Clough’s Reds went on to win the competition that year, also pipping Paisley to the League Cup.

But it did very little to tarnish Paisley’s incredible league success and the stories that have been told of the 1978-79 expedition.

In The Reds’ 11 consecutive victories at the start of the season, they crossed paths with newly promoted Tottenham Hotspur. After securing the services of two Argentinian World Cup winners, Osvaldo Ardilles and Ricky Villa, the Whites of north London fancied their chances.

The game was highly anticipated, and it became many fans’ dream to watch the international duo in person, but Paisley quickly lit a bonfire under Spurs’ glowing buoyancy. The pair underwent a rude awakening when a 7-0 scoreline stunned Anfield and led to the infamous, ruthless chanting of “what a waste of money”, which rang around the stadium with the same energy and fire that the players on the pitch had shown for ninety minutes.

And as the season entered the winter months, more triumphs of high regard became a pervasive phenomenon. On Boxing Day, The Reds thrashed Manchester United 3-0, cementing their position in the chase for the League Title. And by March, their lead was entrenched.

Their nearest rival, Everton, were five points from the top, and Liverpool’s FA Cup semi-final loss to Dave Sexton’s Red Devils at Manchester City’s Maine Road meant that Paisley could be laser-focused on getting the title over the line.

Liverpool won nine of their remaining 12 league fixtures, drawing two and losing just once, away at Villa Park.

The Reds finished the campaign nine points ahead of their nearest rivals, conquering the country with what was later described by many as Paisley’s most complete football team.

Paisley’s empire was perfect by 1979, and there wasn’t anything more for the Englishman to achieve but to continue his legacy at the pinnacle of both English and European football. A Boot Room legend that never really wanted the job was now the most successful British manager of all time after just five prodigious seasons in the control room.

With a helping hand from the other Boot Room Boys, Paisley’s limit was reached, and the trophies that came flooding in each season became inevitable – it was over to him to determine just how long he wanted to hold the crown at Anfield.