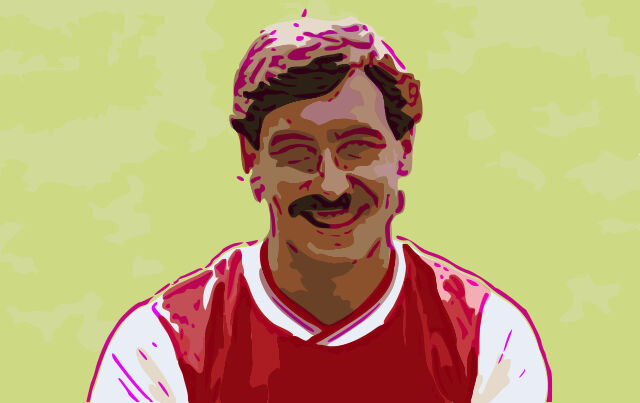 History is littered with tales of players bursting onto the scene as prodigies, being promptly tipped for long and distinguished careers at the top, but then falling away dramatically or else disappearing from the scene altogether. While these stories are undoubtedly sad, there may be various reasons for things not panning out as expected – loss of form, bad luck, injury, or a loss of focus being among them.

There are other scenarios in the game that sometimes occur which involve players reaching the very top of the game and then – ever so slightly – falling away a bit and while still continuing to operate at a very high level, not quite going on to achieve what was originally anticipated. Again, there may be a myriad of reasons why the early promise of certain players’ careers is not fulfilled, and this article aims to therefore have a look at some such cases.

In relatively recent years there has been an onrush of young players hitting the headlights very early in their careers and then perhaps not quite pushing on as expected. Some of these might include such names as Michael Owen, Robbie Fowler, Jamie Redknapp and Francis Jeffers, but perhaps except for Jeffers these players suffered from career-restricting injuries that while not preventing them from operating at high levels in the Premiership, perhaps forestalled their careers in terms of reaching their full potential.

Injury and illness have always been the bugbear and dread of the professional sportsperson, but apart from these double-headed blights, there are other reasons why a player’s career might not quite pan out as anticipated or predicted. Sometimes it is a bad career choice – as in a transfer that doesn’t work out – or it could just be a case of talent levelling off.

In the past goalkeepers often seemed to burst onto the scene at a very young age, although that doesn’t seem to be the case in recent years. Examples that spring to mind include those of Chris Woods and Mervyn Day back in the 1970s.

We had a quick look at Chris Woods a few weeks ago in terms of his international career and noted how after being understudy to Peter Shilton for many years he failed to really grasp the opportunity afforded to him when Shilton finally retired. It is worth noting that Woods also started his club career as Shilton’s understudy at Nottingham Forest. When Shilton was signed for Forest from Stoke City by Brian Clough in September 1977, he had already appeared in that season’s League Cup and so was cup-tied for Forest’s run to the final and ultimate success over Liverpool. As the 18-year-old reserve team’s keeper, Woods thus played in the run to Wembley and it was his performances, particularly in the final and the replay that thrust him into the limelight.

Tipped for the very top at just a young age, Woods would go on to have a very good career without quite making it as anticipated. He arguably left Forest a little early and had two slightly uncomfortable years at Queens Park Rangers in the Second Division before making what was pretty much a sideways move to Norwich City. Solid performances at Carrow Road put his name forward once again as a potential future England goalkeeper, and after he had made his international bow and been to a World Cup as Shilton’s deputy, he was signed by Graeme Souness as part of his ‘Glasgow Rangers Ibrox Revolution.

Honours and European football came Woods’ way at Rangers, and as stated before, he finally got his chance as England’s number one. Although Woods undisputedly had a fine career with many trophies, especially those won in Scotland, it can be argued that his career never quite reached the peaks anticipated.

The case of Mervyn Day in some ways mirrors that of Chris Woods in that he too was a teenage prodigy. Hailing from Chelmsford, Essex, Day signed schoolboy forms at West Ham and by the age of 18 was making his First Division debut for the Hammers.

He quickly became established in the side and was being touted as a future England ‘keeper and the latest in a long line of excellent English Number Ones. Well, Day would indeed go on to enjoy a playing career lasting more than two decades and then a coaching one of similar length, but it is fair to say that the heights for which he was being tipped were never quite scaled.

Four years at West Ham saw the FA Cup secured and an appearance in the European Cup Winners’ Cup Final, but playing behind what wasn’t always the safest and most secure defence in the league seemed to have an effect on Day’s confidence and in early 1978 he lost his place in the team. A year later he was transferred to near-neighbours, Orient, and four years at Brisbane Road ensued. A transfer back to the top flight to recent league and European Champions, Aston Villa, gave hope that Day could get his career back on track but two largely ineffective years followed where despite playing forty games for the Villans, Day was unable to really replace Nigel Spink as number one.

A drop back down to the Second Division was next for Day as he was signed by Leeds United boss, Eddie Gray, in 1985 and eight largely happy and successful years followed. Promotion was achieved in 1990, but then the Leeds manager – by now Howard Wilkinson – signed the returning John Lukic from Arsenal, and Day’s first-team chances were severely limited. Two years playing for Carlisle United rounded off Day’s playing career.

Graham Rix was a playing contemporary of both Chris Woods and Mervyn Day and footballing-wise he is perhaps best-known for his relatively long spell in the heart of Arsenal’s midfield. Born in Doncaster, Rix signed for Arsenal as a schoolboy and made his debut for the club in 1977 at the age of 19.

Playing alongside Liam Brady, Rix soon shone as Arsenal for once developed a fine attacking side. Three successive FA Cup and a European Cup Winners’ Cup Finals were reached in a three-season spell from 1978-80, and when Brady left for Italy and Juventus in the summer of 1980, it was thought that Rix would become the main man at Highbury.

However, it didn’t really happen for Rix from then on in and although he was briefly an England regular under Ron Greenwood, and played in the 1982 World Cup, Greenwood’s successor, Bobby Robson was unconvinced by Rix and played him only four times over the next two seasons.

Rix stayed at Arsenal until 1988, having experienced a short spell out on loan at Brentford a year earlier. In his later career, Rix played in France with Caen and Le Havre before having a spell in Scotland with Dundee.

For many years at Highbury, Rix was a teammate of Kenny Sansom, and indeed the two often operated together down Arsenal’s left flank with Sansom tucked in at left-back while Riz played in a more advanced role.

Sansom made his breakthrough in Terry Venables’ exciting Crystal Palace side of the 1970s before arriving at Highbury in the summer of 1980 in a confusing swap deal with Clive Allen, who had recently been signed by Arsenal boss, Terry Neil, from Queens Park Rangers.

By the time he signed on the dotted line for Arsenal, Sansom was already well on the way to becoming an England regular and over the next eight years would go on to amass 84 caps for his country. Considering he was still only 29 when he reached this milestone, it was anticipated that he could well make more than 100 appearances for the Three Lions and challenge the record number of caps of 108 as held at the time by Bobby Moore.

Yet, just as he appeared to be reaching his peak years as a player, Sansom’s career tailed off and then faded away altogether. Installed as Arsenal captain, Sansom led the team to League Cup success over Liverpool in 1987, and just as George Graham’s side looked set to challenge for further major honours, Sansom fell out with the manager and within the space of a year had lost both the captaincy and his place in the team.

Although he kept his place in the England side for the 1988 European Championships held in West Germany, he was unable to force his way into the Arsenal side at all in the 1988-89 season, and so was never picked for England again. He was transferred to Newcastle in December of that year, where he would last just a few months as the club was relegated to the Second Division. A move back to London to Queens Park Rangers took place in the summer of 1989 and later spells at Everton, Coventry and Brentford saw his career somewhat peter out.

There are, of course, any number of other examples of players who have perhaps slightly flattered to deceive while not exactly crashing and burning spectacularly. Other examples from the 1980s could perhaps include former Liverpool players Sammy Lee and Jimmy Case, who both picked up medals and accolades at Anfield before being allowed to leave relatively early in their careers and despite enjoying subsequent careers elsewhere not ever really coming close to regaining former glories.

Likewise, when the successful Ipswich side of the late 1970s and early 1980s broke up, and star players such as Alan Brazil, Eric Gates, John Wark and Paul Mariner all left for pastures new, it could be argued that not one of them really pushed on in their careers to the degree that had been widely expected.