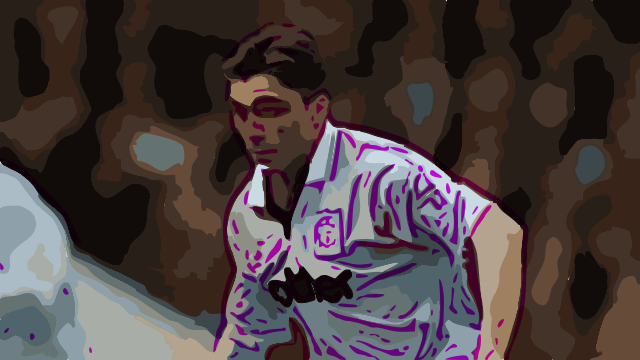 The Premier League is widely regarded as the most competitive soccer competition in the world and throughout that time, over 100 different nationalities have been represented. To date, five Georgian players have competed in the English Premier League. Though none of these Georgian greats have played in the World Cup, they were all excellent contributors during their time in the Premier League. Here’s a summary by Gia Janashvili, a sports journalist who has seen many of Georgia’s best players rise to become some of the game’s all-time greats in the world’s most prestigious competitions.

Georgi Kinladze enjoyed an excellent stay in the Premier League, and quickly became a cult hero during his time with Manchester City. The winger was revered for his dribbling ability and scoring sensational goals. His playing career started in Georgia, before he enjoyed a loan spell at Argentinean giants Boca Juniors. Manchester City made their move in 1995, and he stayed at the club until 1998 despite their decline into the Second Division. Following his first season with the club, they were relegated to the First Division, which prompted talk that he could be set for a move to Barcelona, Inter Milan or Liverpool.

However, he stayed loyal to City, and played 39 times for the club, scoring 12 goals as they solidified their place in the second tier. He would stay for a further season, but relegation to the Second Division came at the conclusion of the 1997-98 campaign. Following that, he enjoyed a spell at Ajax, before returning to the Premier League with Derby County between 1999 and 2002, before their relegation to the First Division.

The 1995-96 season was the first and only time that two Georgian players were playing in the Premier League at the same time. Mikheil Kavelashvili was also signed by Manchester City in 1995 and stayed with the club until 1997. The striker scored just three goals in 28 games for the club, but left after their first season back in the First Division.

Kavelashvili then moved to Grasshopper Club Zürich on loan, where he scored 20 goals in 59 games, before enjoying spells with Zurich and Luzern. His playing career came to an end in 2006 after a final season in Switzerland with FC Basel, as he scored four goals in 14 games. At international level, he scored nine goals in 46 appearances for the Georgian national side.

Temur Ketsbaia is still fondly remembered as a cult hero from his time at Newcastle United. The midfielder joined the Magpies in 1997 after running down his contract with AEK Athens. He was responsible for one of the most famous goals in Newcastle United’s history, as he scored the winner against Croatia Zagreb, which helped the club reach the Champions League group stages for the first time in their history. One of the most memorable moments in his career came in 1998 as he scored a late winner against Bolton Wanderers. His celebration is still fondly remembered by Newcastle fans, as he ripped his shirt off before kicking the advertising boards.

He later admitted that the frustration was due to his lack of playing time. Despite fans hoping that he would stay at the club, he was sold to Wolverhampton Wanderers in 2000. He scored three goals in 24 games for the club, before moving to the SPL with Dundee United. The final years of his career were spent with Anorthosis Famagusta, where he scored 39 goals in 100 games. He has been managing the club since 2019.

Zurab Khizanishvili is fondly remembered by fans of Blackburn Rovers as a hard-hitting defender. The center half signed for Rovers in the summer of 2006 after impressing during a loan spell with the club in the 2005-06 season. The defender played 36 times for the club during his five-year stay at Ewood Park. His most famous contribution came as he was a prominent part of the Rovers side that reached the latter stages of the UEFA Cup.

However, following Mark Hughes’ departure, he found game time harder to come by. He was overlooked by both Paul Ince and Sam Allardyce and only played minutes in the domestic cup competitions. In 2009, he signed for Championship side Newcastle United on loan, before joining Reading at the start of the 2010-11 season.

About the Author Gia Janashvili

Gia is an experienced sports writer, and follows huge events from around the world. He follows Georgian soccer and players with a passion, and looks to tell the stories of some of the all-time greats. Make sure to follow Gia on his Medium account if you are interested in Georgian football!