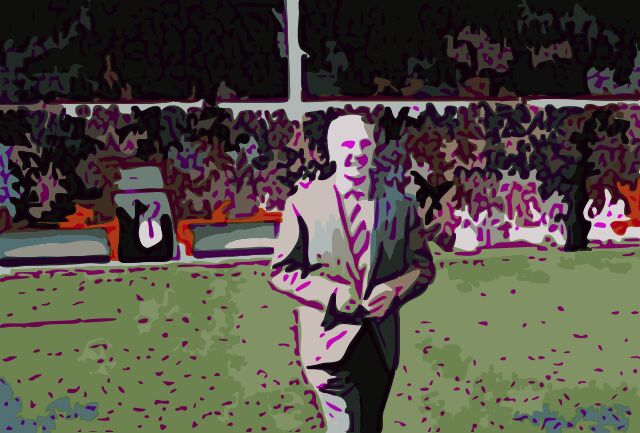 It’s been a while, but finally, we’re revisiting our series on Liverpool’s famous Boot Room Boys and the achievements that the fabled engine room executed from the 1960s to the 1980s.

In the last part, we traversed the summit of Bill Shankly’s first great squad, depicted the downfall that arose after their FA Cup triumph in 1965, and explored the ins and outs of the Scotsman’s second pivotal rebuild.

Through part three, we aim to scour the history books to tell the stories of Liverpool in the 70s – a period in the club’s archives that proved herculean in their strive to label their football club in the same breath as European titans.

The new-look Liverpool, which featured Emlyn Hughes, started the 1970/71 season promisingly, retaining a fifth place in the league and reaching the semi-finals of the Inter-Cities Fairs Cup, where they lost 0–1 to a very experienced Leeds United side.

In Europe, the young team thrived, beating Bayern Munich by an aggregate score of 4-1 in the quarter-final. And for the first time since winning the competition, The Reds jostled their way to another FA Cup final. Just like in the last hurdle of the Inter-Cities Fairs Cup, though, the lack of experience in Shankly’s rebuild became detrimental to any trophy ambitions.

Despite having taken an early lead through Steve Heighway in front of a capacity crowd at Wembley Stadium, Liverpool lost 2-1 to Arsenal – regardless of the result, the Reds felt they were heading back in the right direction after promising performances were spread across the campaign.

Among those on the sidelines, one of Shankly’s new boys watched on. Signed from Scunthorpe United for £35,000 on Twentyman’s guidance, Kevin Keegan would soon become one of the most instrumental assets in Shankly’s sovereignty. He became such a pertinent addition to the second great team that his manager would later dedicate an entire chapter in his autobiography to the prolific centre-forward. Shankly saw Keegan as the inspiration for the second rebuild.

In his first season, Keegan’s efforts, along with a quickly-maturing Liverpool team, missed out on winning the League Championship to Brian Clough’s Derby County by one point. Shankly insisted that questionable decisions from referees, including a denied penalty shout, away at Derby’s Baseball Stadium, cost Liverpool the title – but he maintained that the glaring improvements his team had made from the previous campaign would produce success in the 1972-73 run-in.

But before the close of the 1971-72 season, Shankly had also accrued evidence of his ideology that success is not always won solely on the pitch, but psychology plays an important role. In March 1971, the ‘This Is Anfield’ plaque above the player’s tunnel was unveiled for the first time. It was a reminder to his players of who they were fighting for and an indication to the opponent of who they were facing – an attempt to strike fear into the away team.

Despite an attempt by Malcolm Macdonald to mock the sign before his Newcastle United side was the first to play at Anfield since its construction, his jokes were dismantled when Liverpool won 5-0, with three-goal involvements from John Toshack being enough to hand the Geordies a heavy blow.

It is a plaque that remains to this day, hung aloft in Anfield, holding a perennial significance in the club’s history. Although its initial meaning is still intact, it also reminds those closest to Liverpool about the story of Shankly, placing prestige on continuing his legacy – a trait that Jurgen Klopp has achieved proficiently.

Just as he had predicted, Shankly brought success back into his squad in the following season. At the end of the 1972-73 season, Liverpool lifted their eighth league title and third under the Scotsman. Adding to an already prosperous domestic term, the Reds were able to win 21 consecutive home fixtures in the league after beating Crystal Palace in December – a record that has only been beaten once since, by none other than Jurgen Klopp in 2020.

The first trophy-laden season in a while also conjured Liverpool’s first European success, as the Redmen of Shankly’s second great team lifted the UEFA Cup (now Europa League), having subdued a Borussia Monchengladbach team that Shankly labelled the best in the world with a 3-2 aggregate score over two legs. The Liverpool team of the 1972-73 season became the first English club to win the league title and a European trophy in the same year.

In the 1973-74 season, the Reds proved successful yet again on the domestic front – but as for continental competition, Liverpool were handed their final lesson in European football before they’d conquer the uncharted continent.

The second round of the European Cup posed difficulties beyond anything they had previously endured for Liverpool, who were handed the seemingly impossible task of getting past a buoyant Red Star Belgrade. Playing a revolutionary brand of football, which changed the face of the game, the Yugoslavs featured a team that was technically accomplished on and off the ball.

Unlike English clubs that Liverpool had been accustomed to defeating, Miljan Miljanic’s Red Star Belgrade condemned the Reds to a footballing lesson. An outlay that saw defenders play with the same on-the-ball skills as world-class midfielders became the final jigsaw piece to future Liverpudlian domination in Europe.

Suffering a humbling 4-2 defeat over two legs, Shankly claimed after the two ties that “The Eastern Europeans showed that building from the back is the only way to play.”

Ultimately, it was the game that reshaped Liverpool’s philosophy. By that point, they had conquered their country, but a new formula was needed in overseas competitions if Shankly wanted to propel the Reds to European royalty.

In the years that followed, Liverpool went on to achieve what they set out to do, and they remain the most successful English club in Europe, with Klopp’s squad reaching three UEFA Champions League finals in the last four seasons.

But before Liverpool could plot their revenge, the 1973-74 campaign still presented unfinished business for Shankly. The Reds failed to retain their League Champion status, losing out to Don Revie’s Leeds United, but they had the chance to redeem themselves to the backdrop of another Wembley FA Cup final.

Though they made life difficult for themselves on the road to their second FA Cup victory, with lowly opponents Doncaster Rovers among the many teams that gave Liverpool a run for their money, Shankly’s young Reds limbered up for Wembley Stadium on May 4th 1974.

They faced a Newcastle United team that had already lifted England’s most prized trophy six times, most recently in 1955. While Terry McDermott and Alan Kennedy, two players that would go on to score for Liverpool in European Cup finals later down the line, awaited in the ranks of the Geordie side, Shankly expected a close affair.

By the end, the outcome was much more one-sided than what had been expected. As BBC commentator David Coleman explained at the time, Newcastle’s defence were “stripped naked” by Liverpool’s pulsating attacking outlets.

Two goals from Keegan and one from Heighway secured the Reds with their second FA Cup triumph, but it turned out to be the last of the Shankly Era. After continuous battles with the club’s hierarchy, the Scotsman pulled the curtain on his managerial career at the end of the season.

It was so much of a shock that Liverpool fans being asked by journalists about it the day after the news started to filtrate around the city were still visibly astonished that it was true. Shankly was Liverpool’s most successful manager ever at the time, and it felt like the beginning of the end for the red half of the port city.

But as the Boot Room repeatedly proved, Liverpool’s glory days were only just getting started, and in stepped Bob Paisley, who would show just what the Redmen were capable of achieving in the years that followed Shankly’s bombshell departure.

As Paisley would later recall, Shankly built the house and he would put the roof on it. That roof would be made up of European success beyond compare with any other British manager ever.