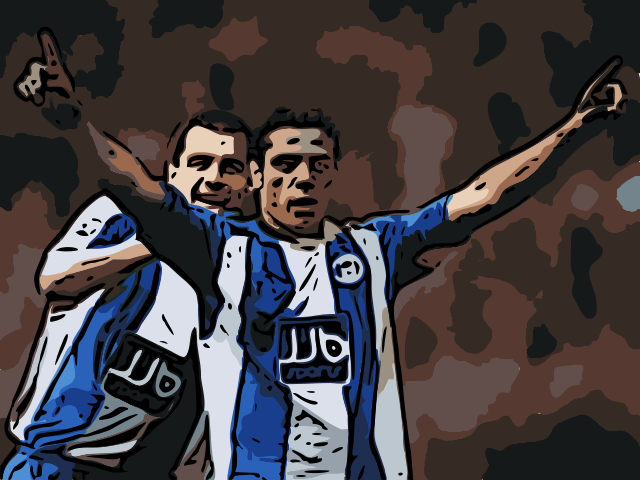 Eric Cantona, Roy Keane, Frank Lampard and Steven Gerrard are among those to have since been inducted, while you could bet with 888Starz to wager on who else will join in 2022.

But what about the would-be Premier League legends, who briefly scaled the heights of excellence only to disappear almost as quickly as they arrived on the scene? Here’s our nod to the EPL’s one-season wonders and how they made their mark on Europe’s best league.

Before the 2008/09 season, Wigan Athletic paid Zamalek a paltry £1.5 million to loan Egyptian striker Amr Zaki, who subsequently plundered seven goals in his first eight appearances for the northern club.

This run included a superb brace in a 3-2 defeat at Anfield, with the striker sending a quite stunning bicycle kick beyond a sprawling Pepe Reina.

By January, Zaki had scored 10 EPL goals, and was apparently being courted by bigger clubs. However, his form quickly deserted him along with his discipline, with a poor attitude and particularly late return from international duty with Eqypt proving too much for manager Steve Bruce to bear.

Ultimately, Zaki returned to Zamalek the following year, while Bruce went on record to describe the Egyptian as “a nightmare” and the most unprofessional player he had ever worked with.

Huddersfield controversially sold Marcus Stewart to Championship rivals Ipswich for £2.5 million towards the end of the 1999/00 season, with the striker going on to fire the Tractor Boys to promotion and the Premier League.

In fact, record signing Stewart scored in the play-off final to help secure promotion that season, before scaling new heights with his teammates as they blitzed their way through the Premier League in the 2000/01 campaign.

Not only did Stewart score 19 goals to become the EPLs’ top scoring Englishman that year, but Ipswich also secured a fifth-place finish and UEFA Cup berth for the following season (after occupying a Champions League for much of the season).

Neither player or club could build on this astonishing season, however, with Ipswich relegated back to the Championship in 2002 while Stewart could only manage a meagre six league goals.

The ultimate EPL one-season wonder, Roque Santa Cruz made headlines when Blackburn manager Mark Hughes signed him from Bayern Munich for £3.5 million in 2007.

The Paraguayan had only managed 54 goals in 238 appearances for the Bavarians, but he quickly hit the ground running in the EPL and struck 19 goals in 37 league games (and 23 in 43 appearances overall) as Rovers finished 7th in the EPL and competed in the UEFA Cup.

However, it was all downhill from here, as Santa Cruz scored just four goals during the following campaign before following Hughes to Manchester City in a £17.5 million deal. For their troubles, City were rewarded with a total of three EPL goals in two seasons, as Santa Cruz struggled to replicate his best form.

Incredibly, his season of excellence at Ewood Park was the only one in Europe in which he broke into double figures in terms of goals, with this campaign something of an outlier that was never to be repeated on the big stage.

The Best Managers Never to Win the Premier League