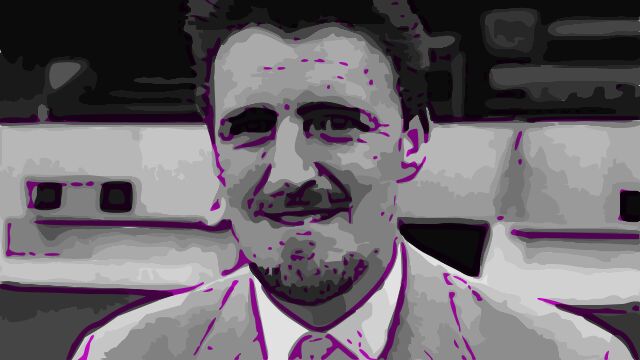 These days, footballers are widely perceived as flash stars in fancy cars. In an age where footballers can earn extortionate fees of £500 thousand a week, the beautiful game is certainly a lucrative one for the athletes that participate in it.

The footballers that are so often lambasted by fans for being paid these ridiculous sums are just the tip of the iceberg, though, with billionaire owners and power-hungry presidents constantly looking to exploit our love of football.

While football often hides behind the veil of being an inclusive sport which is loved globally, we have seen on multiple occasions in recent times – most notably with the attempted creation of the European Super League – the truth that football is simply a multi-billion-pound business.

Embarrassingly expensive ticket prices, replica kits and other club merchandise is depriving all fans of being able to enjoy the same experience of football. During the Super League farce, a poignant banner that appeared in the terraces stated that football was ‘created by the poor but stolen by the rich’ – something that is hard to refute in the modern game.

But football has not always been this way and footballers certainly did not experience the same wage structures as today’s stars. So let’s look back at an era where football was a working-class sport for working-class people and reflect on a decision that changed the course of English football – the abolition of the maximum wage.

In 1901, the Football League imposed the maximum wage cap – a decision that would see footballers that season paid no more than £4 per week.

As football grew in popularity and stature over the next nearly sixty years, this figure did increase marginally and by 1958, the maximum wage cap was at £20 per week – a far cry from the figures footballers earn today.

In fact, before the Second World War, footballers had earned more than the average worker yet by 1960 the gap had decreased.

Football was about to see a decade of change, with the introduction of televised games, European fixtures, and floodlit matches, but footballers, due to the wage cap, were still earning quite pitiful pay.

Unrest amongst footballers towards the wage cap was growing and in 1961, the players took matters into their own hands.

Jimmy Hill and the strike threat

1961 was the year that it all changed. It was the year that Tottenham Hotspur would go onto win the double; it was in West London, though, that a certain Jimmy Hill would campaign for a decision that changed football – to abolish the maximum wage cap.

The future television personality was then in his final year of playing for Fulham and he led a push by the PFA to try and force the Football League to scrap the maximum wage.

The PFA, established in 1907, called for its members to come together to apply pressure on the Football League and at the beginning of 1961 there was a new-year rally of 190 players in Manchester – a clear sign of the growing unrest amongst players.

However, the PFA decided that the greatest way of getting their message through to the Football League, though, would not be through union meetings and rallies, it would be through a strike.

With the players led by Hill, it was decided that they would strike on Saturday 21st January.

Ted Hall, the chairman of the Trade Union Congress, was another key figure who backed the strike, encouraging the public to boycott any matches that went ahead.

But 72 hours before the strike was due to go ahead, Hill was amongst the officials that met with club chairmen at the Ministry of Labour in London and on the 18th of January 1961, the maximum wage in football was abolished.

The first £100 a week footballer

In light of the changes in salary restrictions in football, clubs could now pay footballers as much as they pleased and after the abolition of the £20 maximum wage, Fulham made football history.

The West London club, incidentally Jimmy Hill’s team, immediately made inside forward Johnny Haynes the first British player to be paid £100 a week.

Haynes enjoyed a fantastic career at Fulham and is widely regarded as their greatest player of all time, with a statue of the first £100 a week footballer standing proudly outside Craven Cottage.

It wasn’t just Haynes that received a pay rise, however, and wages steadily rose throughout the decade.

By 1968, Manchester United superstar George Best was earning £1000 a week, ten times the amount Haynes was earning seven years before.

Into the Seventies, and the upwards trajectory of money in football continued with, in 1978, Trevor Francis becoming the first player to be signed for a million pounds – fast forward to 2017 and Neymar is signing for PSG for £200 million!

A watershed moment or maybe not?

Undoubtedly, the abolition of the maximum wage cap was a significant moment in English football that did have a dramatic impact on the game.

The abolition of the wage cap was a seismic change that helped to develop the game over the course of the Sixties and Seventies into becoming the glamourous game that it is today.

But was the abolition of the maximum wage really the watershed moment that led to the commercialisation of the modern game? Probably not – the blame for that lies solely on the doors of BT, Sky and the other television companies that pumped enough money into the sport to open the floodgates and create a billion-pound industry.

However, the millionaire footballers of today still certainly owe a huge debt of gratitude to Jimmy Hill and the other figures that helped to abolish the maximum wage.