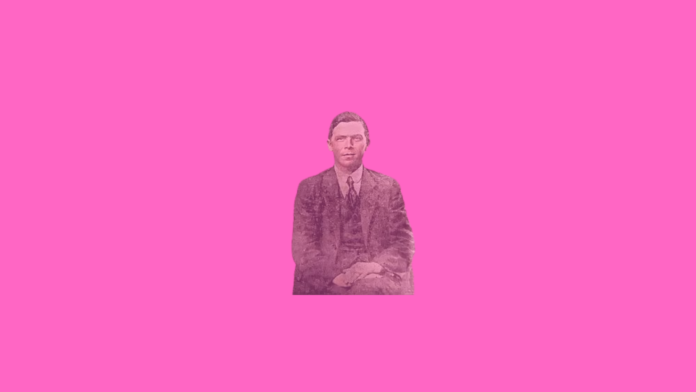 Welcome to another edition of my One Club Men Series, a series where I delve into the history of world football to take a look at players who spent the entirety of their career at one club.

Those of you who read the previous installment of the series may remember that it featured an Italian midfielder by the name of Guido Ara who graced the game in the early part of the 20th century. For today’s edition, I have chosen to focus on another player who was a star of the game during the same period, but who was from and played in a completely different part of the world, namely Argentina. However, and but for a decision taken by his parents, my player in focus (and his younger brother) could well have become a star of the game in England instead of Argentina.

John Henry Hayes (Spanish: Juan Enrique Hayes) was born on 20th January 1891 in Lisandro de la Tore, a barrio in the north-eastern part of Rosario, the largest city in the central Argentine province of Santa Fe, and today the third most populous city in the whole of Argentina. Hayes was the son of English immigrants who had chosen to live in Argentina, and had travelled to the South American county via a coal ship in the late 1800s. As a young boy, Hayes spent much of his formative years attending games played by Rosario’s popular football club, Club Atlético Rosario Central, dreaming about one day playing for his hometown club.

Club Atlético Rosario Central were founded on December 24th, 1889, just over twelve months before the birth of Hayes. The club was founded by railway workers who took the name from the English-owned, Central Argentine Railway Company. Club Atlético Rosario Central are amongst the oldest clubs in both Argentina and Latin America and are widely considered to be a pioneer of football in Rosario.

At the age of 14, Hayes joined Rosario Central and in 1906, at the request of Rosario Central, played a game for the fellow Rosario-based sports club, Club Gimnasia y Esgrima de Rosario against Newell’s Old Boys, another club based in the city. The idea behind the decision to play Hayes in this match was so that the hierarchy at Rosario Central could make a decision on his talent, and in turn, take a view to sign him on a long term basis. Hayes was in impressive form during the game in question and was duly signed by the club. The future star made his senior debut for the club in 1907, and this was where he would spend the entirety of his club career, which came to an end in 1926.

Nicknamed Harry, Maestro, and Inglés, Hayes was a striker who at the end of his time with Rosario Central finished with a remarkable goal scoring record of 217 goals in just 190 appearances. This total sees him still today as the all time leading goal scorer in the history of the club. As well as obviously being known and revered for his amazing goal scoring ability, he was also renowned for being a talented dribbler and a player who had a panache for short passes which could split an opposing defence in the blink of an eye.

The talented goal machine’s first winners medal with Rosario Central came in 1908 which was also the first official title won by the club as a whole. This triumph came by the club winning the Copa Nicasio Vila, organised by the Liga Rosarina de Football (the main body that organised football in Rosario) which was held from 1907 to 1930. Hayes and his Rosario Central team finished the 1908 competition unbeaten, scoring 48 goals and only conceding 9. As well as Hayes, other notable players in that Rosario Central team were Zenón Díaz, Augusto Winn, J.H. Grant and Juan Díaz. This first winners medal for Hayes and Rosario Central was an early sign of things to come, as, by the time of his retirement in 1926, both he and the club had won 15 regional titles and 5 Argentine National Football titles.

The first Argentine national championship that ‘Maestro‘ and Rosario Central won came just five years after their inaugural regional title. This was the 1913 Copa de Competencia La Nación when they beat Argentino de Quilmes by 3 goals to 2 at the Estadio GEBA, a multi-use stadium in the Argentine capital, Buenos Aires. This competition only lasted for two years (1913 and 1914) and was organised by the dissident Federación Argentina de Football (FAF) who organised their own championships from 1912 to 1914. The official Argentine Football Association did not recognise the championships held by FAF until 1914 when the two associations were merged together.

The 1913 edition of the Copa de Competencia La Nación saw Rosario Central being given a bye to the semi-finals stage where they came up against Club Atlético Porteño. The game played at the Independiente Stadium was a close run affair, with Rosario Central eventually winning the tie 2-1. The final against Argentino de Quilmes saw Rosario roar into a 2-0 first-half lead only to be pegged by two quickfire goals in the second period. The game remained level going into the final ten minutes but was settled by Hayes, who made history by helping to secure Rosario Central’s first ever Argentine national title.

It is also worth noting that playing alongside him during most of those aforementioned club title wins was his younger brother, Ennis Hayes. He, like Juan, was a striker and ended up with a fantastic goal scoring record himself of 134 goals in 167 games for the Rosario. The two brothers are the most decorated players in the entire history of the club.

A full list of the medals Hayes and Rosario Central won during his time at the club is shown as follows:

As an international, Juan Enrique Hayes played 21 times for Argentina from 1910 to 1919, scoring 8 goals in the process. He made his debut for Argentina in 1910 in an unofficial South American Championships (Copa Centenario Revolución de Mayo) which was held as part of the celebrations for the Argentina Centennial. This was the 100th anniversary of the May revolution, when viceroy Baltasar Hidalgo de Cisneros y de la Torre (a Spanish born naval officer) of the Viceroyalty of the Río de la Plata was removed from office, and replaced with the Primera Junta, the first national government of Argentina.

The 1910 Copa Centenario Revolución de Mayo saw three teams competing; Argentina, Uruguay, and Chile in a league style format with each team playing two games. Hayes made his debut for Argentina in their opening game of the tournament against Chile, scoring twice in a 5-1 victory. Argentina then took on Uruguay with Hayes finding the net once more, scoring a single goal in his team’s 4-1 victory. These two victories for Argentina would mean they topped the table and became the winners of the tournament, with Hayes ending the competition as the top goal scorer.

Hayes was also a member of the Argentina squad that competed in the 1916 South American Championship, the first continental championship for national teams in South America. Hayes was not to find the net for his team in this tournament which ended with Argentina finishing in second place behind the eventual winners, Uruguay.

In total, Hayes won eight winners medals during his international career from 1910 to 1919 with Argentina. A full list is shown as follows:

Combined with the many club honours he won, Juan Enrique Hayes finished his career with 28 medals from a 19 year football career – a quite outstanding achievement anywhere in world football during any period.

Following his retirement from the game, Hayes went on to work as an advisor for his beloved Club Atlético Rosario Central as well as coaching in the Liga Rosarina de Football, the main football organisation in Rosario Central from 1905 to 1930.

In 1961, Hayes was interviewed by a journalist who worked for the Argentine sports magazine El Gráfico and was quoted as saying “I don’t like football today. Teams play not to lose, and that denatures the game”… “Making friends like I had and have nowadays, meeting celebrities, visiting countries, is what I received from football. And that’s what I am intimately grateful without thinking that playing in professional era would have been more convenient (in economic terms) for me”

In my opinion, the quote from Hayes during that interview in 1961 speaks absolute volumes of the man. This was a player who played the game for pure love and enjoyment which is very refreshing to hear, especially when the top of the game today is controlled by money and the corporate elite.

This all time great of Argentine football lived to the age of 85 and died on 25th July 1976 in the place of his birth, Rosario.