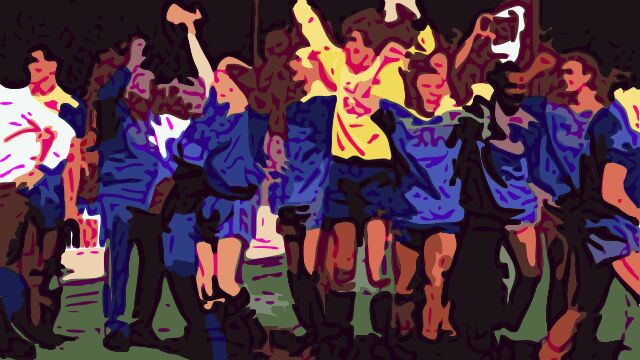 The FA Cup has produced some truly magical moments throughout its 150-year history in English football, and while the competition these days might not be regarded as a top priority for some of the best teams in the top division, there was a time when the FA Cup final meant everything and was respected by many within the game. One such final was in 1988 when Liverpool, the most successful team in the country at the time, faced a ragtag group of players nicknamed the ‘crazy gang’ in what would become one of the biggest upset victories in FA cup final history.

As mentioned earlier, Liverpool during the 80s was the most successful team in the country leading up to the 1988 FA Cup final, having just won their sixth league title earlier in the month, as well as collecting two European Cups, two FA Cups and four League Cups.

Wimbledon on the other hand just finished the 87/88 First Division season in 7th place, only their second campaign in the top flight and their final position in the table was a surprise as many thought they would finish closer to the bottom end of the table.

The Reds were undoubtedly the clear favourites to collect their third FA Cup of the decade, with a team full of international superstars at every position on the pitch, few would bet on them losing this final.

Kenny Dalglish’s side played their football in such an exciting and flamboyant fashion whereas Wimbledon, who played semi-professional in the Southern Football League as recently as 1977, wasn’t given much of a chance of becoming victorious over the giants of Liverpool.

It’s fair to say that Wimbledon had a mountain to climb to be victorious and the crazy gang, featuring the likes of Vinnie Jones, Dennis Wise, John Fashanu, Lawrie Sanchez etc., had their work cut out to stop the Reds from playing their beautiful football.

Cementing themselves as FA Cup Icons

As was expected, Liverpool created a flurry of good chances, this included a disallowed goal from Peter Beardsley where he chipped the Dons keeper Dave Beasant the Reds were already given a free-kick before the ball hit the back of the net.

Unbelievably, it was the underdogs who took the lead just before halftime, Lawrie Sanchez’s looping header coming courtesy of a Dennis Wise free-kick from the left-hand side, went across Red’s keeper Bruce Grobbelaar and into the Liverpool net. Sending the Wimbledon fans inside the old Wembley into raptures.

Kenny Dalglish’s team tried to get back into the game, continuing to play their usual elegant football to try and break through a stubborn and hard-fought Don’s defence. But there appeared to be no way of getting that elusive equalising goal.

But then in the 60th minute, Liverpool were awarded a penalty after Wimbledon right-back Clive Goodyear fouled centre-forward, John Aldridge, in the 18-yard box. Having won the penalty, Aldridge was the one who would take it, However, it was saved by Beasant’s brilliant diving save towards his left-hand side, becoming the first keeper to save a penalty in a FA Cup Final in Wembley.

The Reds piled even more pressure on the South London outfit, but couldn’t find a way past the Wimbledon defence as the Dons held out to claim their first-ever FA Cup success and pull off an upset which would shock English football forever.

Captain Dave Beasant became the second goalkeeper to lift the FA Cup as a result (Royal Engineers goalkeeper and captain Major William Merriman lifted the Cup in 1875). After the final whistle, John Motson who was commentating for the BBC, delivered his famous line: “The Crazy Gang have beaten the Culture Club”.

Although Wimbledon had won the FA Cup, which would usually see the winners qualify for the following season’s European Cup Winners Cup, they were unable to enter the competition due to the ongoing ban of English teams from competing in European tournaments, due to the actions of certain Liverpool fans in the 1985 European Cup Final Heysel disaster.

The years that followed

In the years following their FA Cup success, Wimbledon would become a member of the newly formed English Premier League, but would see a number of their ‘Crazy Gang’ squad being sold to other clubs.

They would also play out the whole of the 1990s at Crystal Palace’s Selhurst Park after their home ground of Plough Lane became unsuitable. This would last until the club was moved to their new home of Milton Keynes in 2002, in which a new club AFC Wimbledon would be born out of its ashes.

For Liverpool, they would go on to win their third FA Cup in 1989 after their league title was snatched away from them by Arsenal during a dramatic final day clash against The Gunners. Their cup success that year meant so much more following the Hillsborough disaster which took place a month earlier that led to the deaths of 97 Liverpool fans.

After regaining the league title in the 1989/90 season, Liverpool’s success would slowly evaporate and Manchester United would take over as the dominating force of English football throughout the 90s and 2000s. The Reds from Merseyside would only see sporadic success in the years to come.