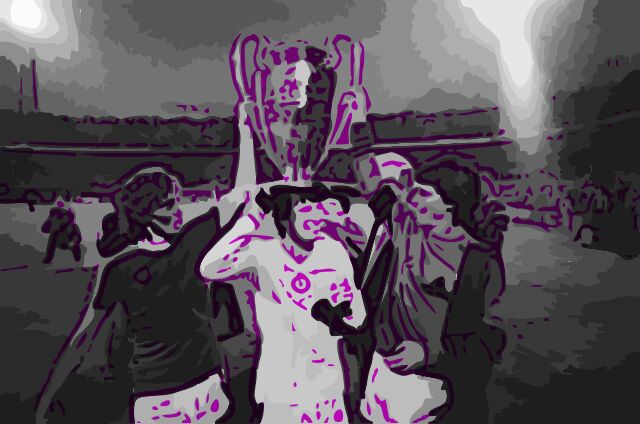 We’re taking the time machine back 40 years again today. Believe it or not, there was a time when English teams dominated European football even more than they seem to today with the likes of Liverpool and Man City seemingly always going deep into the latter stages of the Champions League.

There was a spell in the late 70s and early-to-mid 80s where England dominated the old fashioned European Cup – you know, the one where you had to actually win your league to play in it and it was a straight knockout. Any updates on UEFA being done for false advertising on the name of their current top-ranked tournament?

Liverpool under Paisley and Forest under Clough were the main protagonists – Liverpool won it in 78 and 81, Forest back-to-back in the years in-between.

And then something very strange happened – Aston Villa went and won Division One under the management of Ron Saunders. The recent rivalry between Clough and Paisley had been pipped to the post.

England would have a different representative in the 1981/82 European Cup.

Villa had won the title for the first time in 71 years and their European expedition would be their first crack at the European Cup.

Saunders had been quietly building a team based on being greater than the sum of its parts – they had picked up two League Cups before winning the First Division. It was a team without superstars – Liverpool had Dalglish, Souness, Hansen, Rush. Forest had Trevor Francis, John Robertson and Peter Shilton. Villa didn’t have such household names – but the likes of Jimmy Rimmer, Tony Morley, Gordon Cowans, Brian Little, Peter Withe, Gary Shaw and skipper Dennis Mortimer created a backbone solid enough to beat their bigger rivals to glory.

Villa’s journey into Europe started on the 16th September 1981 at home to Value, the Icelandic champions.

As expected, the side cruised to a 5-0 win – Morley removing any nerves with a goal in the 6th minute before Withe and Terry Donovan scored a brace each.

The away leg was relatively stress-free, Gary Shaw scoring twice in front of 3,500 people.

Their reward was a clash with East German giants BFC Dynamo of Berlin.

Late October saw them travel behind the wall and play in a packed Friedrich-Ludwig-Jahn-Sportpark. Villa led early, Morley again scoring within ten minutes before the East Germans levelled in the 50th minute. Morley scored again, this time five minutes before the end to net a crucial away goal for Saunders’ side. At this stage, they probably didn’t realise how crucial it would be.

Dynamo came to Villa Park on November 4th knowing they needed to score at least twice due to the away goals rule – and hope Villa came up firing blanks. The East Germans led 1-0 after 15 minutes and this is how the score ended, meaning Villa were through.

Come the European Cup quarter-finals in March 82, Saunders had resigned as Villa manager. There was a dispute over his contract, so the title-winning boss went overnight. In came Tony Barton to continue the adventure.

Villa headed out to USSR giants Dynamo Kiev. Away trips behind the Iron Curtain were big tests of nerve and character. Coming away with a draw would be considered as fine as a win and this is what Villa achieved – Barton matching the great Valeriy Lobanovski and getting a 0-0 draw to take back to Villa Park.

The side were excellent in the return leg, beating Kyiv 2-0. Shaw and Ken McNaught sent Villa into the semis at the first time of asking. Confidence amongst the fans was growing.

They were paired with Belgian champions Anderlecht, coached by Croatian Tomas Ivic. They had beaten Red Star Belgrade 4-2 on aggregate in the previous round and were confident they could progress.

The first leg was at Villa Park and, again, Villa kept a clean sheet with Trevor Morley netting yet another European goal. 1-0 to the Villa and something to defend in Belgium.

28,000 fans watched the second leg at Anderlecht’s stadium. It was a nerve-wracking night but Villa stood tall and got the 0-0 they desperately wanted. They would be heading to the Netherlands to play in the 1982 European Cup Final.

Their opponents would be Bayern, who overturned their first-leg defeat with a 4-0 battering of the Bulgarians at home.

Villa fans camped out in Rotterdam hoping that Tony Barton could do what Roberto Di Matteo and Thomas Tuchel would go on to do for Chelsea – rock up midway through a season and lift the European title.

Villa continued with their 4-3-3 formation – Rimmer started in goal with a back four of Kenny Swain, McNaught, Allan Evans and Gary Williams in front of him. The three across the middle of the park were captain Mortimer, playmaker Cowans and Scot Des Bremner. Leading the line was Shaw with Withe and Morley either side of him. Young goalkeeper Nigel Spink was on the bench.

Bayern had European royalty in their ranks. Paul Breitner captained the side who had Dieter Hoeness and Karl-Heinze Rummenigge in attack.

After nine minutes, disaster struck for Rimmer – he has to be substituted with a shoulder injury. Spink came on, just his second first-team appearance and was, according to Mortimer, “a stranger to the team”.

The first half was cagey, underdogs Villa giving up no quarter and favourites Bayern certainly struggling to fulfil expectations.

Spink was busy, called into action three times in the first hour to prevent Munich getting their noses ahead.

And then the “magical moment” which adorns a banner at Villa Park to this day.

“Shaw, Williams, prepared to venture down the left. There’s a good ball in for Tony Morley. Oh, it must be and it is! It’s Peter Withe.”

Villa led 1-0 after 69 minutes. Withe had shinned it a bit, but who cared? They had something to hold on to.

And hold on they did – Spink again being called into action, showing no signs of nerves or inexperience.

Late in the game Hoeness finally beat the substitute keeper – and there was great relief when the offside flag went up.

It was the last chance Bayern had to take the game to extra-time. Villa had done it, they were champions of Europe. England’s streak continued.

Manager Barton said after the game;

“The young goalkeeper Nigel Spink was magnificent and everyone was tremendous.

“We lived a bit dangerously at times but in the end we won it for Aston Villa, for Birmingham, for England and for Great Britain.

“It was certainly the most important day in the history of the club.”

“Obviously I was a bit nervous when Jimmy Rimmer had to come off after just nine minutes, but I’m glad to say things went really well for me.

“I still don’t believe it.

“I have played in only two matches and here I am with a European Cup winners’ medal.”

Villa went on to beat Barcelona in the European Super Cup Final of January 1983.

Yet, just four and a bit years later, at the end of the 1986/87 season, the European Cup-winning club were relegated to Division Two.

Club legend Tony Morley certainly saw it as a missed opportunity for Villa to be one of the teams’ of the 80s.

“If Saunders had stayed another five years, there would have been another three or four trophies in the cabinet,” he said. We were as good as Everton man for man in the mid-80s when they won everything.

“It was taken away from us – not because the players weren’t good enough but because of politics. That is why Villa went from being European champions to relegated. One man wanted to take everything over, a total disaster for the club.”

“My biggest regret was that Villa should have carried on and dominated. But it got broken up too quickly.

“My regret for the supporters is that we were certainly good enough to win a couple more trophies. And with the right people in place, we could have definitely challenged for the championship. No question of a doubt.”

Just think – had things been slightly differently we might not talk of that Everton side so highly. Or maybe Liverpool wouldn’t have continued their domination of English football up until 1990.

Aston Villa won the European Cup in 1982 and no matter what else they could have achieved, nobody can ever take that away from them.