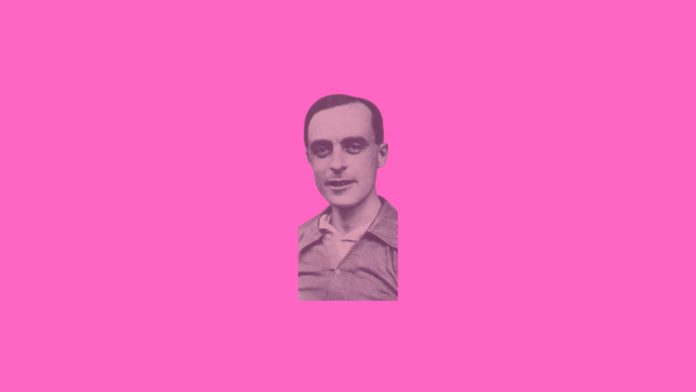 My focus for this edition is a former Italian midfield player by the name of Guido Ara, a man who graced the game in Italy for a period of 30 years from 1908 to 1948, both as a player and a manager.

Guido Ara was born on 28th August 1888 in Vercelli, a city and commune in the Province of Vercelli, Piedmont in northwest Italy, more famous for its cultivation of rice than football. Vercelli is amongst the oldest urban sites in all of northern Italy and according to historians was reportedly founded around 600 BC. Another interesting fact about Vercelli is that the world’s first university to be funded by public money was established in the city in 1228. However, the university was relatively short-lived as it closed in 1372. Today, Vercelli is the home to a university of literature and philosophy which is a part of the University of Eastern Piedmont Amedeo Avogadro and a satellite campus, The Polytechnic University of Turin.

Back to the subject of this article, historical Italian football reports suggest that Ara, whose nickname was L’Elegante (The Elegant) was a tall, robust, and fast player. but also someone who was full of flair and one who was able to create chances that others may not have been able to do so. He was also known as a good free-kick taker, and he created many goals for his teammates by floating superb balls into attacking areas from set plays.  Long passing was another string to Ara’s bow which he did with incredible accuracy.

Ara is remembered as being one of the greatest Italian midfielders to play the game before the outbreak of the First World War. Before the start of the first global conflict, it could be considered that this was a golden era for midfield players in Italy and as well as Ara, other Italian midfield players who could stake a claim for being amongst the best in that position were and amongst others, Virgilio Fossati of Inter Milan, Luigi Ferraris of Genoa, and Angelo Mattea, most notably of A.S.D. Casle.

L’Elegante made his debut for his hometown club in 1908 after progressing through the club’s youth system and by the time he had retired from playing in 1921, he had helped Pro Vercelli to win six Italian Football Championships/Prima Categoria, now known as Serie A. To put this into context, Pro Vercelli, who today play in the third tier of Italian football, Serie C, have only ever won seven top tier Italian titles in their entire history, with the seventh title also involved the great man (something we’ll come back to shortly).

The first of the six titles Ara won as a player with Pro Vercelli came in the 1908 season. Interestingly, that 1908 Italian football season saw two Prima Categoria’s being contested for as follows:

2) The Federal Championship – a secondary tournament where foreign players, provided they lived in Italy, were allowed to play. The winners were proclaimed Campioni Federali (Federal Champions)

Pro Vercelli then went on to win the next four Italian Championships and were helped by the inspirational Ara along the way. The final championship that he won as a player, who by this time was in fact the club’s player/manager, came in the 1920/1921 season. In many ways, this was a much greater triumph than the first title in 1908 as the competition included 64 club’s from around Italy. After a long arduous season, the National Final of 1920/1921 Italian Football League season saw Pro Vercelli beat Pisa 2-1 in Turin. This capped off a remarkable club playing career for Ara who finished with a record of 163 League Appearances and 7 goals to his name.

It probably comes as no surprise that L’Elegante also played for the Italian national team. He made his debut for the Gli Azzurri on 6th January 1911 in a 1-0 home defeat in Milan, Italy against Hungary. Further appearances for his country came against the likes of Switzerland, Austria, and Belgium, with the talented midfielder going on to win a total of 13 caps for the Italian side and scoring one goal. He would have been picked to have played in Italy’s first-ever international fixture in 1910, but at the time he was banned from playing by the Italian Football Federation.

The solitary goal of his international career came on Thursday 1st May 1913 when he found the net in the 57th minute in Italy’s 1-0 home win over Belgium. This goal will also go down as a historical moment in Italian football due to the type of goal that Ara scored. Italy were awarded a free-kick and his teammate, Giuseppe Milano ran up to the ball as if he was going to shoot but he faked the shot and jumped over the ball instead. Ara then stepped up and scored with a powerful shot from 25 yards out. It is thought that this was one of the first such occasions that this type of goal had been scored in Italian football. Another notable fact from this game is that such was the dominance of Ara’s club, Pro Vercelli during this period, he was joined by no less than eight of his club teammates in the starting XI.

Ara was also a member of the Italian squad that competed in the 1920 Olympic games in Belgium but unfortunately, he did not make any appearances. For the record, Italy finished in fourth position in that 1920 Summer Olympics football tournament.

His final appearance for his country came a few months before the start of the 1920 Olympic Games, on 13th May 1920 in Genoa against the Netherlands, with the game finishing in a 1-1 draw. In some respects, it is quite disappointing that the game never saw Ara competing for Italy in a tournament on the world stage, as all his thirteen national team appearances came in friendly games.

Following his retirement from the playing side of the game, Ara went on to be a successful manager in Italian club football. His first job was, of course, at Pro Vercelli who he guided to an Italian Championship win in the 1921/1922 season. This triumph of course came just one season after the hero of Vercelli won his final Italian league title as a player. The 1921/1922 success was the club’s seventh and to date last Italian Championship/Serie A title triumph and meant that Ara had been involved in all seven of those title wins.

The title-winning season was the first of two spells that Ara had in charge of his beloved club. As well as a second stint in charge at Pro Vercelli, Ara was also the manager of Como 1907, ACF Fiorentina (two spells), AS Roma, AC Milan, Genoa, and finally with Calcio Lecco 1912 in 1948. Somewhat surprisingly, the 1921/1922 Italian Championship that Ara guided Pro Vercelli to was to be the only winner’s medal of his near twenty-year management career.

Guido Ara lived for the latter part of his life in Florence which is where he died at the age of 86 on 22nd March 1975.