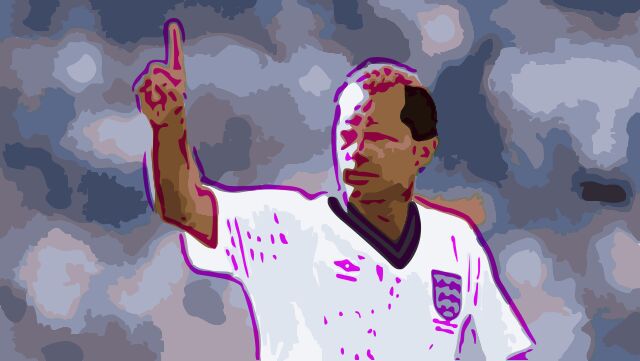 This article originally featured on Tale of Two Halves back in September 2019.

Last Saturday saw what would have been the 63rd birthday of Ray Wilkins who tragically died on 4 April 2018 following a cardiac arrest a week earlier.

A man whose time in football transcended any petty tribal rivalries, Ray Wilkins was admired by most, revered by some and disliked by none. He was the very epitome of a true footballing gentleman, and his death 17 months ago remains as mourned today as it was unexpected then.

In a playing career that started at the age of 17 in 1973 and ended 23 years later, Wilkins played for a total of 11 different clubs spread throughout four different countries. He was also capped no less than 84 times for England and as well as captaining his country, appeared in the final stages of two World Cup tournaments.

Following his eventual retirement from playing, a career in management and coaching beckoned and over the last twenty years of his life, Wilkins continued to spread his knowledge and love for the game with those striving to make their way in it.

Born in Middlesex, Ray Wilkins was signed on apprenticeship forms by Chelsea and notwithstanding doubts about his slight 5ft 8 inches frame, he quickly made his mark. Autumn 1973 saw him handed his first-team debut in a 3-0 home win over Norwich.

However, the Stamford Bridge club was in the doldrums in the mid-seventies and relegation was confirmed in 1975. It was at this point that manager Eddie McCreadie made the somewhat bold decision to take the captaincy of the side away from the experienced John Hollins and hand it to the then 18-year-old Wilkins. It was seen as either bravery or lunacy at the time, but McCreadie’s decision came to be vindicated as Wilkins held the captaincy for another four years before leaving the club in the summer of 1979 in an £825,000 transfer to Manchester United.

By this time Chelsea had been promoted back to the First Division only to be relegated once more, and if Wilkins was going to make the most of his undoubted talents it was clear it was going to have to be away from the confines of West London.

A full England international since before his twentieth birthday, Wilkins made his name in a struggling Chelsea side due to his skill and artistry in the centre of the field. Occasionally unfairly derided by some for supposedly playing too many square balls, Wilkins was, in fact, a master at keeping possession and dictating the pace of a game. This is partly why he was able to flourish to the degree that he did when he later left Britain’s shores for Italy and Serie A.

In 1979, however, that was all before him and so he signed for the Old Trafford Club and Dave Sexton. His first season at United was a success as Liverpool were pushed all the way for the title and Wilkins cemented his regular starting spot in the England line-up under Ron Greenwood.

The summer of 1980 saw England play in the finals of the European Championships in Italy, and despite a Ray Wilkins’ wonder goal opening the scoring in England’s first match against Belgium, a 1-1 draw was the best the Three Lions could muster. A subsequent single goal defeat to Italy meant that England were on the first flight home.

The next four seasons saw Wilkins go on to play almost 200 games in total for Manchester United. Although neither Sexton nor his successor Ron Atkinson, were able to secure the league title. United did take the FA Cup on two separate occasions under Big Ron.

The first of these two occasions was in 1983 when already relegated Brighton and Hove Albion proved to be far more stubborn and resilient opposition than most people had foreseen. Fortunate to come through the first game with a 2-2 draw, United knew they had much to thank Wilkins for.

Not least of which was a stunning goal in the 73rd minute that looked as if it had done enough to secure the cup for United at the first time of asking. Picking the ball up halfway inside the Brighton half courtesy of a searching pass from Arnold Muhren, Wilkins found himself with enough time and space to get the ball under control before curling in a shot past Albion ‘keeper Graham Moseley into the corner of the net.

The next summer, after yet another failed Manchester United title bid, Italian giants AC Milan made a bid of 1.5 million for Wilkins’ services. Although reluctant to accept the bid, Atkinson felt obliged to put it to the player and Wilkins decided to make the move.

At the age now of 27, Wilkins was coming into his prime years. The new training regimes and dietary requirements that he encountered were an eye-opener for him and together enabled him to play what he would regard as the best football of his career.

Three seasons passed and then Wilkins transferred to French giants PSG. The transfer did not turn out to be a particular success, however, and just a few months later Wilkins took the opportunity to sign for his old international sparring partner, Graeme Souness, and become part of the Ibrox Revolution of England players making their way north to Glasgow.

At Ibrox, Wilkins finally got his hands on a league title medal as he, in fact, picked up two. Wilkins also won a Scottish League Cup while with Rangers and became such a cult figure that he was later inducted into the Rangers’ Hall of Fame. This despite only being at the club for a little over two years.

Following his Scottish sojourn, it was back down to London to play out the majority of the rest of his career. Firstly at QPR and then at, variously, Crystal Palace, Millwall and Leyton Orient, with a couple of spells at Wycombe Wanderers and Hibernian back up in Scotland, Wilkins continued playing before making his last competitive game past his 40th birthday.

By this time he had already taken his first steps in management and coaching and had been a coach, player-coach, and player-manager at Crystal Palace and QPR. In 1994-95, with Wilkins in place as player-manager, QPR finished the season in eighth place in the Premier League.

The following season was not as successful and the Loftus Road side was relegated in 1996. In November of that year, Wilkins left QPR ‘by mutual consent’. He continued to play elsewhere for the remainder of the season before retiring.

A year later and Wilkins was approached by Kevin Keegan and Mohamed Al-Fayed to take over as manager of the ambitious third-flight club, Fulham.

Al-Fayed had recently bought the club and announced a five-year plan to get the Cottagers into the Premier League. Stage One of his plan had been to approach Kevin Keegan with a view to him running team affairs. When Keegan had initially turned him down, Al-Fayed had revised the terms of his offer and so Keegan ended up being installed as the equivalent of Cheif Operating Officer and Director of Football at the same time.

This left a vacancy for Team Manager or Head coach, and it was this position that was offered to Wilkins. Expected to race through the third flight, Fulham in fact barely stumbled into the play-offs and Wilkins was somewhat harshly dismissed.

Although he never spoke of it publicly in his lifetime, Wilkins was known to have been deeply hurt by the circumstances of his dismissal by his former England team-mate. In later years, Keegan has claimed the decision to dispense with Wilkins was taken by Al-Fayed alone who then instructed Keegan to deliver the news.

Somewhat surprisingly, this was to prove Wilkins’ last foray into permanent management in England. Other than a short-lived tenure as Head Coach of the Jordan national team and a couple of caretaker spells in charge of Chelsea, Wilkins contented himself with coaching and being an assistant manager.

He spent time back at former clubs Fulham and Chelsea, as well as at Millwall and Aston Villa. Wilkins also assisted with the running of the England Under 21side under Peter Taylor.

For someone so well-mannered and so well-liked, perhaps the most surprising point of his playing career came in the 1986 World Cup when he was sent off in the group match against Morocco for throwing the ball at the referee after he had been flagged for offside.

Banned for two games, Wilkins ended up missing the rest of the competition and played his last game for England in November of that year.

His death came as a shock to most people who had had no inkling that he had been ill. When the news was announced, his former clubs mobilised themselves to remember him. At Chelsea, a minute’s applause was held in the eighth minute of their home match with West Ham, while AC Milan fans unfurled a banner which read “Ciao Ray: Leggenda Rossonera” (“Goodbye Ray: Legend of the Red and Blacks”).