It was heartbreaking for Paris Saint-Germain F.C. (PSG) to lose their matchday 1 in extra time at Anfield. It was a harsh day for the team and the fans. This loss meant that PSG were closer to exiting the UEFA Champions League (UCL) competition yet again. With a lot at stake and a point to prove, the France Ligue 1 winner welcomed Liverpool at Le Parc des Princes for the reverse UCL matchup. This was an important game for both the clubs as Napoli were still in the mix for the next round qualification. The game was played with high intensity, individual brilliance, and brilliant tactics from both teams. In the end, PSG finished on top with 2 (2.01) – 1 (1.67) win with xG (Expected Goals) in favor of the winners.

In this tactical analysis, I’ll be providing analysis to both team’s tactics on and off the ball.

PSG made two changes to respond to their 3-2 loss to Liverpool at Anfield, setting up in a 4-4-2 formation led by Mbappe and Cavani in the front. Verratti replaced Rabiot in the heart of the midfield, Kehrer, started as a right-back in place of Meunier in a four men backline.

Liverpool started with their consistent 4-3-3 formation with Firmino coming in for Sturridge. The midfield trio remained unchanged from the previous encounter. In defense, Gomez comes in for Alexander-Arnold as a right back.

Let’s take a look at what Liverpool tried to do when in possession.

Buildup Play: During the buildup phase, Lovren and Van-Dijk stretched across the penalty area with Gomez, and Robertson pushing higher up. To create a numerical advantage over PSG’s three-men pressing, Wijnaldum and Henderson often dropped deep, creating double pivot and extra passing options.

At the same time, Liverpool was also aware that PSG were playing with a relatively high defensive line. To exploit the space behind PSG’s backline, Liverpool did not shy away from playing long balls. Liverpool attempted a total of 47 long balls (Allison 13, Van Dijk 8).

In the next phase, Gomez and Robertson pushed even higher to maintain the width while Firmino and Milner were often dropped in between the lines to create additional passing options. Marquinhos often man-marked Firmino and was successful in offsetting the Brazilian forward’s creativity. Firmino managed to make only three progressive passes throughout the entire match.

In the final third, Liverpool were direct with their attack, attempting 17 crosses. In this phase, Mane, and Salah were tucking inside and trying to exploit the half-spaces with their direct runs. Wijnaldum and Firmino often supported their runs. But PSG handled this exceptionally well with T. Silva making 11 clearances and hampering Liverpool crossing accuracy to 18% (3 successful crosses out of the 17 attempts).

In the second half, Liverpool made some critical changes by bringing Shaqiri and D. Sturridge for Milner and Firmino, respectively. With this change, Shaqiri took the right flank allowing Salah to play more centrally alongside Sturridge. In reply, PSG molded into five men defensive backline with Marquinhos joining the backline and often supported by wingers dropping deep to cover their markers.

During the buildup phase, PSG formed a back 3 line with Kimpembe and Silva spreading out with Marquinhos dropping deep. Both the fullbacks hugged the touchline with Verratti dropping deep just beyond Liverpool’s first line of defense to create another passing option. Neymar and Mbappe would often drop deep, leaving Liverpool’s midfield reluctant to join the press. This in-turn created ample space for Verratti to move with the ball.

In an attempt to progress PSG’s attack, Verratti constantly tried to find Mbappe or Neymar, who would then either dribble past their markers or play quick passes to break through the line with the support of their fullbacks (Neymar attempted a match high stat of 16 dribbles). A glimpse of this play was observed in both of PSG’s goals.

Another critical tactical approach used by Tuchel was that both Mbappe and Cavani occupied the space between the half-lines, which forced Liverpool’s defense to be narrow. As a result, there were ample pockets of space to attack from the flanks.

Gomez, being significantly slower, had an uphill task in stopping PSG’s attacks from the left. PSG exploited this minor weakness in Liverpool’s defense. As a result, 40% of PSG’s attacks (including the goals) were from the left side compared to the right which was only 6%.

To overcome this mismatch, Milner made attempts to drop back and cover Gomez. This, however, did not help the cause.

As mentioned before, in an attempt to solidify their defense, PSG formed a five-man backline with Marquinhos joining the back four. Tuchel introduced D. Alves and Choupo-Moting in place of Di Maria and Cavani. They were deployed on flanks, who then supported both the fullbacks to contain Liverpool’s attacks from the sides.

Both teams played with high intensity and created good chances, but PSG defended with a lot of heart. Neymar and Di Maria not only kept Liverpool on their toes with their creativity with the ball but were also exceptional with their defensive duties. In the end, it was a well-deserved win for PSG. 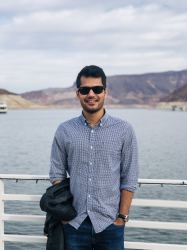 Are Liverpool there for the taking against RB Leipzig?