Nonetheless, a week later, América would go on the road to Santiago, Chile, and face Club Deportivo Universidad Católica. Los Diablos would pick up a win and three crucial points. It allows them to keep up with Grêmio, and Sport Club Internacional in their group.

In this tactical analysis, you’ll see América, coached by former Costa Rica National Team manager Alexandre Guimarães. The Costa Rican-Brazilian deployed a formation similar to that of Católica’s. However, it became more conservative as the 60-year-old’s squad took the lead. After matchday one, both clubs having no points. Guimarães wanted to make sure that the Colombian club walked away with three.

On matchday one of the Libertadores, the defending tactics used by América is a 4-3-3 at home against Grêmio. However, with no goals resulting from that formation, Guimarães seems to have wanted a different look. The Brazilian went with a 4-1-4-1 to start the match on the road against Católica.

Despite not scoring zero goals, Los Diablos didn’t make any personnel changes. All the players who suited up against Grêmio were back in the starting eleven. It was Guimarães showing confidence in his squad.

In goal, the reigning Categoría Primera A champions went with Éder Chaux. Their backline featured Cristian Arrieta and Edwin Velasco at the fullback position. The duo of Marlon Torres and Juan Segovia were occupying the center-back position.

As for the midfield and attack, América went with Rodrigo Ureña as the defensive midfielder. Meanwhile, Carlos José Sierra and Yesus Cabrera were at central midfield. Out wide were Duvan Vergara and Matías Pisano. Michael Rangel is the lone healthy striker, as Adrián Ramos, the former La Liga and Asian football goal-scorer, was not fit.

In this part of the analysis, look at how América was contesting Católica on defense. Winning their duels and intercepting passes were vital. The Colombian club would prevent the Chilean club from generating any shots and scoring opportunities.

Católica dominated possession of the ball throughout the match with 64-percent. However, controlling the ball for that time didn’t lead to that many shots or scoring chances. América was more than ready to frustrate Católica by closing their gaps to prevent any offense from occurring.

An example of América winning their duels to prevent a scoring opportunity comes from Carlos Sierra. He was one of the better players when it came to the number of duels won for Los Diablos. The 29-year-old won 6 out of his 11 at a 55-percent success rate.

Los Cruzados were building up a scoring chance with five players on the attack. The Colombian club was at a disadvantage in that rush with four defenders. There being space for the Católica to build a scoring chance. Despite Sierra leaving his mark and potentially leaving his man unmarked, he displayed his ability to close the gap. It prevented anything else from happening.

As a result of their first-half defending, América only surrendered three shots to the Chilean club, with only one being on target, which resulted in a fluky free-kick goal as the ball ricochet off the back of goal-keeper Éder Chaux.

The second half saw Guimarães begin to crowd the midfield by switching over to a 4-5-1, which led to América generating a high amount of interceptions with 39. Eventually, the squad would transition to a 5-4-1 once they took a 2-1 lead.

Cristian Arrieta’s defensive play is an excellent example of how América was defending the remainder of the match once they were up a goal. As mentioned, the squad went to five defenders, and on this play, there are six players in or near the penalty box to defend a potential cross attack. With that amount of players crowding passing lanes and crosses, it makes for easy defending.

Los Cruzados were taking advantage of the amount of possession they had of the ball. With 64-percent of the ball, Católica was generating 4.8 passes per possession. On defense, América did surrender a significant amount of passes allowed per defensive action with 15.8.

Despite possession and moving the ball through their passing, it didn’t lead to much offense for Católica. In 100 minutes of play, they were only able to generate 38 positional attacks with six shots. Overall, América let the opposition have the ball but only gave up nine shots, with four being on goal.

Guimarães went in with a conservative defensive game plan that the squad executed well. Católica had their way with the ball. However, when they thought a scoring chance would occur, the América defense was there to say no.

Nonetheless, Los Diablos made sure to be sound defensively when the Chilean club was generating chances. Winning on the road isn’t always pretty. However, after dropping points on matchday one, the Colombian squad had to win.

On offense, it wasn’t necessarily pretty, but they were able to score two goals. As a result, it was enough for them to walk away with a win. When looking at América’s attack throughout the match, they could only produce four shots on target with seven shots.

Furthermore, América produced 13 positional attacks against Católica but did get off five shots on those opportunities. Los Diablos were surrendering possession for defense. Nonetheless, they were able to generate the same number of shots from positional attacks as Los Cruzados.

When looking at the Colombian club’s positional attack shows that the wings were ineffective for generating any offense. Their inability to create much out wide helps explain why they were one for nine on their cross attempts. With América not being able to do much outside, attacking up the middle proved more useful. For the limited times that América created scoring chances, 91-percent of their threats came from the center.

Both goals came through the middle portion of the pitch. The first one to find the back of the net for América was more opportunistic. After a shot from outside the box led to the opposing goalkeeper punched, creating a rebound chance. It led to Duvan Vergara, who is currently linked to RB Leipzig of the Bundesliga, catching Católica’s defense sleeping. While unmarked, the 23-year-old would score off a header.

Now the second goal was a lot more elegant. At this point in the match, América continued to operate under a 4-1-4-1 formation. Guimarães and the squad were still looking for that second goal, and they found it. Los Diablos good defending would springboard a counter-attack.

It all begins with Los Diablos applying some pressure to generate a turnover in the midfield. It occurs when the Católica player decides to clear the ball from the area. After he’s unable to rid himself of the ball, it leads to a fortunate bounce for América. The mishap allows them to go on the attack.

Once the ball reaches Rangel, the 29-year-old striker now has the attention of two defenders. Instead of leading his instincts as a goal-scorer kick in, he becomes a playmaker. With Pisano left unmark, Rangel passes it to the 28-year-old.

As a result, the Argentina international would take advantage of the defender’s mistake. After receiving the ball, Pisano would make it 2-1 América at the 53rd-minute mark. It’s a lead that they would be able to onto until the end of the match.

The Colombian squad began transitioning more to creating less space in the midfielder. Eventually, América was playing with five defenders to protect their two-goal advantage. There weren’t many scoring chances offensively. For the remainder of the match, Los Diablos had three shots. Guimarães put most of his efforts in protecting the lead to make sure they left with the win.

On defense, Guimarães and the squad were solid defensively. Holding the Chilean club to four shots on target and preventing scoring chances. Closing their gaps, crowding the passing lanes, and winning their duels helped prevent dangerous scoring chances. Meanwhile, the attack took advantage of some defensive mistakes made by Católica, which led to both of América’s goals.

This analysis suggests that Los Diablos adjusted their tactics to preserve the win at all costs. Regardless of how unattractive the football is, winning on the road is never easy. Both teams are coming off a loss and another one all but end their hopes in advancing. América needed a win to keep pace with the two Brazilian clubs in their group. As a result, they now sit one point behind second place in Group E. 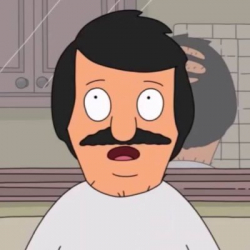