This scout report will provide a tactical analysis on Chelsea’s Mateo Kovačić and will present and analyse the qualities and attributes that have forced Frank Lampard’s hand in cementing his place in the starting line-up, and amongst his tactics.

Mateo Kovačić is a 26-year-old (06/05/1994) Croatian midfielder, who likes to operate on the left side of a midfield trio, or can also be deployed on the left side of a double pivot. He is now officially a Chelsea player, following a temperamental loan spell from Real Madrid, who no longer saw any use for the Croat in their squad. It took a while for Kovačić to settle down in West London, and after his first season with “The Blues”, questions were asked whether Chelsea should tie him down permanently. Amidst an incoming transfer ban, which would not allow Chelsea to make signings at least for one season, the decision was made to sign him on a full contract. This following season, Kovačić hit the ground running immediately and cemented himself as a regular starter for Frank Lampard’s side, already making 38 appearances this season in all competitions, proving an ever harder figure to replace in that already highly contested midfield position.

From the heatmap shown, it is evident that Kovačić enjoys doing most of his work down the left-wing and left half-space, whilst also occupying the centre circle often. This is indicative of his playing style, which is extremely effective in transitional phases of play and beginning attacking phases.

As this analysis will continue to explain, Lampard’s Chelsea side have adopted a passing philosophy, where the defence is encouraged to play the ball out of the back. Often the ball will be played out to the full-back position, and down the left-hand side, Kovačić will drop deep to provide a different passing option instead of playing the ball down the wing every time. On average, each game he plays 56.8 accurate passes per game with a very respectable 90% accuracy. Of these passes, 24.4 of them are within his own half and are played with an even more impressive 95% pass completion. Quite frequently these passes in his own half are tidy give-and-goes with the full-back.

Effective at winning back ball and retaining possession

Below, as the ball breaks loose from a poor pass from Heung Min Son, Kovačić is already anticipating the ball heading in his direction and is already moving towards it to intercept. This places him in a foot race with Dele Alli to the ball, leaving him as perhaps the slight underdog in a flat out sprint. However, due to Kovačić‘s rugged determination and bravery, he commits fully to the 50/50 whilst Dele chooses to take his foot off the gas allowing Kovačić to beat him to the ball. He then quickly adopts a skilful ‘La Croqueta’ to glide past Alli. In this transition, three Spurs players [Son, Alli and Dier] are drawn in towards the ball. Therefore after Kovačić is successful in retaining possession, he quickly utilizes the spaces created behind the Tottenham midfield and plays a pass in behind them down the righthand side.

In the picture below, Kovačić pushes high up the pitch to win the ball on the wing. The Chelsea winger [Hudson-Odoi] presses the opposition fullback, putting him under pressure and forcing him to hastily get rid of the ball. The defender tries playing it down the line towards 2 oncoming players, however, Kovačić telegraphs this move and has preemptively started moving towards the ball. This allows him to intercept the pass before the 2 players can get to it and retain possession for his team.

Supporting the left-back and left-wing with lateral passing options

Here the ball is played out to Marcus Alonso on the left side of the defence, Kovačić immediately comes close to provide a different passing option, as otherwise the easily telegraphed ball down the line to Willian becomes predictable and risks interception. When either fullback or winger is in possession, Kovačić will seek to provide a lateral passing option, creating a triangle between the players. This passing triangle allows the player in possession of the ball to almost always have at least one or two teammates to pass to, allowing the team to play the ball around and keep possession on their terms.

Additionally, as the players pass it between each other in the triangle, the opposition becomes less expectant of the quick line-breaking passes, as they are expecting them to knock it between each other. This allows Kovačić to play a pass straight through Tottenham’s midfield, as Eric Dier is caught watching Kovačić on the ball, and does not notice Mason Mount peeling off and getting goal side of him. Kovačić carries the ball forward to further entice Dier to close him down then plays the ball inside to an unmarked Mount.

The picture above provides another example of Kovačić dropping deeper from the left midfield position in order to provide Alonso with another sideways passing angle. This again connects the triangle between the left-back [Alonso] and winger [Willian]. Kovačić finds a pocket of space between the lines of Tottenham’s forwards and midfield, allowing him space to carry the ball forwards. Again, the Spurs midfield seek to engage with him which in turn, allows Mason Mount to find space in behind the opposition’s midfield.

Kovačić adopts a wider and higher position up the pitch when breaking forward on this attack, see above. At the beginning of this phase of play, Kovačić and Alonso started deep within their own half and progressed the ball up the pitch with a sequence of tidy give-and-goes. To establish their passing triangle, Willian recognises the space Kovacic has vacated in a more central position and fills in. This switch of positions between Kovačić and Willian is effective as it pulls defenders out of position if they are man-marking them or can create disorganisation amongst a defence as players are unsure who should be picking up which man.

Kovačić always remains as one of the deepest lying players from set-pieces as he provides cover for centrebacks [Zouma and Rudiger] to go forward to provide greater aerial threat and physical presence in the box. From this corner, just as most of Chelsea’s set pieces, the two centre-halves go forward into the opposition’s box in order to increase Chelsea’s chance of winning the ball as seen below.

Willian takes the corner and whips in quite a poor cross, which ends up being too far behind the advancing Chelsea players. Harry Kane gets onto the end of the delivery and clears the ball out of the box with a big header. As the ball breaks clear, Tottenham forward Lucas Moura has the whole pitch clear ahead of him if he were to win the ball, with Chelsea’s defence still being inside Spurs’ 18-yard box. The electrifying pace of Moura could certainly not be caught by any of the Chelsea players trying to track back and stop him. It can be seen here the vital role Kovačić plays in winning the ball as it is cleared out by Spurs. The significantly more physical Croatian wins the aerial battle, firstly negating any counter-attacking threat that Spurs may have possessed on the break, but also, by recollecting the ball outside the oppositions’ box, Chelsea can keep them pinned back in their own defence, making Spurs more vulnerable to conceding, and less likely to score.

Here again provides another example, of Kovačić remaining as one of the deepest lying players from set-pieces as he provides cover for centre-backs [Zouma and Rudiger] to go forward to provide greater aerial threat and physical presence in the box. From these set-pieces, Chelsea will set up with N’Golo Kante as the most defensive player, sitting the deepest behind everyone. Kante is situated as the deepest of the two due to his unapparelled ability to tackle the opposition. Even though heavily underrated, Kante’s ball-playing ability and eye for a pass is not quite the level of Kovačić’s, and so is an additional reason for why they hold deep together. In case of a quick counter-attack from the opposition, these two have the legs and stamina to chase them and put them under pressure, or to collect any stray clearances. Whenever Kante intercepts or breaks up a counter-attack, he knows that Kovačić is always a safe option to give the ball to, and in a position where he can carry the ball forward himself, or distribute to the rest of the team.

In this set-piece above, as usual, both of Chelsea’s centre-backs [Rudiger and Zouma] push into the box to provide an offensive threat. Kovačić remains at the edge of the 18-yard box prepared to drop back and cover for the defenders, or to retrieve any loose clearances. As the ball gets delivered in, it is overshot towards the back-post making it lightwork for the goal-keeper to come and collect. Even before the ball is in the keepers’ grasp, Kovačić has already turned towards his own goal and is keeping ahead of his opposition looking to counter. Kovačić positions himself goal-side of the immediate counter-threat and continues to retreat towards his own goal, halting the advance of the opposition’s counter, and allowing for his defenders to recover back into position and regain their shape.

Even though his loan-spell left much to be desired from Mateo Kovačić, Chelsea’s faith in the Croatian may have paid off. The £40 million price tag paid for him becomes ever seeming a bargain in this current market, for a player with bags of experience for his age in both club and country competitions. Having spent time at some of Europe’s largest clubs [Inter Milan and Real Madrid], Kovačić also has a wealth of experience representing his country in one European Championship campaign, and two separate World Cups, including the most recent side which made it to the World Cup Final. This large amount of experience will be vital for his future in Frank Lampard’s Chelsea side, as he already is considered one of the more senior players by age, considering the new influx of youth prospects coming into the side now. The likes of Mason Mount and Billy Gilmour, haven’t even had a chance to represent their nations in competition yet, but still can learn and develop alongside Kovačić.

Having been inside the changing room alongside football’s largest personalities such as Cristiano Ronaldo, or been part of the pinnacle of sporting occasions, such as UEFA Champions League and World Cup Finals- Mateo Kovačić knows what is required not only from himself but also from the teammates around him, in order to reach the tallest heights of footballing success. 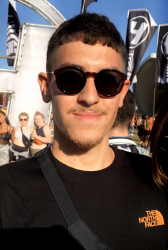