Tottenham Hotspur and Wolverhampton Wanderers are both chasing a fourth place in the EPL table, which would lead to qualification for the UEFA Champions League group stage. On the 1st March at Tottenham Hotspur’s ground, whoever chose to watch that game probably would have had an entertaining afternoon.

Spurs’ fans would think that they would have another three points in the pocket when Serge Aurier scored the goal that put Jose Mourinho’s team in a position of advantage. But Wolves did not leave it at that, as they had the right tactics for every problem caused by the opponent. With Matt Doherty and Diogo Jota in great shape (both had one assist and one goal) and the finishing ability of Raul Jimenez, Wolves managed to win the three points. This article demonstrates the tactical analysis of the two teams.

Mourinho chose the 3-4-3 formation for Tottenham Hotspur. Paolo Gazzaniga was the man between the posts and the back three were Eric Dier, Davinson Sanchez, and Japhet Tanganga. In front of them were Giovanni Lo Celso and Harry Winks, which had a balance between them and were rotating in the midfield area. On the wings were Ben Davies and Aurier and the front three were Dele Alli, Lucas Moura, and Steven Bergwijn.

Wolves manager, Nuno Espirito Santo, also chose a 3-4-3 formation. Starting from the back, the goalkeeper was Rui Patricio. The back three were Willy Boly, Conor Coady, and Romain Saiss. The two centre midfielders were Ruben Neves, who was played more like a deep centre midfielder and Joao Moutinho had the role of the holding midfielder, while the wing-backs were Doherty and Ruben Vinagre. The front three were Jimenez, Adama Traore, and Jota.

These maps demonstrate the average players’ positioning in the pitch. In orange colours, (Spurs), Alli is moving deep and try to support the centre midfielders. An analysis of Lo Celso shows that he was slightly higher in the field (that is something that gives him the role of a holding midfielder) compared to Winks, who was holding a deeper position. Bergwijn and Lucas are moving inside and give space to the wing-backs. Davies and Aurier were playing high in the field.

From the other side in blue colours is Wolves. You can see that they have bigger distances between them, which is understandable because of the direct style of play that they were playing throughout the counterattacks. Wingers Jota and Traore were playing inside in the field. In that way, they were giving free space to the wing-backs, Doherty and Vinagre. Jimenez was trying to support them in the possession game and create some space behind for the wingers. Moutinho was a holding midfielder that was supporting the game all over the pitch, while Neves was holding a deeper position in front of the back three.

Spurs were attacking more from the right side, which is something that is observed from the fact that Aurier created the first goal with a delivery in the box and scored a beautiful goal from the edge of the box with a great finish.

Wolves, from the other side, had a more balanced method to attack. They were attacking more from the flanks (where two of the three goals were created from) because they had a small percentage coming from the centre of the field, from which the winning goal came.

Starting the analysis from the back, the Spurs faced some difficulties in breaking through the lines. The central midfielders, Winks and Lo Celso were receiving passes from the back three, but they were unable to penetrate the opposition. That is the reason why Alli was coming deep and tried to outnumber in that situation but still Wolves managed to be compact and keep their number advantage in the small areas.

To solve that problem, Spurs let the wingers come inwards on the field and receive the ball. In that way, Spurs would balance the arithmetic advantage of Wolves and likely outnumber them in the flanks.

For the above reason, the wing-backs of Tottenham Hotspur were playing high on the pitch and they were one of the main threats for the opposition.

At the second half, Tottenham tried to put the ball into the box quickly and therefore they were crossing the ball from a deep position. In that way, they were trying to take advantage of the fact that the goalkeeper of Wolves, Patricio, was not coming for crosses and there was a gap between him and the back three that Spurs thought they could have an advantage from.

Tottenham Hotspur – Out of Possession

When Spurs were losing possession of the ball, they were trying to put pressure instantly and retake the ball in the space where the opponent won it.

If that was not possible, then they were trying to organise and be more compact with a back five defensive line, where Davies and Aurier were coming next to the back three.

Mourinho tried to support his central area and therefore he changed formation into a 4-3-3 when Ndombele moved into Tanganga’s position. Davies and Aurier turned into left- and right-backs.

Wolves chose a more direct style of play with long balls. The goalkeeper, Patricio was targeting mostly the right side of the pitch, where Traore and Jimenez were moving into. Whenever one of them managed to control the ball, Wolves had better chances to put the ball into the final third of the field.

Moreover, the centre-backs were also targeting the front line with long balls, as this was a way to break the high pressure of the opponent and take advantage of the speed of Traore and his physicality in 1 v 1 challenges.

Wolves could not take advantage of their centre midfielders in the first half. For that reason, the players that were coming deeper in the field were Traore and Jota.

Wolves tried to overcrowd the centre of the pitch with the two centre midfielders and the two wingers that were coming inside. In this way, the wing-backs, Doherty and Vinagre would have more chances to find free space and take advantage of a combination game.

The earlier situation led to this, which was the equaliser for Wolves.

Wolverhampton Wanderers – Out of Possession

Wolves could not keep possession of the ball for a long time compared to their opponent and one of the reasons that this was happening was that they were trying a more direct style of play with long balls.

The chances to lose a long ball at the centre of the field are high, so when this was happening, Wolves were trying to organise and keep the tempo of the game in a low rhythm. To achieve that, Doherty and Vinagre were stepping back in the same line with the back three and were creating a back five defensive line. Therefore, the formation was turning into a compact 5-3-2.

A key point for the low tempo was that Wolves were trying to stop Tottenham’s players through tactical fouls that they were committing when the opponents were counterattacking. This was an effective way to restrict their opponents from creating chances in open play.

Wolves did not press high in the final third of the field much, but they were effective when they did. Jimenez, Jota, and Traore were the players that were pressing high and Moutinho with Neves were waiting behind for a potential wrong pass.

Wolves were trying to block the pass into the centre midfielders from the centre-backs, something that most of the times went as it was planned; Neves and Moutinho coming higher and Jota, Jimenez, and Traore creating a three-man line in between the back three and the two centre midfielders of Tottenham.

In this way, Wolves forced Tottenham’s players to play long balls in tight areas, which was more difficult for them to control the ball.

With these kinds of tactics, Wolves were trying to retake possession of the ball and under the right circumstances that they created, they were able to counterattack quickly. Jota, Jimenez, and mostly Traore were the players that were receiving the ball.

Wolves are for sure an athletic team that keeps fighting until the referee blows the final whistle. They have shown us quality performances and very entertaining games with great comebacks against powerful opponents and without a doubt are a team that will fight until the last fixture for the positions that lead to the UEFA Champions League.

Mourinho has tried to transform and make an impact on his new team, but he has not managed to do that completely yet. Both Tottenham Hotspur and Wolves have as their goal the Champions League spot, but if Spurs want to keep in touch with those positions, they must be more determined in future games and especially at home. 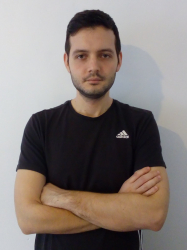 Theocharis Tousios
I am Theocharis, MSc student in Football Analysis. I am 25 years old and I am from Greece.

Football Teams That Agreed to Promote Gambling for Money

Top Managers who will be Feeling the Pressure this Year