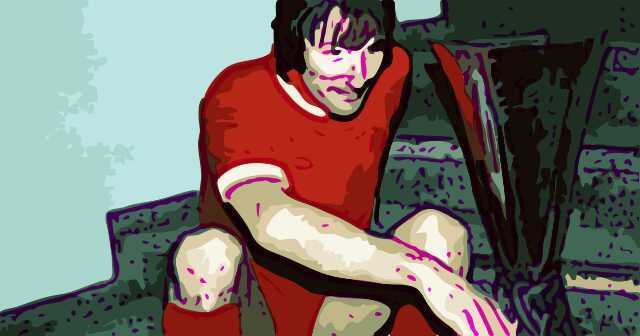 Welcome to our second examination of the year which was 1973. Previously we discussed how Liverpool under the management of Bill Shankly not only took their eighth title but also reached the final of the UEFA Cup, while Leeds United had the little matter of two cup finals to play in the space of eleven days – those pertaining to the FA Cup and the European Cup Winners’ Cup.

This time out we will have a look at how these three finals panned out and then crack on with a look at the rest of the calendar year that was 1973.

First up was the FA Cup Final between Leeds United, who had finished third in the First Division behind Liverpool and Arsenal, and Sunderland who could finish no higher than sixth in the second flight. Leeds were, of course, managed by the incomparable Don Revie, while Bob Stokoe was in charge of Sunderland.

The two men had shared a fierce rivalry – some would say hatred – going back over a decade to when Stokoe was manager of Bury and Revie was newly installed in the Elland Road hot seat. According to Stokoe, who often told the story to whoever would listen, Revie had approached him before a vital relegation clash to offer a bribe to throw the match. Stokoe claimed he had rejected the advance out of hand and although Revie always strenuously denied any part of the allegation to be true, the stigma and suspicion remained.

So it was that when the two men led their respective sides out at Wembley, there was none of the usual forced conversation between the managers of the cup finalists; instead, the two men steadfastly refused to acknowledge each other and instead marched grim-faced across the turf.

Leeds were expected to wipe the floor with Sunderland and practically nobody gave the red-and-white stripes adorned Black Cats a chance, but unfortunately for Revie and Leeds, Sunderland were more than ready for their illustrious opponents.

On a rather drab and drizzly day, Sunderland took the game to Leeds and actually enjoyed the lion’s share of the opening exchanges before taking the lead on 31 minutes when Scottish midfielder, Ian Porterfield, crashed home from twelve yards after Leeds failed to deal with a corner.

Halftime came and went and although Leeds piled on the pressure, Sunderland held firm and could have even increased their lead before the turning point of the game arrived halfway through the second half. A cross from the right wing was met by Trevor Cherry at the far post who dived to head the ball back across Jim Montgomery in the Sunderland goal only to see him produce a full-length save. The ball landed at the feet of Peter Lorimer who was no more than eight yards out, and as he struck the ball goalwards it seemed certain the equaliser was on the cards.

Montgomery bounced back up from the Wembley turf and, arching his back to breaking point, was able to flick Lorimer’s shot up and onto the bar. Fortunately for him and Sunderland, when it bounced down again it did so on the right side of the goal line as far as they were concerned.

With no more major incidents of note to follow, Sunderland held onto their single-goal advantage and so took the cup back up to the North East.

Leeds were crestfallen but at least had the chance to make amends and ensure the season didn’t end up empty-handed in the European Cup Winners’ Cup Final held in Greece against Milan eleven days later. While Leeds had not done themselves justice at Wembley, in Greece they played much better. Unfortunately, however, an improved performance was not sufficient to bring about any solace or to take the cup.

In a truly shocking display of refereeing it is no exaggeration to state that Leeds were well and truly robbed. So blatant was the Greek referee’s abject cheating (there is no other word that comes close to describing it) that the neutral fans in the crowd that night reacted by not only booing their country compatriot from the pitch but also ensuring that he and his linesmen required a police escort to get out the stadium alive.

The man at the centre of the controversy, Christos Michas, was later banned for life for participating in match-fixing and no wonder, really. In the match itself, decision after decision went against Leeds from the second minute onwards with the Italians seemingly having carte blanche to tackle in any manner they felt fit, while the English side was being penalised for the most innocuous of challenges. When Michas penalised Paul Madeley for a fair challenge on the edge of the box, the writing was on the wall. Worse was to come, as the resulting free kick was deflected past David Harvey in the Leeds goal for the only goal of the game.

The referee turned down at least three clear-cut penalty appeals for Leeds and upon the final whistle, Leeds were cheered from the pitch by the Greek crowd while both Milan and the referee were given the most ferocious of receptions by the crowd. While Leeds appealed at the time, and Michas was later banned for life, the result was allowed to stand. More than 30 years later, an attempt was made to have UEFA reconsider their decision to not overturn the result.

Thus it was left to Liverpool to ultimately fly the flag for English sides in Europe and garner some consolation for the nation with a nervy 3-2 aggregate victory over West German side Borussia Mönchengladbach.

The first leg was played at Anfield, and after 30 scoreless minutes the heavens opened and the pitch was soon waterlogged, causing an abandonment and the sides to have to try again the following night. This time Liverpool hit their collective straps and emerged with a 3-0 advantage, with both sides missing a penalty.

If Liverpool thought they were home and dry, then the first half an hour of the return leg gave them food for thought to reconsider. The West Germans rushed into a 2-0 lead and so Liverpool then had to play for the best part of an hour with their collective backs to the wall. That they were ultimately successful in preventing the concession of any further goals meant that the first European trophy in Liverpool’s history was secured.

At last, the club season was over but before the players could all go off on their summer jollies, there was the little matter of the Home Internationals and the World Cup qualifying games to be held in May and June. England took the honours in the British Championship with a 100% record following victories over Wales in Wrexham (2-0), Northern Ireland at Everton (2-1), and Scotland at Wembley (1-0).

More important for Sir Alf Ramsey and his men was a clash in Poland on 6 June 1973. With three points from the opening two games, England were in a decent position at the halfway point of the qualification process, and a victory in Chorzów, Poland, would almost certainly secure qualification, while a draw would also leave England in a very strong position.

Unfortunately for England, everything that could go wrong for Three Lions conspired to do so, with captain Bobby Moore choosing the occasion of his 105th cap to make one of the only mistakes of his long and illustrious career. With England already trailing to a first-half goal, Moore lost possession in his own half allowing Lubanski to run 40 yards before finishing past Peter Shilton. The result meant that England would need to win the return game at Wembley against the Poles the following October to qualify.

Meanwhile, Scotland had played two World Cup qualifying matches at the end of 1972, beating Denmark 4-1 away and 2-0 at home, and so were in a strong position. Northern Ireland were in a group alongside Portugal, Cyprus and Bulgaria, and after the 1972-93 season had three points from four games following a win over Cyprus and a draw against Portugal. Defeats against Cyprus and Bulgaria had left qualification looking unlikely for the Irish, though.

The summer came and went with Roger Moore appearing as Jame Bond for the first time in the 007 thriller, Live and Let Die. Meanwhile, at the end of July, a disaster at the Markham Colliery at Stavely, near Chesterfield, resulted in the deaths of eighteen coal miners.

On the small screen that summer, were the first episodes of the children’s sports programme, We are the Champions, and also the comedy, Man About the House with Richard O’Sullivan starring. From the USA came the opening episodes of Kung Fu, a martial arts drama series with David Carradine in the lead role.

Football was back in August with the FA Charity Shield ushering in the season. Unfortunately, the showpiece match, which had first taken place in 1908, had lost most of its appeal in the past few seasons and since 1971 neither the League Champions nor the FA Cup Winners of the previous season had deigned to compete for the trophy.

Taking the place of Liverpool and Leeds, the major trophy winners of 1973, were Second Division champions, Burnley, and Manchester City, who had finished the 1972-73 season in eleventh place in the First. A single goal was enough for Burnley to take the trophy in front of a 23,988 crowd at Maine Road. This general apathy towards the Charity Shield was to lead to the FA deciding to move the game to Wembley and make participation compulsory for the major trophy winners from the following season onwards.

In the third and final part of our look back at the Wonder Year of 1973, we will have a look at the early months of the domestic and European seasons while looking at the conclusion of the home nations’ efforts to qualify for the 1974 World Cup.