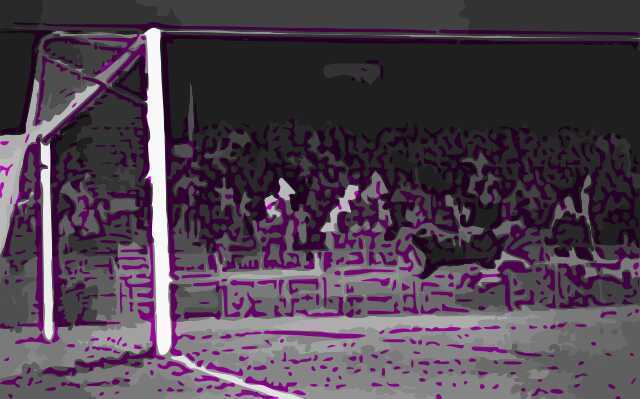 It was a fitting chapter in the shambolic story of Birmingham City’s 1985/86 season. When Gola League Altrincham visited St Andrew’s in the 1986 FA Cup Third Round and left victorious, it says a lot about the state of the First Division side that it was not a huge shock. On and off the pitch, Birmingham City were spiralling out of control.

Manager Ron Saunders had predicted the trouble ahead. After leading the club to promotion in the previous campaign, the former Aston Villa boss urged chairman Keith Coombs to spend some money, otherwise the club faced an instant return to the Second Division.

However, there was little hope of Saunders receiving financial backing. The club was over £2 million in debt, with an overdraft of nearly £1 million, and with gates declining and further money owed to creditors, Saunders would have to make do with the squad that had earned promotion.

At first it looked as if Saunders’ fears were ill-founded. Winning five of their opening nine league matches, Birmingham sat in eighth place, but that really was as good as it got. The rest of the campaign was an unmitigated disaster, as the lack of financial investment played out as Saunders expected.

The next 16 league matches prior to the Altrincham embarrassment demonstrated just why Birmingham were so vulnerable to an FA Cup shock. Two points out of a possible 48, eight successive home defeats, and just five goals scored – including a run of six consecutive matches without a goal – saw Birmingham slump to 21st position. Only a dismal West Brom team kept them off bottom spot.

There would be a change in the boardroom come December. Coombs sold his majority stake in the club to Walsall chairman Ken Wheldon, but soon it became clear that any chances of squad improvements were off the table, with Birmingham reportedly losing £10,000 a week. Saunders and the new chairman were heading for a collision course as the turbulent atmosphere surrounding the club gathered.

Conversely, Altrincham were in a confident state of mind prior to their trip to St Andrew’s. Managed by former player John King, the club sat in second place in the Gola League and would win the FA Trophy final later in the season. FA Cup shocks were all part of the recent club history too.

Four times Altrincham reached the third round in consecutive years from 1979-82, with Football League opponents beaten on seven occasions between 1979-85. Beating Chorley in the 1985/86 FA Cup First Round, another league scalp in Third Division Blackpool set up the date with destiny in England’s second city.

Bloodying the nose of league opposition was particularly sweet for all associated with Altrincham. Twice winning the Alliance League in 1980 and 1981, the club were denied promotion to the Football League due to the archaic re-election process. The whole 1980 affair left a very bad taste in the mouth.

Altrincham goalkeeper Jeff Wealands also had a reason to get one over Birmingham. A bust-up with Saunders had seen him leave the club in 1983, Wealands revealing that he was not allowed to board the team coach before a League Cup match at Burnley. Now working in an insurance company, Wealands was honest about his feelings before the tie.

“It’s not my priority that Altrincham should knock Birmingham out just for me to get my own back, but it’s fair to say that Saunders wasn’t on my Christmas card list.”

Wealands had watched Birmingham lose to Manchester United in another defeat for Saunders’ team.

“I saw nothing to worry us. The Birmingham players will be worrying though. They are on a hiding to nothing.”

Originally scheduled for Saturday January 4, several postponements followed due to a winter freeze, meaning that the two teams finally met on a chilly and windy Tuesday January 14 evening. It certainly appeared as if Birmingham were edgy as the first half progressed, with Altrincham in turn looking relatively comfortable.

Conceding possession and being caught offside on numerous occasions, the First Division side reeked of a team totally lacking belief. When Nicky Platnauer did create a chance for Robert Hopkins, the childhood blue blazed over. It was the start of a harrowing evening for Hopkins.

Altrincham missed a decent opportunity with Peter Conning failing to beat David Seaman, and it looked like a crucial moment as Hopkins gave Birmingham the lead in the 63rd minute, finishing off a Ray Ranson corner that was headed by both Ken Armstrong and Andy Kennedy.

A set piece just two minutes later handed Altrincham a route back into the match. Skipper John Davison floated a free kick into the box and after headers from Colin Chesters and Gary Anderson, Ron Ellis levelled the tie.

A replay at Maine Road was edging closer before the final nail in Birmingham’s coffin in the 75th minute. Hopkins, without looking at Seaman, played a back pass past the onrushing keeper. “He ghosted past three defenders and took it well,” King joked the next day. It was no laughing matter for Hopkins or his fellow blues.

Many of the 6,636 crowd stayed to applaud the Altrincham players from the pitch, their win totally deserved. “At times Altrincham looked the better side,” Saunders admitted. “We came expecting to get a result,” King announced. “At the moment this goes for practically every visitor to St Andrew’s,” the Guardian’s David Lacey wrote in response.

Lacey also noted the “tragi-comic and all too predictable circumstances” surrounding Birmingham’s defeat. Whereas the Altrincham coach departed with bottles of champagne on board, and King became a man in demand in the media, Saunders cut a disconsolate figure.

“I hope this result shakes things up so I can get some money from the board,” Saunders declared in the immediate aftermath. But realistically that was never an option. With Wheldon keen to renegotiate the terms of Saunders ‘ rolling contract, and the chairman telling Saunders to stick to playing matters, the inevitable happened.

Saunders resigned just two days after the Altrincham match and jumped out of the frying pan of Birmingham into the fire at West Brom. Relegation followed for both clubs, with John Bond unable to prevent the unavoidable drop at Birmingham. It was a season to forget for the Midlands.

Altrincham lost 2-0 to York City in the next round, but they had made their mark in the competition. For the first time since 1975, and only the sixth time in history, a non-league club had defeated a Football League side in the FA Cup. Unfortunately, they never did make it to the Football League. Yet at least the Robins had a night to remember in January 1986.