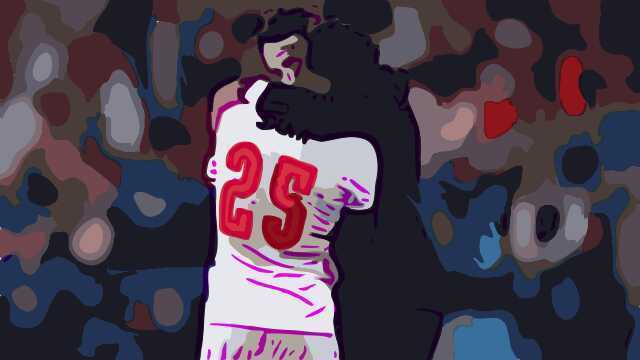 Hello darkness, my old friend. I’ve come to talk to you again.

The Simon and Garfunkel lyrics from their classic ‘The Sound of Silence’ were ringing in my ears as I watched a disconsolate Harry Kane stare into space at the full time whistle, as England crashed out in the quarter-final of the 2022 World Cup. His penalty miss against France (and his Tottenham teammate Hugo Lloris) particularly stung because we’d watched him convert one only 30 minutes before.

For all that England were arguably the better team overall, it was yet again a dreaded spot kick that sealed our fate. Had it been scored, you could imagine the momentum would have been back with Gareth Southgate’s side, and they could well have gone on to book a semi-final tie against Morocco. Instead, this team will be packing their bags and heading home.

You’d think as England fans we’d be well accustomed to the pain and heartache that elimination from a tournament brings, seeing as that’s all we’ve known from international football over the last 56 years. However, every time it happens again, it seems to cut more deeply than it did before.

In my 32 years, I’ve seen my fair share of disappointment when it comes to England. I was lucky enough to be born a few months after Gazza’s tears and Waddle’s miss in Italia ’90, and wasn’t into football yet when Euro ’96 came to town. Some memories are hazier than others, but as I’m a gluten for punishment, let’s look back at five of the exits from tournaments that hurt me the most.

Where it all began. As it was the first World Cup I was old enough to appreciate, it still holds a special place in my heart. Having made it through the group stages, Glenn Hoddle’s men were drawn against Argentina. At 7, I was too young to fully comprehend the historical significance of the fixture, both on and off the football pitch, but I knew that England would obviously prevail, because we were the ‘good guys’.

Watching on in my parent’s living room (the venue of many of the upcoming heartbreaks) I was enthralled by the back and forth nature of the game. The Michael Owen slaloming run and goal made me yelp with excitement. The David Beckham red card gave me an irrational dislike of him, and all Manchester United players (which still holds strong to this day). The Sol Campbell disallowed goal made me realize referees were fallible.

Then came the penalties. Alan Shearer, Owen and Paul Merson had no trouble dispatching their efforts, but with Paul Ince having missed his, it came down to David Batty to keep England in the tournament. The infamous commentary line from Brian Moore, when asking his co-commentator Kevin Keegan ‘Quickly Kevin, will he score?- Yes’ gave me a second of reassurance that all will be ok. Keegan was wrong. We were out. I cried. The pain had begun.

For just under a decade, my interest in international football had waned somewhat. After watching David Seaman get lobbed by Ronaldinho in 2002 in my year 6 classroom at 8.30 am, I decided following England just wasn’t worth the hassle. A bold call for someone who wasn’t yet 11.

However, after years of trying and failing to learn the guitar, skateboarding, and how to talk to girls, I was drawn back in. Fabio Capello seemed like a manager who had the trophy-laden experience at club level to take England further than anyone had managed in generations, and even with some dire performances in the group games (the 0-0 vs Algeria vividly sticks in my mind as the most bored I’ve ever been for 90 minutes) I found some optimism from somewhere. Back in my parent’s living room following a roast dinner, and surrounded by some of my now dearly departed grandparents, I thought ‘why couldn’t we overcome Germany?’

Because they were really good, and we were sh*te, that’s why. This loss felt worse than against Argentina 12 years before, as I was old enough to understand just how inferior England had been, how the Germans outplayed us in virtually every single way, making us look like amateurs. Yes it could have all been different had Lampard’s shot been correctly given as over the line, but the reality was it could have been six or seven by the end. Also, the fact that tormentor in chief Thomas Müller was only a year older than me made me realise I just might have missed the boat to becoming a professional footballer. A double whammy indeed. It hurt as my youthful naivety had led me to think we might actually have had a chance.

Six years on from the humiliation in Bloemfontein, I was a different man. I’d graduated from University, started full-time work, and had seen parts of Asia, North and South America. I’d grown up a lot, so surely couldn’t still be affected by a football match in quite the same way as I had done before?

Wrong. The 2-1 loss to Iceland at Euro 2016 was the worst experience of watching England play at a major tournament. The overriding emotion this time wasn’t sadness, however, it was anger. Surrounded by my friends at a local pub, we all looked on in horror about what was unfolding in front of us.

After witnessing his sides in Poland and Ukraine in 2012 (below average) and in Brazil in 2014 (dismal) I wasn’t expecting Roy Hodgson to take England far in this tournament. But the pure arrogance of expecting to beat a smaller nation on status alone reeked of a misplaced sense of entitlement.

Showing up isn’t enough. Yes, England should have been beating sides like this, but sticking Wayne Rooney in midfield, and Harry Kane on corners seemed a pretty bad way to execute a ‘game plan’. Thankfully Hodgson was gone after this disaster, and fans were safe in the knowledge that it will never be as bad as this again. At least, not on the pitch itself.

Russia 2018- knocked out by Croatia in the Semi-Finals

It is safe to say that the mood of the nation had not recovered sufficiently following the Iceland debacle. Southgate didn’t seem like the most inspired choice to replace Sam ‘Pint of Wine’ Allardyce, and didn’t seem convinced that he wanted the job himself. However, he soon started to prove his doubters wrong.

A narrow win against Tunisia, a 6-1 thrashing of Panama, then a 1-0 loss to Belgium put England into a Round of 16 clash against Colombia. After 120 minutes the game was 1-1, which meant the inevitable anguish of penalties was to follow. Holed up in an incredibly sweaty pub in Farringdon, I was ready for another round of shoot-out misery. It never came. Instead, the entire room exploded in jubilation, as a 28-year penalty curse was finally put to bed (for the time being at least) and Southgate could finally lift the weight of his own penalty demons.

I missed the Quarter-Final match against Sweden as I was giving a best man’s speech at my friend’s wedding (terrible planning on his part), so the anticipation was high for the Semi-Final against Croatia. After Kieran Tripper’s free-kick in the fifth minute, I dared to dream. I might actually be about to witness England making it to a World Cup Final. Something I, and an entire nation, had waited to happen for over half a century.

Slowly but surely, the dream disappeared, as England retreated further and further into their own half. When Ivan Perišić equalised with 20 minutes to go, part of me knew what was coming next. Mario Mandžukić’s goal didn’t come as any surprise, but it didn’t stop the anguish. We were *this* close to a first World Cup final in 52 years. To blow it in extra time made the disappointment even harder to process. However, there was another emotion at work that day; pride. Finally, we had a team, and a manager, who we could actually get behind and believed in. They had made it further than any other England team in my life time and had done so in a positive & engaging way. For once, it felt like the beginning of something, instead of the end.

England 2021- knocked out by Italy in the final

When Covid struck, it looked like Euro 2020 might not be able to take place at all. Typical, England were finally on an upward curve, and their best chance for success was cruelly snatched away from us by a worldwide pandemic.

Thankfully the tournament managed to get underway a year later, and with a potentially tricky group navigated, England were drawn against their old foe Germany. All I wanted was to avoid the pain of 2010, to not have Müller and co ruin our summer once more. He had the best chance to spoil it for England, but instead, we finally triumphed against a ‘big’ team at a tournament  The sports bar in Canada Water went mad as Harry Kane finally got his first goal of the competition, to seal a famous 2-0 victory.

The Ukraine victory never seemed in doubt, and due to near-tragic circumstances surrounding Christian Eriksen, I was actually fully confident England would make it to the final. They didn’t make it easy, of course, but given the rollercoaster (one with many more downs than ups) of emotions England had put me through since I started watching football, them only just having enough to get it over the line made sense. The air was filled with warm beer as the people at Gipsy Hill Brewery, myself included, drank the moment in.

You could tell the nation had been caught up with Gareth’s guys as people in the pub in Honor Oak weren’t full of dread as the penalties were starting against Italy. It showed that the tide had truly turned, that a likable group of players, led by a wholeheartedly good man, had made supporting England fashionable again. I wanted it to happen so much, not just for me and other fans like me, but for this group of people who had earned the right to go down in history as winners.

Within minutes, the positive mood had been eroded. It ended the same old way, with Bukyao Saka missing the decisive penalty, and I won’t lie, I was dejected once more. Though not with the players. They had nothing to be sorry for. Sh*t happens when it comes to a shootout, and having missed a penalty during my Saturday football career, when there was barely a man and his dog looking on, I knew it was much easier said than done.

Instead, I was furious with the deplorable reaction on social media, with Saka, Marcus Rashford and Jadon Sancho being singled out for abuse, for reasons that unfortunately don’t need any explaining. So this loss certainly hurt more than ever before, but mainly for reasons off the pitch, as opposed to ones on it. It showed how far we had come as a team, but how far we still had to go as a nation.

So, what will the future bring? Will Euro 2024 finally see England’s name etched into the trophy? Will Southgate, Kane, Jordan Pickford etc have one more shot at glory when the next World Cup in North/Central America rolls around? Or could it be another 20 or 30 years before we even get close again?

Who knows. But as another well known phrase goes, it’s the hope that kills you. That doesn’t mean I won’t be watching, mind.