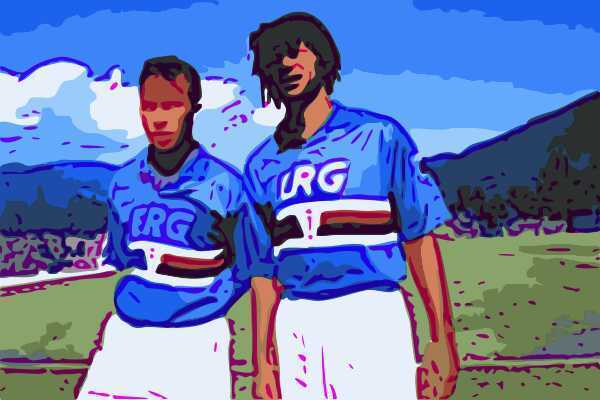 In my last piece, I wrote about Chris Waddle and his time in France. Afterward, it got me thinking about other players that had successful moves away from the British Isles. After his Italia 90 performances with England, David Platt would find solace in the boot-shaped country of Italy, and he is now my second subject of what is quickly becoming a string of articles looking into the best British exports.

Already a superstar for English club Aston Villa, Platt would move to Italy in 1991, where he would play for three different clubs. Along the way, he’d be faced with three different challenges, in which he prevailed unscathed each time.

With several options on the table, the Englishman would pick the unlikely option in Bari, who had just been promoted to Serie A. Vincenzo Matarrese, the club’s president, was determined to plot the port town on the Adriatic Sea on the football map, and Platt would become the marquee signing to kick things off, with a fee of £5.5m being placed on the attacking midfielder.

The president’s wishes were not fulfilled as Bari would get relegated at the first time of asking in Italy’s first division. With only six wins in Serie A, Bari’s squad overhaul was uninspired as they finished third bottom, seven points from safety.

Bari’s problems lay in attack, with only one player notching more than four goals. Albeit, that player was David Platt, and he was an instant hit in Italy. Not only did he showcase his immense ability with the ball at his feet, but he had dove head-first into Italian culture, learning the lingo whilst he was at it.

It was this nosedive into his new surroundings that initially made him so popular. While British players that rocked up in the Mediterranean before him failed to acknowledge the importance of settling into life on and off the pitch, Platt was different.

12 goals in 28 games for a team that struggled to create clear-cut chances showed just how good Platt was. And because of the relegation escape clause in his contract, he was free to leave, capturing the attention of potential suitors faster than light.

This meant that David Platt’s time in Bari was short but sweet. Luckily for the Englishman, it set him up for better things elsewhere as he looked to stay in Italy and build on both his ball skills and language skills in the following seasons.

Sampdoria was the first Italian club to make an offer, and until Juventus came calling, it looked like Platt was off to the blue, white, black and red of Genoa. The truth was, though, that Platt’s boyhood favourite was Juventus, and so when a £6.5m bid came flying in, his mind was made up for him.

So, when Platt moved northward to Turin, he left behind challenge number one, which was relegation. Challenger number two in Italy would arrive instantly upon touchdown to join Juventus. While Serie A clubs could employ as many foreign players as they so wished at the time, only three could play at a time in domestic fixtures.

Platt arrived believing he would be one of that trio alongside Jürgen Kohler and Julio Cesar, while newly arrived Andy Möller would go out on loan to Atalanta. The German midfielder, however, ended up staying in Turin after taking legal action, and such was his early footballing impact, he kept that third place instead of Platt.

An injury to Cesar gave the Englishman his chance, and he scored on his debut in a 2-2 draw against Genoa. However, his cause was set back when he missed three months of the season with a cartilage injury.

The Englishman returned in time for the climax of the season. At that point, Juventus were chasing UEFA Cup success, but Platt was left out of the squad, leaving many to wonder what the future holds for their hardworking Brit.

But while Platt was happy to stay and fight for his place, remaining assured of his ability to force his way into reckoning after a difficult debut season, it was president Boniperti who initiated the option of him moving on, recognising he was too good a player to be simply a reserve.

So in two seasons, Platt was on the move at the end of both during his time in Italy. It was through no fault of his own, though, as he always played well with little complaint on how his time had gone.

The third and final challenge of Platt’s time in Italy would come when he moved to Sampdoria, the team he turned a blind eye to the year before, in favour of Juventus. The move came about in the summer of 1993 for a fee of £5.2m.

At last, Platt finally found his spiritual home when he moved to Sampdoria. It only took three years, but under future England manager Sven Göran Eriksson, Platt found peace in the rolling hills of Genoa. While less politically tense when compared to Juventus, but with the same competitive edge, Platt thrived in the Swedish coach’s traditional 4-4-2 formation, especially when given the chance to play alongside superstars like Ruud Gullit, Roberto Mancini and Atillo Lombardo.

On his debut, the Englishman scored with a delightful header. From then on, he never looked back, playing his happiest football for the next two seasons for Samp. Scoring 17 times in 55 games, Platt was able to flourish as an attacking midfielder, all while keeping his teeth showing.

Maybe it was his perseverance in the face of a challenge that got him that move, maybe it was all down to luck, or maybe, just maybe, Platt’s story in 90s Italia is one that we should all tell our children about to blur the lines between hard work and achievement.

David Platt and his mild-mannered temperament was a match made in heaven. In the end, the third challenge in his days abroad worked out perfectly for him, and we feel he deserved it. He was a great, great player, with an even better personality.

In 1995, he returned to England as one of only three British players to carve a successful career in the boot-shaped peninsula. Liam Brady and Trevor Francis were the other two. Now, it’s time for Tammy Abraham and Fikayo Tomori to follow in their footsteps.