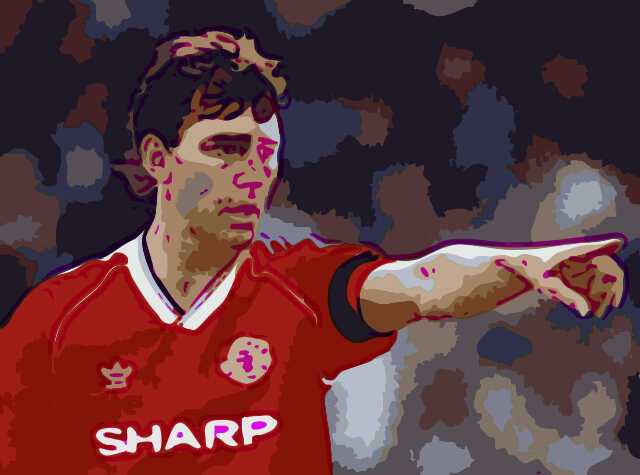 Known as an icon of the beautiful game, Bryan Robson was one of England’s finest midfielders of a generation. Born in Chester-le-Street County Durham, Robson was recognised for his pure quality and natural leadership skills, which subsequently led him onto becoming one of the game’s most admired players of his time.

His career, however, did take several turns. Some for the better, some for the worse. Like any professional career, injuries hampered Robson when it mattered most. Regardless of his successes, much more could have been achieved. Conversely, the way in which the iconic number 16 and 7 rose back up to the top of the game is just an implication of the sheer status of such a respected player. To put it simply, this incredible career was somewhat of a rollercoaster from start to finish…

Bryan Robson started his career among the reserves of West Bromwich Albion and got promoted to the first team in July for the beginning of the 1976/77 season. It was here at the West Midlands side that he established himself among the top English midfielders.

It was during his time at The Hawthorns when he also made his first appearances for England under 21’s squad, and subsequently began his international journey, which would see him travel to three World Cups across 90 caps donning the Three Lions jersey. During his time at West Brom, three leg breaks within a year threatened his future, but with great determination, he somehow made a complete recovery.

By the end of his time at West Brom, Robson had become club captain, and had made over 200 appearances. By this point, he had earnt himself a move after gaining the respect of Manchester United manager Ron Atkinson. It was the summer of 1981 and Robson’s move from The Hawthorns to Old Trafford had gone through, sending the Brit into a team that was destined to win titles.

He was now playing for one of the biggest clubs in not just England, but the World, and was now becoming a prominent figure in a strong United team for the price tag of £1.70m, breaking the British transfer record at the time. This was arguably the most successful period of his club playing career, as he acquired 77 of his 90 international caps whilst playing among the icons of Old Trafford.

After making his debut away to Tottenham in the League Cup on the 7th of October 1981, the Englishman would go on to make a respectable 461 appearances for the Red Devils, scoring 99 goals in the process. This included becoming the most successfully captained player in Manchester United’s history. Now going by the nickname ‘Captain Marvel’, Robson had replaced former United Captain Ray Wilkins and was destined for the top stage, as he became the first club captain to lift the Premier League trophy in 1993 (albeit conjointly with Steve Bruce) and would additionally go on to become the longest serving skipper for the Red Devils.

Robson went on to play out a greatly successful career, and among a list of personal honours he lifted the Premier League twice, FA Cup three times, League Cup, Charity Shield twice, and European Cup Winner’s Cup throughout his time at Old Trafford. Additionally, throughout his stint at Middlesborough after his time at United, he also lifted the First Division title, this time as a player-manager.

Robson made his debut for his country at Wembley in a 2-0 victory over the Republic of Ireland in February 1980. He would go on to accrue an impressive 90 caps wearing the Three Lions shirt – and 65 as captain – in an 11-year international career.

The English skipper enjoyed 26 goals for his country (the 11th highest ever), with the first coming in his 13th appearance which unfortunately was not enough in a 2-1 away defeat to Norway in Oslo. Furthermore, ‘Robbo’ was selected for the squad for three World Cups during this time with the Three Lions. Conversely, during these three World Cups, he only managed to play eight matches on the world’s most prestigious stage, due to unfortunate injuries keeping him out of England’s Mexico ’86 and Italia ‘90 runs, playing only the first 2 games in each tournament.

His first World Cup match came in 1982 in Spain, after making a string of consecutive appearances to help the Three Lions qualify. There he made history. A player’s first taste of World Cup football for their country is going to be exhilarating enough. Then imagine scoring on your tournament debut. Then, imagine breaking a record for one of the quickest goals in the tournament’s history, to open up your country’s campaign.

It took just 27 seconds for the United midfielder to take advantage of an open French defence after a pass into the middle of the box by fellow teammate Terry Butcher following a throw-in on the right-hand side by Steve Coppell. As stated later by the record-breaker…

‘Scoring after 27 seconds in a World Cup changed my life!’

There was Robson to finish a move practiced in training only days before. This was the first goal of a successful 3-1 opening day victory for the Three Lions at the San Mamés Stadium in Bilbao (home to Basque Spanish La Liga side Athletic Bilbao). Robson then went on to score England’s second, in order to regain the lead after a French equaliser from Gerard Soler, before Paul Mariner secured the victory with an 87th minute safety goal.

This was (at the time) the third-fastest ever goal in World Cup history, although it would later be bettered by Turkish Striker Hakan Súkúr in 2002. As part of this celebratory moment for the Brit, he was coincidently awarded an inscribed golden watch, that even now he is thought to occasionally wear from time to time.

‘My profile went sky high. Not just in the UK but worldwide.

I was presented with a gold watch by Seiko with the inscription ‘fastest World Cup goal, England v France 1982, 27 seconds’

England’s ‘Captain Marvel’ first took his nation’s armband later that year, in November 1982, and would go on to become the player gaining the third most appearances as captain, with only Bobby Moore and Billy Wright carrying out more than this. This all came on his path to what legendary England and Barcelona Manager Bobby Robson stated to be the ‘best player in England’ later down the line.

Although he was unable to guide his country to World Cup glory, Robson did manage to help captain England into the 1986 World Cup – which was subsequently filled with drama and controversy. Mexico ’86 was one that definitely went down into the history books after the quarter final match-up between England and Argentina. For Robson, however, this was a match in which he could only watch on from the sidelines. The group stages injury (which ironically would reoccur again 4 years later) put him out of the tournament after just the second match against Morocco.

The Three Lions’ Captain could only watch on as Diego Maradona would enact his infamous ’Hand of God’ which ended up past Peter Shilton, to send the Brits home at the Quarter-Finals.

He had sustained a similar issue 4 years later against the Netherlands at Italia 90 – where England eventually came 4th after losing to Germany in the Semi-Finals– where arguably the team played better with a new formation, when Robson was unfortunately side-lined. Across his three World Cups and 8 appearances, he scored 2 goals on the World’s big stage, compared to just 1 in the European Championships.

Overall, however, when he was needed most Robson was known for producing throughout his international career. A hybrid box-to-box midfielder who, on his day, was a force within the middle of the park. The West Brom, Manchester United, and Middlesborough legend has undoubtedly left a lasting legacy on the international stage, and as England’s third longest serving Captain, he is an icon of the game and remains among the legendary folklore.

Fellow English legends can only give praise to the iconic number 16 and 7. Tony Adams stated Robson had a fantastic football brain and exceptional awareness, whilst Paul Gascoigne spoke of the English Skipper as the best player he shared a pitch with. Sir Alex Ferguson described Robson as…

‘The greatest captain I ever had’

He would go on to represent England until 1991, though his international journey did not quite finish the way it had started. What is for certain, however, is that it was a remarkably successful career. Since retiring, he has gone on to work for Manchester United Foundation and remains an ambassador for the club.

‘Robbo’. ‘Captain Marvel’. An immense career for a superb player and inspirational leader.Bryan Robson: A rollercoaster from start to finish.