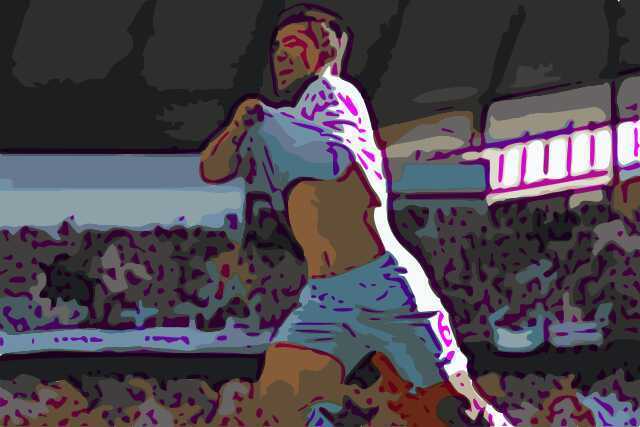 Football. One of the most captivating sports, entertainment past time, and art forms that there is. Many people may see the beautiful game as a simple one, however, we know it brings so much more than that. Much more excitement, thrill, suspense, shock, disbelief, and above all historic moments that can be looked back on as the ‘good old days’.

Since the English Premier League’s inception in 1992, there have been many highs and lows for supporters all around the country. Some were optimistic ahead of the brand new 1992/93 season, while others were more pessimistic. One thing that it all had in common was the excitement of a brand-new era of English top-flight football on its way. And with this, a new era of many historic moments was in the making, one of which happened on the 13th of May 2012, in Manchester.

93:20. That was the time on the scoreboard at the Etihad Stadium when the blue side of Manchester burst into jubilation. It had just been the 20 Year Anniversary of the Premier League, which had been dominated by the side from down the road at Old Trafford – with Manchester United claiming 12 titles. This was City’s chance to revive the other side of the North West, with a richly assembled squad now featuring the likes of David Silva, Yaya Touré, Pablo Zabaleta, Edin Dzeko, Mario Balotelli, and of course the name that will go down in history after the famous Martin Tyler line on Sky Sports – Sergio Aguero(ooooo).

City fans were despairing, after goals from Djibril Cissé and Jamie Mackie gave QPR an underdog lead, as it stood 2-1 to the visitors after 66 minutes. QPR were even down to 10-men, after a Joey Barton red card for kneeing Aguero, before trying to fight half of the City players. The West-London side had had just 3 shots on target and 18.7% possession throughout the entire game. Bearing in mind, this is a match in which QPR needed to get a positive result to avoid relegation, so there was a lot at stake here. Roberto Mancini looked on, as his newly assembled squad chipped away at the West London Club.

Conversely, attention was also partly fixated on the Stadium of Light, as Manchester United were on their way to not just 3 points, but as it stood, a 20th league title, as they were winning 1-0 against Sunderland. It seemed a mini exodus was occurring at the Etihad around the 80th minute, as fans started to trundle out of the stadium, even though the general narrative was that there was still hope among the majority. After all, if this was to happen, it could not be missed. And those who were there would have been glad that they stayed. The final whistle blew at the Stadium of Light, so all eyes were fixed on Mancini and his men.

Extra Time. Hope. Little of it, but it was still there.

Silva whips in the corner, and it meets the head of Dzeko. 2-2. It remained possible.

Unimaginable, but possible. In what had been a gruelling season for some clubs, it was a rarity to have two teams (let alone derby rivals) level on points going into the last match of the season, and now here they were, the blue side of Manchester leading the Red Devils solely on goal difference – +63 to +55 respectively. As said by Sky Sports commentator Martin Tyler, ‘if they win the title from here, it will never be topped’… The seconds ticked by, until the clock struck one of the most iconic times of the Premier League era.

That was the time when The Etihad Stadium erupted into jubilant delirium. 3-2. Just like that, a moment lasting seconds that would go down into the history of the Premier League forever. Captain Vincent Kompany’s carry up the field against a deep defence was followed by a deep-lying Aguero, who had time to turn and find a pass with the outside of the right foot into Balotelli – who provided just two assists to help his side decide this title, his only assists of the entire season.

Many will say it was luck how the ball fell into the path of the Aguero, however, what is certain is that what happened next was pure class and history. Deafening roars erupted in East Manchester, whilst opposingly 137 miles away on Wearside, Manchester United were in a slightly different state of emotion at the Stadium of Light in Sunderland.

Although the Red Devils had done their job, Wayne Rooney’s 1-0 winner was not enough due to The Citizens’ heroics against the resilient efforts of QPR. The famous line that is etched into the folklore ‘Manchester City are still alive here, Balotelli, Agueroooooo!’ raises the hair on your skin even 10 years later.

The Uruguayan went on to tell City’s official website after seeing a statue unveiled in his honour. ‘Following the goal, I was so happy, but I was sort of in shock. I don’t remember anything immediately after, but when it sank in, I realised I’d scored the best goal of my life.’

The worldwide reaction flooded in, from fans to famous faces, to players, and even the Premier League’s officials – as referee Mike Dean was quoted as saying ‘…best game I’ve ever been involved in, because of what was at stake… I said to the guys that something’s going to happen – if they get one more goal, they get another’. And that is exactly what happened.

It is nostalgic moments like this which make this great sport more than just a sport, but a link of moments that connect many millions around the world. Aguero’s 93:20 moment to give Manchester City their first Premier League is engraved there along with all the other nostalgic events, and there will be many more to come in the future.

On a similar note, it could be argued that this was the moment that the blue side of Manchester officially kicked off their new era. 10 years later, further investment and recruitment has led them to the new age domination, in which they now lie above their city rivals, having won five of the last ten titles. Their struggles with FFP and other modern-day issues have raised questions about their methods. However, there is no doubt that a decade later, and they now go into almost every season as favourites to lift the coveted trophy.

Aguero and the legends of that 2011/12 side have moved on, however, there are many more legends in the making, as the legacy continues. One thing is for sure though, that – as stated by Martin Tyler on that famous day – ‘I swear you’ll never see anything like this ever again’…