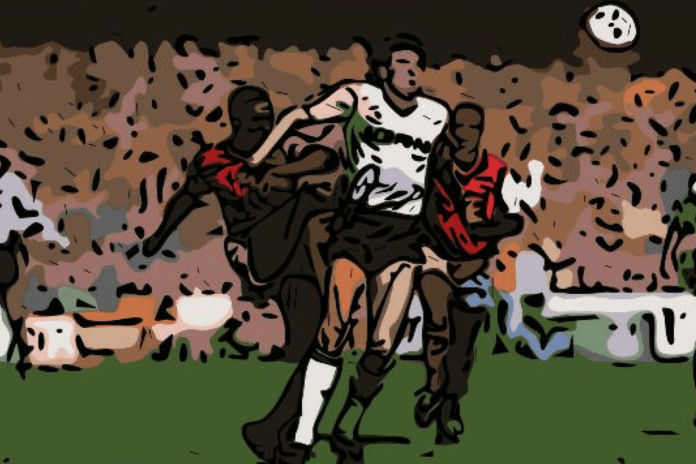 Some sides are just good, aren’t they? They are in the running most years for most trophies and although they invariably experience some disappointments along the way, the pots and pans usually start to pile up. Think Manchester City now, or Manchester United under Alex Fergurson or Liverpool in the 1970s and ‘80s.

Other sides, however, seem to do better purely as cup sides. A trawl back in time to the 1970s and 1980s and a look at the two major domestic cup competitions would seem to bear this out.

If we start our latest ‘Ah, Those Were the Days,’ back in 1970 and have a look at that decade’s FA Cup competition, for instance, we see certain teams with a definite ‘cup pedigree’.

As someone who literally cannot remember his own telephone number, it is a bit disconcerting that from memory I recall Arsenal played in five FA Cup Finals in the 1970s (if we include the 1979-80 season), and Manchester United, Liverpool and Leeds United in three each. West Ham played in two, and Chelsea, Fulham, Sunderland, Newcastle United, Southampton and Ipswich Town one each.

There are patterns worth looking at. Leeds United, for example, appeared in three finals in four seasons between 1970 and 1973 – winning just one – and the one season they were knocked out on the route was the infamous 1971 defeat at Fourth Division Colchester United. Leeds also challenged for the league title to some degree or the other in each of those four seasons, however, and so could possibly be excused the label of being a ‘cup team’.

Liverpool won once and lost twice in the 1970s FA Cup Finals but challenged for pretty much everything else along the way, but the same couldn’t really be said for Manchester United who reached three cup finals in four seasons between 1976 and 1979. With defeats to Southampton and Arsenal in the first and last of those appearances, and just a solitary 1977 victory over Liverpool to show for their efforts, United repeated Leeds’ trick of losing two cup finals out of three within four years.

Now, a closer look at some of these finalists of the 1970s, shows that they also made appearances at the ultimate stage of other cup competitions during that era. Chelsea, for example, kicked off the 1970s with an FA Cup victory and then followed that up with victory the following season in the European extension of the Cup Winners’ Cup and then made it back to Wembley in 1972 for the League Cup Final and ultimate defeat to Stoke City.

(Incidentally, Stoke themselves had a fledging reputation as a cup side at the time, reaching the FA Cup semi-finals in successive years and being beaten by Arsenal each time.)

Leeds United made the finals of the European Cup and European Cup Winners’ Cup in the space of three seasons, and rather amusingly lost both, while Liverpool – naturally – reached a whole host of finals in Europe as well as making an unsuccessful League Cup appearance. Arsenal also reached two European finals during this period.

Moving into the 1980s now, the decade started with Tottenham making successive successful appearances in the FA Cup Final, and this was followed by Manchester United taking the trophy twice within three seasons. Not one of these four victories was accompanied by a real title challenge and so the moniker ‘cup team’ could justifiably be applied to both Spurs and United at this time.

If we look a little closer at the two clubs’ exploits in other cup competitions around this period, this accusation becomes even stronger. Tottenham reached the League Cup Final in 1982, as Manchester United did a year later and then won the UEFA Cup a year later. Manchester United, as stated, reached the League Cup Final of 1983 and also the European Cup Winners’ Cup semi-final a year later and yet came nowhere that close to taking the title during this period.

Spurs reached their third FA Cup Final of the 1980s when they met and lost to Coventry City in 1987, and after a break of nine seasons without an FA Cup Final appearance, Liverpool reached three of the last four finals of the decade to go alongside five League Cup and three European Cup Finals.

The League Cups of the 1970s and 1980s also showed similar oddities. Aston Villa won the competition twice in three seasons in the mid-1970s, and made a further losing appearance, while Norwich City made two losing appearances around the same time. Nottingham Forest then mirrored Arsenal’s FA Cup exploits of 1978-1980 by making three successive Wembley appearances.

Liverpool took over from Nottingham Forest and then proceeded to win the competition four seasons on the trot between 1981 and 1984 but, oddly enough, none within 90 minutes of the original game. Twice extra time was required to secure victory for the Anfield men, and twice a replay was necessary.

Liverpool’s run of victories between 1981 and 1984 was also odd in various ways. From 1982 to 1984, not only did Liverpool also win the league title but the side they defeated in the League Cup final each time went on to win the FA Cup that season. That meant for three successive seasons the Charity Shield opener to the season was a repeat of the previous year’s League Cup Final.

The exception to this was in 1981 when Liverpool defeated West Ham in the League Cup Final, and this time the match was a repeat of that season’s Charity Shield as the preceding campaign had seen Liverpool win the league and West Ham the FA Cup.

As well as Liverpool were doing in this particular competition, the league and in Europe, there was oddly no FA Cup success in this period with three losing appearances in semi-finals the best Liverpool could achieve between 1977 and 1986.

Around this time in general, the League Cup provided teams who wouldn’t ordinarily progress to the latter stages of the FA Cup a chance for a Wembley day out. Indeed, two of the sides that actually won the cup during this period would cease to be league teams at all within a quarter of a century or so.

Before that however the 1985 League cup Final came around and Sunderland met Norwich City. A single goal gave the Canaries victory and their first-ever major trophy and, seemingly, a route into Europe. By the end of the season, however, their euphoria had turned to despair as both they and Sunderland had been relegated from the First Division and the Heysel Ban meant Norwich didn’t even have the consolation of European football to look forward to.

In 1986, Queens Park Rangers reached the League Cup Final and in doing so made their second Wembley appearance of the decade following their unsuccessful FA Cup Final appearance in 1982. Whilst their own showing was perhaps surprising enough, their opponents under the Twin Towers in ‘86 was more than eyebrow-raising. Oxford United had only been a league club for slightly more than twenty years and were enjoying their first-ever top-flight campaign when they triumphed 3-0 over Jim Smith’s Loftus Road side.

Following this, Arsenal made the first of two successive final appearances in the League Cup – defeating Liverpool the first time round before succumbing to Luton Town a year later in 1988. Luton also made the FA Cup semi-final that season and were back at Wembley for the League Cup a year later, but, as with Oxford United, a slide through the divisions was just around the corner and twenty years later the club was amongst the non-league ranks.

So, as stated, Arsenal won one and then lost one in successive years – then it was Luton’s turn to do so. Next, Nottingham Forest were back for two successive winning finals (against Luton and then Oldham in 1990). Forest themselves then suffered back-to-back Wembley defeats in the 1991 FA Cup Final and ‘92 League Cup Final.

Honourable mentions could also go to sides such as Oldham and West Ham during this era as the Latics reached the League Cup Final and FA Cup semi in the same season as a second flight club, while West Ham lost successive League Cup semi-finals and then an FA Cup one shortly afterwards.

Some sides undoubtedly can raise their levels on particular days or have a ‘special’ relationship with a particular trophy, and it is interesting to perhaps moot that at least part of the reason for these trends could be psychological.