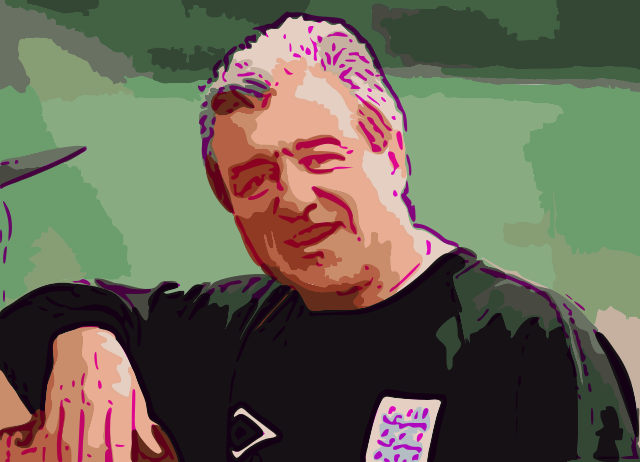 While some managers are successful almost wherever they go and are therefore pretty much universally loved (think, Sir Bobby Robson) others are synonymous with success at one club, or perhaps two at most, and then see their careers if not fade away exactly, then never quite reach the same heights again.

This second category of managers, with their less successful second-half careers, might, therefore, fall into the category of ‘After the Lord’s Mayor Show’.

Although their most successful years are already well-known, this article will now take a closer look at how the careers of certain managers later petered out somewhat.

Howard Kendall is always going to be remembered as an Everton legend, and quite rightly so. His first spell in charge of the Toffees, from 1981 to 1987, saw him firmly nailed on as the most successful and popular Goodison Park manager of all time, with two league titles coming within the space of three mid-1980s seasons. Added into the mix were FA Cup and European Cup Winner’s Cup successes, and various near-misses, and thus Kendall’s place in Bluenose folklore is forever secure.

Leaving Everton in 1987 for Bilbao in Spain, he was widely tipped to be England manager when Bobby Robson finally called it a day. Yet, just a few years later while Terry Venables (we’ll get to him in a while, by the way) was leading the Three Lions, Kendall was floundering in the First Division relegation zone with Notts County and looking a beaten man.

Kendall was the victim of some bad luck and some bad career choices in the intervening years, from which he found it hard to recover. Fairly successful in Spain, he moved back to England and Manchester City in late 1989. A good run of form then seemed to propel him to the forefront of candidates when it was announced that Robson would be leaving the England post after the Italia ‘90 World Cup. However, the FA had other ideas and plumped for Graham Taylor instead.

Kendall left City the following November to return to Everton and from then on his career spiralled somewhat. Unable to reproduce the success the club had enjoyed the first time around, Kendall spent three rather frustrating years back at Goodison before resigning and finding himself out of the English game for a year with only a short and ill-fitting spell at Greek club Xanthi to pad out his CV

Perhaps experiencing a sense of ‘beggars can’t be choosers’ he took on the role at Meadow Lane in early 1995 but only lasted three months before being sacked following a run of poor form and fall-outs with the board. A brief renaissance then took place as he managed Sheffield United for eighteen months, almost achieving promotion to the Premier League, before rather rashly quitting to take over at Everton once more.

Although forever revered by the Goodison faithful, neither Kendall’s second or third spells in charge of the club added to his legacy and after a solitary season in which relegation was only avoided on the last day of the season, Kendall once again left the club.

His final job in football was back in Greece at the relatively obscure Ethnikos Piraeus, where he lasted just four months before being sacked once more.

Terry Venables had a long and reasonably successful managerial career, with highlights being a La Liga title with Barcelona, an FA Cup victory with Tottenham, and before that Second Division titles with both Crystal Palace and Queens Park Rangers, the latter of whom he also guided to an FA Cup Final and to a place in Europe via the league.

In the middle part of his career, he took over England and performed adequately (no more than that) in guiding England to a Euro ‘96 semi-final defeat on penalties on home soil.

Therefore, Venables’ career, in general, can be seen to be not too shabby at all and although I do think his achievements have been somewhat overrated over the years, I can agree to a degree with those who argue his merits. However, the last few years of his career were not especially beneficial to his legacy, as can be seen when outlined here for closer examination.

Upon leaving his post as England Head Coach – a decision he made of his own free will and then spent the next twenty-five years blaming all and sundry for – Venables found himself out of work. Still intent on managing at an international level, he took over as manager of Australia in the autumn of 1996 with the remit of securing qualification for the 1998 World Cup Finals in France.

Australia came through the group stage and first knockout round with no problems whatsoever and then faced Iran in a two-legged play-off for a place in the finals. A steady 1-1 draw in Tehran seemed to set Tel and Australia up nicely for the second leg, and when the Aussies led 2-0 early in the second half bags were being metaphorically packed for the finals.

Unfortunately for Venables and his boys, Iran were not ready to lay down and they hit back with goals in the 75th and 79th minutes. Afterwards, Venables and Australia complained that a hold-up in the second half of several minutes to accommodate a pitch invader who damaged one of the goals had upset Australia’s rhythm. Venables would later state that the disappointment was “one of the saddest sporting moments of my life”.

Venables quit Australia and returned to the English game where, sad to say, he became a bit of a journeyman manager and his career somewhat petered out in acrimony and discord.

First up was a return to Crystal Palace whom he’d led from the old Third Division to the First in the later 1970s before decamping for Queens Park Rangers. Taking over in the summer of 1998 at Selhurst Park in the role of Head Coach with the club now in the second flight, Venables was part of the new owner Mark Goldberg’s supposed ‘Dream Team’ that was going to lead the club back to the promised land. The reality was somewhat different and Venables lasted only until the following January before leaving with the club mired in a relegation fight.

Goldberg’s financial backing had turned out to be less stellar than anticipated, and with results on the field also not what had been anticipated, it was agreed that Venables would step down. This he finally did after protracted discussions regarding the settlement of his contract.

Next up was a two-year spell in which Venables was to be seen in the television studios rather than the dug-out, until finally in December 2000 Middlesbrough came calling. Bryan Robson had been the manager at the Riverside club for six years and had had a considerable degree of success in taking the club to promotion twice and three major cup finals. By the end of 2000 though, Robson and the club had both hit a trough and the prospect of relegation loomed large.

Rather than sack Robson and start again with a clean slate, ‘Boro Chairman, Steve Gibson, compromised and brought Venables in as Head Coach while Robson remained Manager in name. Venables was the one given authority to call the shots, and it was under his leadership that relegation was ultimately comfortably avoided. At the end of the season, Venables decided to decline an offer to join the club permanently and Gibson then made the decision to appoint Steve McClaren as Head Coach, thus meaning Bryan Robson lost his job too.

Another year out of the game followed before another ill-fated stint in the dugout. This time it was to Elland Road and Leeds United that Venables headed at the bidding of Chairman, Peter Risdale, who was looking for a replacement for the sacked David O’ Leary.

Once again Venables was seen as the saviour riding in to save the day, and once again things went horribly wrong. Although Leeds were beginning to show signs of a financial meltdown, a strong squad existed on paper and Venables was expected to build upon recent top-five place finishes. After a decent start, the club soon found itself struggling on and off the field with early elimination from Europe and the League Cup and mid-table mediocrity by the halfway point.

After Christmas, matters deteriorated even further and by March 2003 the club was battling relegation and Venables was sacked.

After his rather humiliating and abject return to the England fold as Steve McClaren’s assistant coach ended in the sack in 2007, Venables’ name continued to be linked with a whole host of jobs both at club and national level, but never returned to the hot seat and spotlight of management.

Although Kendall and Venables are perhaps two of the most high-profile cases of managers who saw their careers drift away in a pool of mediocrity in their last years, others have exited stage left in circumstances that wouldn’t have exactly been of their choosing.

Roy Evans could perhaps be counted amongst this number, seeing his coaching career ebbed out as the assistant to Neil Ruddock at Swindon Town, as could Ron Atkinson who ended up fire-fighting in relegation battles at Coventry City and Nottingham Forest which must have seemed a long way from Wembley Glory Days with Manchester United, Aston Villa and Sheffield Wednesday.