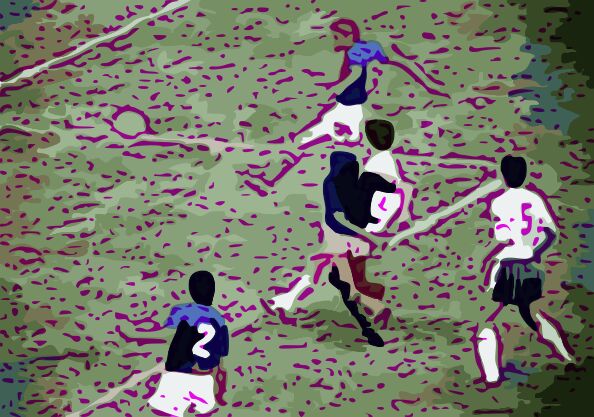 This is the start of a brand new series.

From today you’ve got the privilege of being able to follow the 1986 World Cup day-by-day, as it happened on this day 36 years ago.

Follow the coverage as teams celebrate winning games, only to find themselves disappointed in their next match. Or how some teams started slowly, then picked up momentum. This was the World Cup with the greatest collection of world-class talent available at the time, all together in one tournament. Each day seems to have at least one world-class player to enjoy.

Sit back and watch the tension build, day-by-day.

It was a much-changed Italian side which took the pitch in the Azteca, compared to the one which was last seen in a World Cup match in Madrid four years earlier. Only Scirea, Cabrini and Conti remained, with Altobelli (who came off the bench in the Final in ’82) now employed as the main strike threat. Collovati and Tardelli, who both started in Madrid, were on the bench this time.

Italy’s form since ’82 had been patchy. They’d failed to qualify for Euro ’84. Enzo Bearzot was still the boss and since 1984 he’d changed the side through the endless friendlies and there was renewed hope they could get off to a good start. They were up against a Bulgarian side not expected to do anything but make up the numbers. They’d finished second to France in qualifying. But had only won two matches all year, one of them against North Korea. However, they had beaten a Denmark side, containing Elkjaer, Simonsen, Lerby & Sivebaek, 3-0.

Italy made all the running as their Eastern European opponents were content to soak up the pressure. Altobelli looked sharp upfront but they kept spurning chances.

Finally, as the half-time break beckoned, Altobelli converted one of the several chances which had fallen to him. Di Gennaro floated in a free-kick from the left, which beat the defence and Altobelli volleyed in at the far post. 1-0 up halfway through and the traditional Italian temperament of defending the lead was now well in evidence.

They did create chances to increase their lead, though. The best one falling to Cabrini who headed just over from a few yards out, after Altobelli won a header at the far post.

Gianluca Vialli took his bow for the first time on the World Cup stage when he replaced Bruno Conti but his side seemed more content to sit back and wait for the final whistle.

Eventually, the Bulgarians made them pay. They’d come close a little earlier, and with just five minutes to go, Sirakov equalised. There seemed little danger as the Bulgarians knocked the ball around just inside the Italy half. Zdravkov eventually launched one forward into the area and Sirakov, flanked by two Italian defenders, got up unchallenged to head it past Galli.

Sirakov had been involved in the beginning of the move as he was one of those knocking the ball around near the centre circle. As the ball was played out to Zdravkov on the right, the Levski Sofia striker then drifted into the area almost unnoticed.

Suddenly, Italy realised they should’ve pushed for a second goal and as with their group form four years earlier, they began with a draw. To be fair to Italy, the Bulgarian keeper Mikhailov made several important saves which on another day could have extended the Italians’ lead.

It was a surprising result and a good introduction to the tournament. Tomorrow the World Cup welcomes everyone’s second team, Brazil and the European Champions, France. Not to mention Canada, making their first appearance in a World Cup.