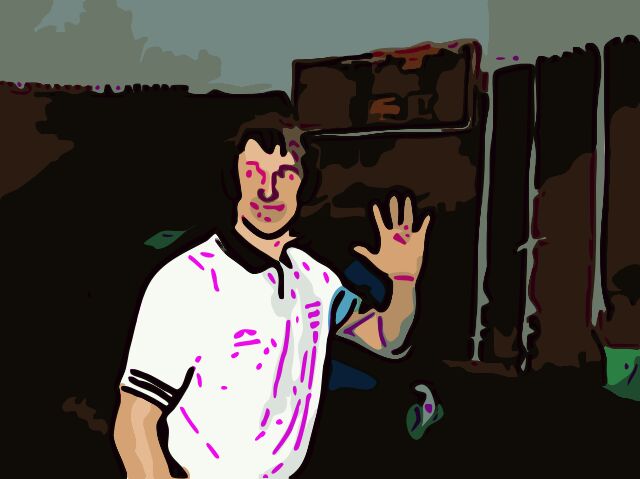 When Gary Lineker scored his 48th and final goal for England many assumed he would be the player to go on and break Sir Bobby Charlton’s record.

On this day back in 1992, Lineker took to the field against CIS hoping that he might get the chance to net twice and draw level with the World Cup winner.

#OnThisDay in 1992, @GaryLineker scored against CIS in a 2-2 friendly draw ⚽️

His 48th goal for 🏴󠁧󠁢󠁥󠁮󠁧󠁿@England would prove to be the 1986 #WorldCup Golden Boot winner’s last for his country 😢 pic.twitter.com/wnmEgqloJS

Little did he know that come the final whistle, his celebration in the 14th minute would be last time he had the feeling of scoring for his country.

How did it end this way for the finest English striker of the 1980s?

To be fair to Lineker, he wasn’t the only who missed out on his dream in 1992. It was a funny year for British sport – England lost in the cricket World Cup Final. Manchester United saw their hopes of finally winning the First Division again fail. Portsmouth went so close to shocking Liverpool in the FA Cup semi-final. Jimmy White bottled it at the Crucible again. Colin Jackson, who barely knew how to lose in the hurdles, managed to lose in the hurdles at the Olympics. Even the Labour Party, seemingly shoe-ins to win the General Election managed to grasp defeat from the jaws of victory.

But the background to Lineker’s final strike for England starts in 1991.

He was England’s hero once more in a tricky away Euro 92 qualifier in Poland. Lineker scored a late equaliser in 1-1 draw that meant England would qualify for the tournament the following summer. His 46th England goal, scored on November 13th 1991, would be his last goal of true importance.

Weeks later, huge news broke from the Lineker camp. The Tottenham striker and England captain would be leaving White Hart Lane at the end of the summer and joining Nagoya Grampus Eight in the newly formed Japanese J-League. He would also be retiring from international duty.

The football world was in shock – Lineker was a national treasure and seeing him finish his playing days in Japan was not part of the plan for a grand farewell. Immediately, the narrative shifted to whether Lineker could inspire England to glory in Sweden, break Charlton’s record and end on a true high.

England manager Graham Taylor didn’t seem to be overly up for the romance of that idea.

His team played France at Wembley in the first international of 1992, in February.

Alan Shearer was the man everyone was expecting to carry on from Lineker through the 90s and Taylor surprisingly opted to drop his captain from the starting XI, preferring the younger option.

Shearer did score the opening goal against a strong French side before Lineker came on to score the second in a 2-0 win – his 47th for his country, a goal that moved him just two behind Charlton.

No matter, as he would surely be back in the team for a trip to the then Czechslovakia, right?

Taylor, again, had other ideas – Lineker started as sub once more, Mark Hateley of Rangers preferred and making his final appearance for England. He was partnered with Nigel Clough.

Other interesting selections for this game included Martin Keown in the number two shirt – presumably, England’s right-back curse heading into the Euros had started early? Gary Mabbutt also pulled on the Three Lions for the final time and there was a cap for Paul Stewart.

Stuart Pearce skippered the side in Lineker’s absence – and the striker came on for Mabbutt late on but was unable to trouble the scoresheet. England’s goals in a 2-2 draw came from the Arsenal pairing of Paul Merson and Keown, but more memorable was David Seaman’s gaffe for one of the Czech goals.

Were games running out for Lineker to catch Charlton? At this stage, England had a minimum of seven games for him to score the three needed to get the record.

And off to Moscow we go.

England lined up against the CIS (yeah, USSR basically) and Lineker was back in the side.

The captain was partnered with Alan Shearer, who was replaced by Clough after the hour.

Andy Sinton played left-back. Remember, this was Graham Taylor. England were not good to watch at this moment in time, though I have always felt that our number 4 on the day, Carlton Palmer, was always a much better player than given credit for. He ended up being Taylor’s scapegoat when the press were looking for players to point the finger at. Granted, Glenn Hoddle he was not, but I’ve always considered him England’s Marcel Desailly. I’m serious.

Anyway, Lineker got on the end of a cross from Tony Daley in the 14th minute to move up to 48 goals for England. He would later miss a far easier chance (though not as easy as the one we’ll probably come on to against Brazil in the future…) to draw level with Charlton on 49.

Keith Curle became England’s 140th substitute used – and his debut was the 61st time a player had made his England debut off the bench. At a rough guess, that must have trebled by now.

Lineker would have left the pitch disappointed to have not hooked in the rebound after Chelsea keeper Dimitri Kharine saved but would have been confident that he’d still get a chance to score two more before he called it a day.

Little did he know.

England’s next match was at the end of the English season – the warm up friendlies before Euro 88.

Hungary were the opponents in Budapest on May 12th and Lineker started. He went into the game confident having scored for Spurs in his final First Division game.

Lineker was set free by Merson in the first half and found himself with a great chance in the box – but he pulled it wide. It would be his only real opportunity and the fact he crossed for Neil Webb’s winner in a scrappy 1-0 will have meant little.

It would be far better to break the record at Wembley against none other than Brazil, right?

Well, I want to save that one for another day – you know what happened, but I’ll write about it next month.

Gary Lineker’s England career ended with being hauled off against Sweden in Euro 92. England needed a goal desperately and Graham Taylor felt Arsenal’s Alan Smith was the better option.

Lineker would end with 48 goals – one fewer than Charlton – and would eventually see Wayne Rooney go on and top both of them.

But, there is no doubt – Lineker was the man of the 80s and his World Cup record was phenomenal. However, never, ever dink it when a record is on the line, eh?