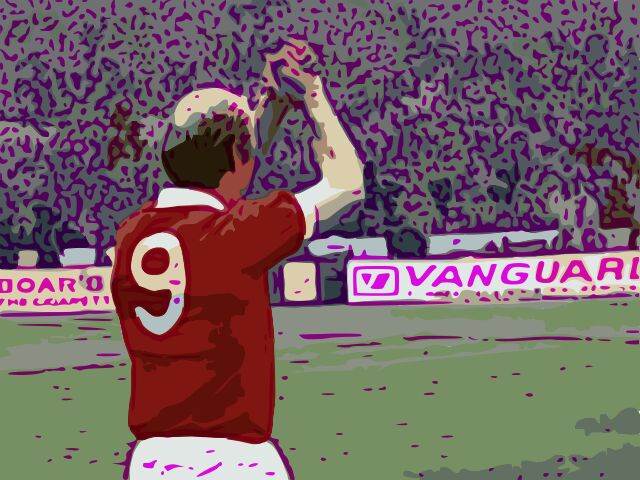 When you compile list of Manchester United legends, there can be no doubt that Sir Bobby Charlton would one of the first names you scribble down. Of course, a debate about where exactly he would be on the list would follow, but that is also irrelevant. Bobby Charlton is a Man United legend and no more really needs to be said.

On this day in 1973, Charlton pulled on the red of United for the final time in the First Division – away to Chelsea.

Considering Charlton played 751 times for United, it is not easy to fly through his career at Old Trafford. But, we must, so we shall.

The lad from the North East signed schoolboy forms for the club on 1st January 1953 as a 15-year-old. Also signing that day was Wilf McGuinness who would go on to be Charlton’s manager in years to come.

Charlton arrived at the perfect time in many ways, as Sir Matt Busby was in the building phase putting together a group of apprentices who would go on to be known as the Busby Babes.

Just under four years after signing as a schoolboy, Charlton was handed his United debut against Charlton Athletic. He went on to play 14 times in that 1956/57 season scoring twice on his debut and 12 in total. The club won the First Division but lost in the FA Cup Final – narrowly missing out on winning the first Double of the century.

Charlton was installed as a regular as the next season got underway – United, as champions, playing in the European Cup for the first time.

The European campaign ended in tragedy with the 1958 Munich Air Disaster on February 6th.

Charlton, incredibly, survived and returned to club action on March 1st, playing against West Bromwich Albion in the FA Cup. United managed to reach the final at Wembley but lost to Bolton Wanderers.

Understandably, it took time for Busby to rebuild the club and the first sign of things sparking was the FA Cup Final win in 1963 which preceded the First Division titles of 1965 and 1967.

By now, Charlton was one of United’s Holy Trinity alongside Denis Law and George Best. The three of them took United into the European Cup in 1968 and although Law missed the final through injury, Charlton and Best both scored in the club’s victory over Eusebio’s Benfica. Charlton, as captain and a decade after losing so many friends and colleagues in Munich, was the first to get his hands on the trophy.

As the 60s turned into the 70s, a side that had grown old together started to fade. United were now at the wrong end of the table.

In the 72/73 season, Charlton decided it was time to leave Old Trafford – and his last First Division game was against Chelsea, fast becoming one of the more entertaining sides of the decade.

Understandably, an England World Cup winner’s final league game for his one and only club had generated a lot of interest. Yes, Jack Charlton was also making his final First Division appearance for Leeds United, the club he had represented since he was a boy.

There cannot be too many examples of brothers, both winners of the Jules Rimet, playing their final club league matches for their only club on the same day, but this is what happened on that April day.

Down in London, Bobby was presented with a commemorative cigarette case by Chelsea chairman Brian Mears in front of the BBC MotD cameras. Imagine that now, an England World Cup winner receiving that from the Chelsea owner – possibly a bad example right now, but you get my point.

However, there was a reason – the FA had stuck its nose in again and limited any gifts given to Charlton to a mere £25. After all, it couldn’t allow a whiff of corruption or double standards could it? That was supposed to be exclusive to the FA itself.

Mind you, the FA cannot have been that bothered as no representatives from them or the England football team were in attendance.

44,184 were there to watch a typically drab end-of-season affair. Chelsea, although entertaining, were only going to finish 12th. United, massively poor by their standards, were on track to finish 18th, one place above the relegation zone.

Charlton was off-the-pace on the day, leading United manager Tommy Docherty to comment;

“I’ll be able to replace him on the field, not off it.”

Peter Osgood scored the game’s only goal and even that was far from a classic.

“It was Osgood, commendably patient and tolerant, who recalled the majesty and command that once belonged to Charlton. It was a pity his winning goal was such a shambles that he almost apologised.”

As the Chelsea centre forward moved towards goal, the ball suddenly jumped up off the bobbly surface and off his shin, going past Alex Stepney. Osgood followed the ball into the goal, fell to his knees grinning, and then shrugged – leading to an iconic image that was miles better than the goal itself.

“I wanted us to play better for my last game.”

“Bobby brought class and dignity to Old Trafford and fame to himself. In deepest, dustiest South America, the only two words the locals ever knew in English were Bobby Charlton.

“It was the same in the farthest corners of Europe. Everywhere he went, crowds would recognise him and wave to him, and ask for his autograph.

“He could have become the greatest left-winger the world has seen. Instead, he settled for immortality in midfield. I shall miss him and football will not see his like again.”

United knew they needed to move on from the great side – albeit too late. On the morning of Charlton’s final league game they had announced that Denis Law and Tony Dunne would be available on free transfers.

“It’s a mammoth task replacing such an illustrious player [Charlton]. It’s almost an impossible job and, to my mind, there’s only one way to do it – with a big-name signing. You need a big name to replace a soccer legend. I already have three players earmarked for the job.”

Docherty’s transfer plans failed to materialise as nobody was brought in. United were relegated the following season.

Charlton did play one final time for United in the Anglo-Italian Cup against Verona. He signed off with a brace – the goals not considered official enough to add to his 249 already scored.

He took over as player-manager of Preston that summer and they were relegated in their first season. His managerial career ended in the 1975/76 season.

Bobby Charlton – a World Cup winner, a European Cup winner, a multiple First Division winner and the epitome of a goalscoring midfielder.