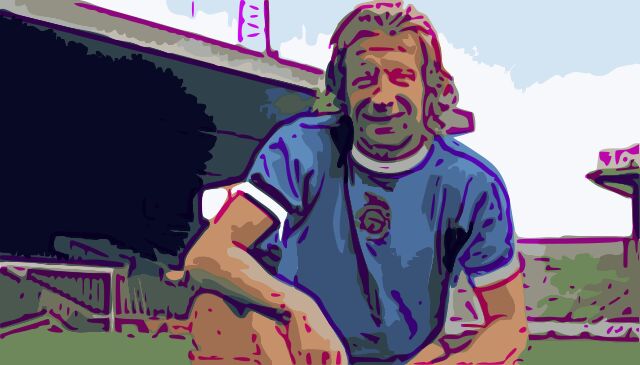 Long before football was invented in 1992, there was such a thing as a football myth.

A football myth was an event that happened but with a lack of hot-takes, social media and immediate reaction, complete untruths or misunderstandings were able to form in such a way that the legend grew and the truth became secondary.

Here’s an example for you. Robin Friday, a player for Reading in the 70s. Allegedly, the best player you’ve never heard of. Many consider him to be a peer of George Best, Johan Cruyff and (these guys might be smoking something that Friday would have been partial to) even Maradona.

As there is minimal footage of Friday playing (mainly due to the fact Reading were, I think, Fourth Division) we are left with the beliefs of people who saw him play. The vast majority will die saying that Friday was as good as the players mentioned but his off-the-field activities held him back.

Another example would be Brazil in 82. The greatest side never to win the World Cup. This myth has grown legs over the last 40 years – and it has been so often now it is believed without argument.

Which brings us on to today’s subject and subsequent myth that needs debunking. On this day in 1974, Manchester United legend Denis Law scored the goal for rivals Manchester City that saw United relegated to the Second Division.

This is not true, and we will explain why.

He has stayed a year, scoring 10 in 27 and being voted the best foreign player in the league – some feat given the players in the division at the time, particularly his teammate Joe Baker and Inter Milan’s Luis Suarez.

Law didn’t enjoy his time in Italy, finding the football ultra-defensive. When United offered him a route back to England, he jumped at the chance.

His debut was against West Brom on 18 August 1962. Law scored early, helping settle the nerves – the first goal of 237 for United in 404 appearances.

Law went on to form the Holy Trinity with Bobby Charlton and Best and by the time his United career came to an end he had won two First Division titles and an FA Cup. A Ballon D’or was also won in 1964/65. Sadly, he was injured for the semi-final and final of United’s European Cup win in 1968.

The move to Manchester City

In the summer of 1973, Denis Law was given a free transfer by then United manager Tommy Docherty.

City moved quickly and Law was returning to the club he left back in the early 60s when he moved to Torino.

He scored twice on his second debut against Birmingham on the opening day and went on to make 27 appearances that season – including one against Wolves in a League Cup Final defeat. Law scored nine times for City in the campaign.

Law returned to Old Trafford on this day in 1974 and was given the reception befitting of a club legend.

But, there was plenty at stake for United – more than just bragging rights for the victors in the derby.

The 57,000 supporters that day knew the situation – United were second bottom of the First Division and needed events to work in their favour. They had to beat City but also needed Birmingham to lose to Norwich, otherwise any victory at Old Trafford that day would become irrelevant.

It was a tight game, far from a classic – if so much had not been on the line and what happened with eight minutes plus stoppage time had not taken place then nobody would have been remembering this Manchester derby.

Franny Lee played the ball into Law, who was facing away from goal. With the instincts of the predator English football had witnessed over the previous decade, he backheeled the ball towards goal and in it went. City led 1-0, with one of United’s famed Holy Trinity having returned to, as Law thought, relegate the club.

Law famously didn’t celebrate – possibly the first player to openly not out of respect for his former employers. Of course, nowadays, we see youth team players who never made a first-team appearance not show emotion when scoring upon a return.

“I just felt depressed, and that wasn’t like me,” he later admitted to the Daily Mail.

“After 19 years of trying my hardest to score goals, here was one that I almost wished hadn’t actually gone in. I was inconsolable. I didn’t want it to happen.”

And so the myth began – Denis Law had scored the goal that sent United down to the Second Division.

However, it simply wasn’t that way.

Remember United needing Norwich to beat Birmingham even if they managed to beat City?

Well, Norwich didn’t – Birmingham won which was what sent United down that day.

It didn’t help Law feel any better, in reality. He scored many, many big goals over the course of his career but this is the one he is still asked about the most.

“The subject always crops up. It’s one of those things. It’s always there and I am always remembered for it.

Law went on to make one final appearance for Scotland at the 1974 Fifa World Cup finals held in West Germany. On 14 June 1974, he helped the Scots beat Zaire 2-0 at the Westfalenstadion, Dortmund. It was his 55th appearance for his country – in a career that saw him score 30 international goals.

After playing 602 career games, Law could reflect back on 303 goals – he finally took the decision to call it a day and retired from the game he graced.