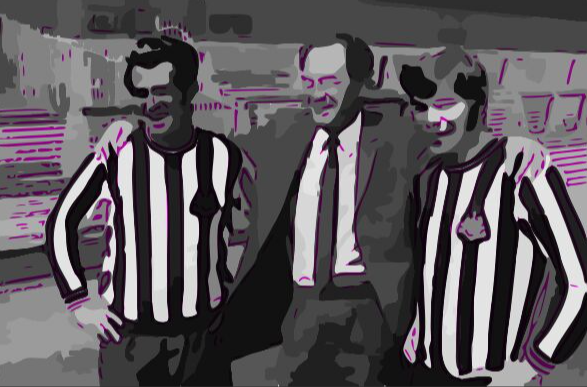 Newcastle United are one of English football’s most well-established clubs. Over the years, the Magpies have showcased fantastic players, been coached by excellent managers, and have been involved with some iconic moments.

However, success in the form of trophies is not something that has been too frequent on Tyneside.

In fact, their last major trophy came in 1969 – the year that the first man landed on the moon and the Beatles performed their last ever live concert.

That trophy was the Inter-Cities Fairs Cup – the forerunner of the modern-day Europa League – and the manager that guided Newcastle to success was Joe Harvey.

A great player, coach, manager and scout, Harvey was one of Newcastle’s most loyal servants, yet his achievements at Newcastle lay relatively unappreciated and forgotten.

So, let’s look back at the life of the last manager to lead Newcastle United to glory.

Joseph Harvey was born in Doncaster in 1918 and began his footballing career with Wolverhampton Wanderers in 1936, before being released and signing for Bradford City in 1938.

Unfortunately, at 21-years-old, just when Harvey’s playing career was about to take off, it was curtailed by the outbreak of the Second World War.

Having joined the Royal Artillery, becoming a sergeant major, Harvey resumed his playing career in 1946, signing for Newcastle United.

He was a tough, uncompromising player, playing as wing-half for Newcastle and helping them to promotion in 1948.

More success would follow for Harvey and Newcastle as he captained the Magpies to FA Cup glory in 1951 and again a year later, in 1952.

After finishing his playing career came to an end in 1953, Harvey joined the coaching staff at Newcastle.

Managerial spells at Barrow and Workington ensued before in 1962, almost a decade after finishing his career as a player on Tyneside, Harvey returned to Newcastle as their new manager.

Newcastle had been experiencing a period of decline and found themselves in the Second Division when Harvey took over the reins.

Within just three years, however, Harvey had guided Newcastle back to the promised land of the First Division and by the end of the decade, Newcastle had triumphed in Europe.

What was it, though, that made Harvey such a great manager?

Well, firstly, he was a great man-manager, with Newcastle defender Irving Nattrass telling the Football Pink that ‘just him being there in the dressing room as you walked out, was enough.’

Nattrass described Harvey as a father figure, saying ‘Joe Harvey was my hero; he was almost like a father figure to everybody, especially the younger players.’

‘I loved Joe, I loved him to bits. I was so upset when he went.’

But it wasn’t just developing young players that made Harvey successful at Newcastle, he also had a real knack in the transfer market, signing some of Newcastle’s most iconic players of that era like Wyn Davies, Malcolm Macdonald and Terry Hibbitt.

Therefore Harvey was able to build two great sides at Newcastle – one that triumphed in the Fairs Cup in 1969 and a highly competitive team of the early seventies that boasted stars like Supermac and won forgotten competitions like the Texaco Cup.

Rocking all over the world

In total, Newcastle won five trophies under Harvey: The Second Division, Anglo-Italian Cup, Texaco Cup (x2) and the Inter-Cities Fairs Cup; albeit with the Fairs Cup in 1969 being the only major trophy.

The Fairs Cup ran from 1955 until 1971 and it was an oddity of the tournament that allowed Newcastle to qualify. They had only finished 10th in the league the season before but qualified for the competition because of its one club per city rule.

A packed St. James’s Park watched Newcastle United’s maiden European voyage as the Magpies demolished Feyenoord to take a remarkable 4-0 first-leg lead. The second leg proved to be a tougher task as they fell to a 2-0 defeat, but progressed with a 4-2 aggregate victory.

The next round saw the Toon Army face another European heavyweight in the form of Portuguese giants Sporting Lisbon. A respectable 1-1 draw in Lisbon set up an enthralling second leg watched by 53,000 at St. James’ Park, which was won by a solitary goal from Bryan ‘Pop’ Robson, as Newcastle progressed in the competition.

Wins against Real Zaragoza and Vitoria de Setubal set up an all-British semi-final with Scottish giants Rangers. The first leg at Ibrox in an incredible atmosphere was goalless so it was all to play for in the ‘Battle of Britain’ at St. James’s Park. There, Newcastle took a 2-0 lead and, despite crowd trouble, progressed to the final.

Hungarian side Ujpest awaited in a two-legged final and, despite a 2-0 defeat in the second leg, Newcastle had done enough in the first leg at home to win the final 3-2 on aggregate and for captain Bobby Moncur to lift the trophy for Joe Harvey’s side.

Harvey had taken Newcastle from the second division to European glory and now, nearly 53 years later, he remains the last man to lead Newcastle to a major trophy triumph.

Harvey resigned from Newcastle at the end of the 1974/75 season following pressure from supporters. His tenure in charge had lasted 13 years and 628 games.

He was given a well-deserved testimonial in 1977 and continued scouting for Newcastle in the years that followed.

In 2014, a bronze plaque recognizing Harvey’s achievements at Newcastle was unveiled at the Gallowgate End of St. James’s Park.

However, to this day, the life and achievements of the last man to lead Newcastle to glory are often undervalued and Joe Harvey is something of a forgotten hero.

Newcastle United are still yet to win a major trophy since 1969.