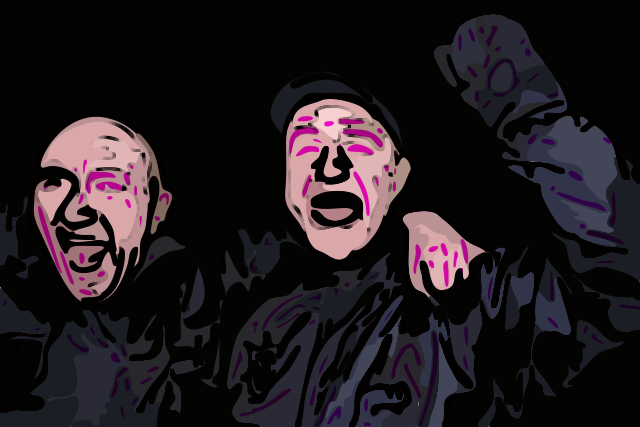 This article originally featured on Tale of Two Halves back in May 2018.

I remember the hype so well. In the days when the gap between the rich, elite football clubs and the rest wasn’t anywhere near as big as it is now, unearthing a genius could be both a money spinner and the key to unlocking the door to success. As a teenager, I was more prone to believing hyperbole than I am now but the hope was definitely there for both player and supporters. It would all come crashing down five years later and would have seen off many but the story of Martin Murray, the man they called the new George Best, continued…

That he was Irish, gave hope that the one and only George Best, wasn’t the ‘one and only’ after all. Maybe it was an Everton team, desperate to recapture the relative success of the 1960’s culminating in their championship win in 1969/70 needing hope. Seen as one of the best and most attractive sides ever to become Champions, their fall that coincided with the ill health of their criminally under-rated manager Harry Catterick was hard to take. By the mid-1970’s and with recent memories of the blues throwing away a championship which was theirs to lose, Everton supporters needed a lift.

Everton and the hype

There was previous, only a few years earlier. The sight of a 16-year-old Trevor Francis taking the First division by storm. I have distinct memories of a feature, on football focus introducing Francis to the world which excited many and whetted the appetite for a new generation of football genius about to be born. Another genius 16-year old ‘wonder kid’ would do, thanks very much.

December 1975 and a sixteen-year-old Martin Murray was paraded in front of a waiting press and expectant supporters. A beaming manager, Billy Bingham, both Irish and Everton legend was pictured with his latest capture. The press didn’t hold back. A new star appeared to be born and the ‘new George Best’ was duly announced. In Ireland, he was hailed as:

“The long-haired Dub” and,

“A superstar in the making”

Evertonian’s of a certain age will remember the hype. How far this hype reverberated around the English Football League is up for debate. One thing was for sure, both Ireland and England expected Home Farm’s prodigy to deliver.

Martin Murray had scored on his Home debut aged just 16 in a 3-2 defeat to Finn Harps. Later that season, he picked up a winners medal, The youngest ever, in the 1-0 FAI cup final defeat of Shelbourne. This was following a cup run that took out a number of fancied teams on the way. He also appeared in both legs of Home Farm’s European Cup Winners Cup ties against French side RC Lens.

A midfield orchestrator with sublime ball skills, a great footballing brain, strong in the air and despite his relative size, able to nullify bigger, stronger players. Do you get the idea? A great future with one of England’s top clubs beckoned and Everton were first in line.

Following the signing things went quiet for a while as he adapted to his new surroundings. He gained his first Youth International cap against Holland and in 1977 played for Everton in the final of the FA Youth Cup. They were defeated 1-0 over two legs to a Crystal Palace team full of soon to be famous faces which included Terry Fenwick, Vince Hilaire and Kenny Sansom. His own Everton team included Mark Higgins, Steve McMahon and Kevin Ratcliffe.

Despite a lack of first-team opportunity at Goodison, international honours beckoned with eight under 21 caps for Ireland. Domestically, however, his starts were limited to youth and reserve games. In 1978 the big shock came. He had returned home and was playing for Home Farm on loan in a team that included Ronnie Whelan. He was relaxing in a Dublin pub when he collapsed and taken to the hospital. He was diagnosed with a heart murmur at the age of 19.

He had a faulty heart valve and was told by doctors that he could go on playing as long as the valve was still doing its duty. Eventually, it would need to be replaced but he could continue to play football. He returned to Everton who kept him and Murray worked hard on his fitness throughout that summer.

The following season in a reserve game at Leeds United, disaster struck. The tackle came in and the knee exploded resulting in a ruptured cruciate ligament. The comeback didn’t happen and after less than five years he was on his way back to Dublin.

The return to Ireland

Martin had always wanted to go away to play his football but the combination of failing to settle at Everton and his health problems meant it was always going to be a struggle. The injury added to what seemed impossible odds to overcome. He was under contract at Everton, he felt he had no option but to return home. That he was near to making a first-team breakthrough was hard enough but Everton’s subsequent success in the 1980’s would likely have been difficult to take given his undoubted promise.

Under the care of Dr. Horgan, Martin was told he could keep on training and playing until the need for an operation to replace the faulty valve. Yearly checks ensued and Martin Murray continued to play the game he loved.

Martin returned to play for Home Farm but eventually signed for Drogheda United where he scored on his debut in a 3-0 victory over St Patricks Athletic. Performances gained him selection for the League of Ireland squad for a prestigious trip to play against Brazil (1981/82).

In 1982/83 Martin won PFAI player of the year and that summer joined Brian Clough’s Nottingham Forest on trial in an attempt to make it in the English First Division. Sadly for him, it ended after it emerged that Everton were entitled to a transfer fee.

Signing for Dundalk in time for the 1984/85 season he made his debut against Glasgow Celtic on July 31st, 1984. Martin’s trophy cabinet started to fill. He added the League Cup after beating Shamrock Rovers 1-0 thanks to a Murray penalty. Dundalk failed to add a further trophy but ending runner-up in the League and FAI Cup to Shamrock Rovers. He finished top scorer with 13 goals.

Games against Ajax in the European Cup Winners Cup was a glamorous start to the 1987/88 season but that was eclipsed by a Cup and League double at the end of the season. After winning the Cup, Murray was awarded the Irish Independents Sports Star of the Week with the following citation:

The next few years saw more European action and a League Cup winners medal. He eventually decided to semi-retire with Ashtown Villa. Reports suggested he was ‘washed up’ and set to bow out of the game with a whimper but Murray was eventually enticed to Crusaders by manager Roy Walker. A Catholic Dubliner playing for north Belfast Unionist Crusaders may have been a leap too far for some but he was always conscious of the geographical and religious divide. He chose to listen to and talk to those who wanted to ‘discuss’ any issues. He encountered few problems. On one occasion, while staying with a Protestant friend on the Shankill Road at the time of the team winning the League title in 1995, he ran around the pitch carrying a flag with ‘Tiger Bay’ branch of Crusaders, a notorious loyalist heartland.

Incredibly he spent 7 trophy-laden seasons there becoming a club legend in the process. Accolades followed despite his advancing years and with his health always casting a shadow over him. He earned the title ‘The pride of Seaview’ and played a key role in the clubs success over those years.

March 1999 he underwent heart surgery followed by a testimonial in May, where his 6-year-old son was the mascot. He was pushing 40 by the time he left Crusaders and played 265 games in all. A short spell with Bohemians in 1995 added to his tally of clubs and he represented them in the Inter Toto Cup, one of which was against Bordeaux for whom Zinedine Zidane scored in a 2-0 victory.

Returning to Crusaders as manager in June 1999, he only lasted one season but was soon back in management when Dundalk came looking. He had mixed fortunes, first winning promotion to the Premier Division but then taking them back down. Incredibly, against all odds, he masterminded an FAI Cup victory, beating heavy favourites Bohemians in the final. The following season he resigned feeling he wasn’t the one to take the club forward.

He left the club with dignity and with the good wishes of the club and its fans.

Of course, there have been many touted as the ‘new George Best’ over the years. We know there won’t ever be another. This writer has a father who has supported Everton FC for over 80 years and cites George Best as the greatest player he has ever seen. Better than Pele, Maradona, Messi, Ronaldo and the rest. Whether Martin Murray would have got anywhere near Best as a player without the health and injury problems, we will never know but he has had a career many ‘would be footballers’ could only dream of.

He’s remembered as a legend at four clubs, played 614 games scoring 96 goals, which is good going by anyone’s standards. Me? I just remember him as Martin Murray, the new George Best and what might have been.