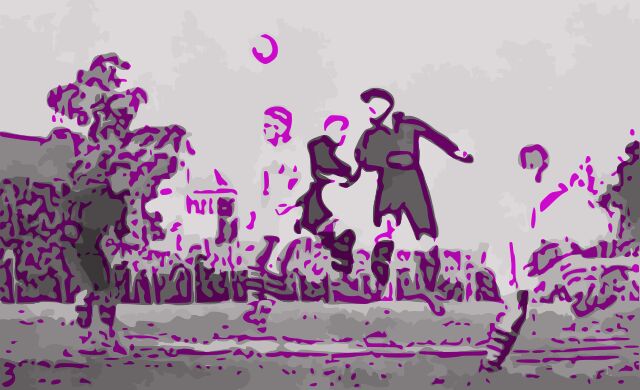 This article originally featured on Tale of Two Halves back in June 2018.

Let me take you on a journey to a time before dabbing was a thing, before changing room selfies plagued our Twitter feeds and before the media caused a ruckus over what tattoo happened to be inked on onto the skin of what player. This journey goes way beyond this modern day farce we live in. It goes back even further, before the Beatles, before colour TV, before the half of the teams competing at the 2018 World Cup even became sovereign states in their own right. This tale is one of football history and takes place back in 1930, where the world languished in a state of melancholy after the Great War, trying to regain a sense of normality in a war torn world. The star of this story is Belgium. Despite being the focus of this tale, I must warn you, it is not a happy recount.

13 countries took part in the 1930 World Cup and the fact that Belgium were one of the thirteen is nothing short of miraculous. The whole world was shaken by the Great War (later referred to as World War I), but arguably none more than poor Belgium. The nation had been occupied by Germany in 1914 at the start of the war, and continued to be held under German rule for the duration of the war in what was known as “the rape of Belgium.” The country became a battlefield, the Germans ruling much of it, with Flanders being a base for the British on the Western Front. In a country ruined by war, the fact that the nation could function at all in the decade following the Great War is remarkable enough. That it could send a team of amateurs to Uruguay for the first ever World Cup was earth shattering.

Belgium had a mixed 12 years between the war ending and their participation in the first ever World Cup. They somehow hosted the 1920 Olympic games, despite the atrocities that had befallen the nation in recent times. Belgium had been awarded the Olympic games several years previously and decided to continue ahead and host, to act as a sign of unity after a turbulent number of years. They won this competition in unconventional circumstances, being awarded the gold medal, beating Czechoslovakia in the Olympic Stadium in Antwerp. This was controversial as Czechoslovakia actually forfeited the match, walking off in protest of the ejection of their left back, Karel Steiner.

The next two Olympic games were significantly less successful for Belgium. They were embarrassed in 1924 in France. Sweden dismantled Belgium by a staggering score of 8-1. The following tournament in Amsterdam four years later was an improvement, but still fairly disastrous. They beat their local rivals Luxembourg 5-3, losing 6-3 to Argentina in the following round. The team were conceding an alarming number of goals and not finding the net nearly enough. There were problems for Belgium and not a lot of time to rectify them.

Due to the failings of Belgium in the years preceding the first ever FIFA World Cup, it seemed incredible that they opted to travel half way around the world to play the tournament in Uruguay. Due to the fact that travelling from Europe to Uruguay was both time consuming and expensive, only four teams travelled from the continent -Yugoslavia, France and Bolivia being the other three. Back in 1930 there were no qualification processes, as the tournament was a new creation in addition to the football tournament played at the summer Olympic games. Instead, teams were invited to participate, Belgium gaining entry after being asked to join by then vice president of FIFA, Rodolphe Seeldrayers. Thankfully the qualification process was brought in years later, and thank goodness for that. With the corruption that has surrounded FIFA in the last decade, the thought of Sepp Blatter being able to invite teams at will to a tournament would be unthinkable!

The journey to Uruguay was certainly different by today’s standards. Rather than a 16 hour flight from Europe to South America with weeks of build-up training and practice matches either side of the long flight, the players instead had to endure a long boat journey. The Belgians travelled across on the SS Conte Verde, joined by the other three European sides
making the 15-day trek across the Atlantic Ocean. On the ship, the players were able to complete basic exercises without much hassle, although all the teams found the ball work practice to be limited. The ship docked in Uruguay on July 4th, giving Belgium nine days to acclimatise to the more humid conditions of South America.

On July 13th, 1930, Belgium kicked off their first ever match in the FIFA World Cup against the United States of America. The tournament only used three stadiums, all of them located in the capital of Uruguay, Montevideo. The stadium for Belgium’s opening match was the Estadio Parque Central, the stadium now owned by Club Nacional de Football. The game was unpredictable to call. The US certainly had less of an arduous journey to Uruguay, as well as a much larger population to choose from, although football, or “soccer” as it is known in America, was hardly the most popular sport back in the early 20th century. Add to this the dismal record of the USA in recent Olympic football tournaments (11-2 defeat to Argentina in 1928 and 3-0 defeat to Uruguay in 1924) and it becomes clear that Belgium actually were capable of giving the Americans a good game.

With global sports media not existing as such back then, each side could only base their expectations off Olympic football records, and with neither side being particularly strong, both went into the game with high expectations. In a three-team group, it was also vital to get a win if either nation had ambitions of progressing to the Semi Final.

The following 90 minutes for Belgium were nothing short of disastrous. The conditions were abysmal as the rain turned to snow. Neither side appeared to be enjoying the event as the ball struggled to roll naturally across an increasingly waterlogged surface. Belgium actually enjoyed the better start to the game, forcing the US defence to be worked hard, but just shy of the quarter hour mark, the Americans took the lead.

William Goncalves saw his shot hit off the goalkeeper and fall to Bart McGhee who wasted no time in notching the opening goal. This was just the start that was needed for America, who appeared energised by the goal advantage. The second goal was an advert for the age-old mantra of “play to the whistle”. The Belgian defence believed that they had executed a fine offside trap, standing with their hands in the air looking expectantly at the referee. Moments later they looked in horror as Tom Florie slotted the ball beyond goalkeeper Arnold Badjou on the stroke of halftime.

If the first two goals were verging on fortunate, the final goal was one of the goals of the tournament. With 20 minutes to go in the match, James Brown darted down the wing, drawing Badjou off his line before lobbing it over his head. Bert Patenaude flung himself at the ball to ensure his header secured the third goal of the game and with it, the two points
(three points for a win wasn’t introduced for the World Cup until 1994). As the US players celebrated the win, James Brown was overheard to exclaim “I feel good!” (this may or may not be a fabrication of the truth…)

This was a hard defeat to take for Belgium, who started the game so well and until McGhee scored the game’s first, looked like it was a matter of time until they scored first. They were evidently rocked by conceding and struggled to regain their composure. The defeat to America was deflating, but the fact that they were eliminated before they could even play their second game was heartbreaking for the European side who had travelled so far to compete.

The USA dismantled Paraguay 3-0 thanks to a Bert Patenaude in the second game of the group and ensured that they had an insurmountable lead in Group 4. Belgium’s final game against Paraguay was in effect a damp squib. It became apparent that neither side really wanted to be there, both feeling bemused at the fact that they had to play a match despite elimination. Both were used to the Olympic football system whereby it was a straight knockout. The match was played at a low tempo pace with the only goal being scored nearing half time. The ball was played across the edge of the 18-yard box from right to left, with Luis Vargas Peña lashing the ball in to give the South Americans a bit of pride to take home for their fans.

In comparison to the Belgian sides of late, the team that travelled to Uruguay in 1930 were a real disappointment. They finished bottom of their three-team group, conceding four goals to relatively middling teams, scoring none in the process. They were ranked 11th out of the 13 participating teams. Only Bolivia and Mexico went home with a worse record, -8 and -9 in goal difference, though at least Mexico had the excuse of playing an extra fixture in their group. While the tournament was a disaster for Belgium, it is worth remembering the start of this article. They were a nation ruined by war. While all teams going to the finals replied on amateur players, the men from Belgium certainly had suffered more than those of America and Paraguay. In terms of a footballing display, Belgium did not cover itself in glory, but the fact that the nation who were still in the early stages of recovery following the Great War had the ambition to send a group of men to the other side of the world to compete in a football tournament that had no real weight of attraction behind it was brave, bold and heartwarming.