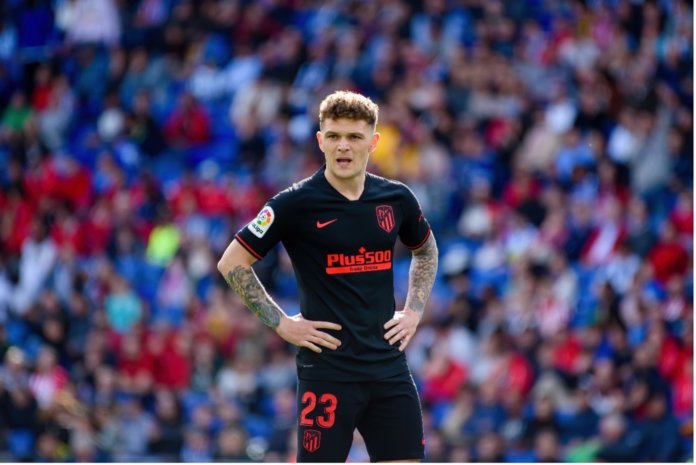 Any questions that surrounded the arrival of Kieran Trippier at St. James’ Park last month were quickly quashed as the right back got off to a great start in the North East of England. The 31-year-old defender hadn’t got much game time at Atlético Madrid in the first half of the season, but he’s already bedded into Eddie Howe’s philosophy and style, playing a key role in Newcastle United’s current three-game unbeaten streak — even scoring in consecutive games in the 3-1 win over Everton and the 1-0 victory over Aston Villa. Six crucial points in the fight for survival.

Out of all of the Magpies’ and Howe’s January transfer window business, which included the arrival of Chris Wood, Dan Burn and Bruno Guimarães for a combined £75 million, it is the presence of Trippier that has perhaps helped Newcastle become more favourable in the Premier League betting markets — with Wood yet to find the back of the net after four starts, while Guimarães, who has looked good in his two cameos so far, and Burn, are still playing catch up after arriving late in the window.

In fact, Trippier’s instant impact at Newcastle has been so impressive that Howe awarded him with the captain’s armband ahead of the game against Steven Gerrard’s Villa at St. James’ — with many claiming that the 31-year-old should have even been given the role earlier than that! However, the armband will definitely be returning to the left bicep of Jamaal Lascelles when he returns from his reported illness as it has been confirmed that Trippier broke his metatarsal early in the second half against Villa.

The right back was already a doubt for the match after Howe had revealed he had picked up a slight calf injury in the victory over Lampard’s Toffees, but the Geordie faithful would have breathed a huge sigh of relief when he was named in the starting line-up again Villa. That fear would have set in again though when Trippier went down early in the second 45 minutes and limped off down the tunnel. It certainly didn’t look great for the English international, and the fans’ worst nightmares became a reality when the severity of the injury was revealed.

Trippier is obviously keen to have surgery on his foot as soon as possible, but the average return to play rate for his injury is 80 days and that could prove damning for Newcastle’s hopes of survival as he could miss the best part of 10 games — including extremely tough encounters against Chelsea, Tottenham Hotspur, Liverpool and West Ham United, where his experience could have proved crucial.

It is a huge blow to lose Trippier already. Yes, Newcastle are on a great run of form, but they are far from safety with just four points separating them and Norwich City in 18th at the time of writing. Howe will still be hoping that he has done enough in the January transfer window to ensure that his side won’t crumble without the right back, but with Javier Manquillo also injured, Emil Krafth isn’t exactly the most convincing backup option.

While Trippier’s presence will still be huge off the pitch, they will be hoping to have him back on it as soon as possible. He could come back with just a few games of the season to play, which would be great if the side are still fighting for their lives, but Howe and co. will be hoping to have done enough to secure safety by then.