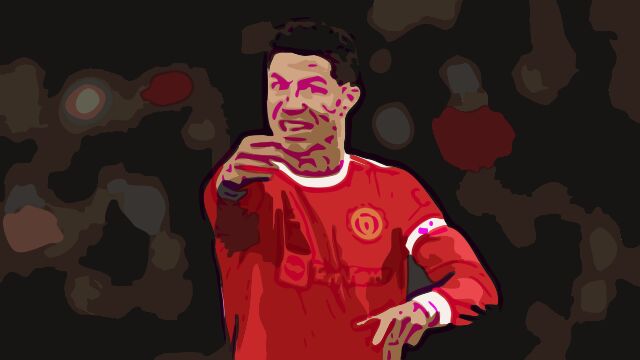 You sometimes run out of superlatives for Cristiano Ronaldo. Regardless of how fans view him now, given the infamous interviews which caused his release from Manchester United via mutual consent, the Portugal superstar goes down as one of the very best to have graced the sport.

Indeed, Ronaldo is one of the best athletes of all time and is the true personification of reaping the rewards of hard work. His training, dedication and relentless mentality have made him a true great and while his legacy is threatened of being tainted by his fallout with Erik ten Hag in what has been an underwhelming season domestically, Ronaldo has reminded us just exactly what he brings to the table when it comes to the World Cup.

Despite his second goal of the tournament being chalked off against Uruguay, Ronaldo’s opener demonstrated his importance to Portugal, even at the age of 37. His legs haven’t quite gone yet and while it’s still unclear which club he’ll turn out for in 2023, he’s certainly not done himself a disservice in Qatar, where football betting on most games has been unpredictable.

Portugal will be hoping to improve on their round of 16 exit in Russia 2018. It was a frustrating tournament which proved to be a false dawn after their thrilling opening match — a 3-3 draw with Spain that goes down as a World Cup classic. It is a game remembered for Ronaldo’s thrilling hat-trick.

Coming into the competition fresh off the back of a third straight Champions League with Real Madrid, fans were blissfully unaware his departure from the Spanish capital was just a matter of weeks away. Before he parted ways for Turin, Ronaldo opened his account for the 2018 World Cup with a fourth-minute penalty, firing his side ahead — albeit momentarily.

Diego Costa wrestled his way through a flurry of defenders to put Spain level but on the cusp of halftime Ronaldo once again made the headlines. With a bit of help from future United teammate David de Gea, who spilt a relatively tame shot, and a clever pass from Gonçalo Guedes to knock the ball on, Ronaldo had his brace and Portugal went in ahead at the interval, admittedly having been outplayed for most of the first half.

Ronaldo wasn’t the only one to add a second to his personal tally though. Costa smelt blood and some early errors from the Portugal defence only served to expose their fragility, with the former Chelsea man pouncing on the end of a well-worked set piece, pulling away from any pale attempts of marking to smash the ball home from close range.

Nacho then added further misery as he gave Spain the lead. The Madrid benchwarmer hit a Benjamin Pavard-esque half-volley, eventually overshadowed by the Frenchman’s sumptuous strike later that tournament, and as the game approached injury time, many feared Ronaldo and co would endure a winless start.

Up steps the Ballon d’Or winner with one of the best free kicks you’re likely to see at a World Cup. Rolling back the years, it beat the wall with power and pace, directed almost effortlessly past a helpless De Gea. The Spaniard didn’t even dive, and while he was critiqued after, the ball travelled through the area almost mysteriously, with Ronaldo wheeling away in anticipation before it had even landed from flight. It is a game that showcases Ronaldo’s ability in clutch moments and it will be interesting to see if he has once last dance in his locker in what is likely to be his final World Cup.

Which EPL Team Has the Highest Chances to Win the League This 2023?

Chelsea complete yet another signing in the January transfer window

Where does Declan Rice go from here?