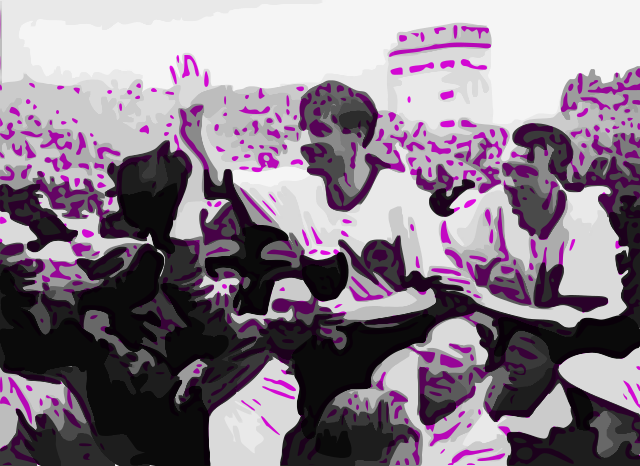 Two brothers. 682 goals between them. One German club. Looking back in the annals of time, German strike forces of Muller and Hoeness come to mind for goals. Yet these two pale into insignificance in comparison to this instalment of Football Families. With a story that includes careers spanning a collective 32 years, the stark reality of World War II and an underdog World Cup story, this week’s article looks back at the remarkable Walter brothers of 1. FC Kaiserslautern.

Their story begins in the city. Friedrich “Fritz” Walter was born in Kaiserslautern on the 31st October, 1920. His younger brother Ottmar followed four years later – born on the 6th of March 1924. Along with their middle brother, Ludwig, Fritz and Ottmar began their footballing journeys with their hometown club. Their parents had introduced the boys to The Red Devils from an early age, as they had both worked at the club’s restaurant. For those early years, the club was central to a lot of what the Walters did. Although like his brothers, Ludwig was a talented player – he found a different route. He had worked for a local bank in an apprenticeship and then the city treasury before being drafted to the Reich Labor Service in 1940.

Eldest Fritz enjoyed a solid pre-war era. He had become a favourite in the squad since his debut at 17. Before WWII, Fritz had scored an astonishing 86 goals in a mere 42 outings. He had begun to leave his mark on the international stage too – deputising with Die Mannschaft in 1940. A hat-trick against Romania was enough to project the attacking midfielder firmly into the spotlight. Ottmar had started out for his beloved Kaiserslautern in 1942 and had notched 18 times in just 20 games before he was moved away by the navy. His new position saw him join Holstein Kiel briefly. Yet again though, the war would have other ideas for the footballing brothers.

Ottmar would barely make an appearance for Die Störche before the war broke out. Fritz too had a great period interrupted as he was drafted into the armed forces in 1942. Ludwig worked for the Labor Service for two years before also joining the armed forces like his oldest brother.

The Second World War was unkind to the Walter brothers. Both Fritz and Ludwig had been captured and made Prisoners of War. Ottmar had sustained an injury to his right knee in service. Fritz was taken to the Romanian camp Maramureș and miraculously came across Ludwig. They witnessed the brutal reality of war, yet Fritz’s exploits on the pitch would actually save their lives. In the camps, Fritz and Ludwig would play football with Hungarian and Slovak guards. The Soviets were coming to the camps and usually when finding any German prisoners, would take them back to the Gulags in the USSR.

One Hungarian prison guard had seen Fritz play for Germany and took it upon himself to tell the arriving army he was not from Germany. Instead, the guard claimed that Fritz was from the Saar Protectorate and both brothers were released from captivity of their own accord at the end of the war. Ottmar also would return from the war with the naval Kriegsmarine. The brothers would go home to Kaiserslautern but it would be a different city to the one they had grown up in.

Although the relief of being able to go home will have been unwavering, the Walter brothers returned to their beloved city a shell of its former self. Allied bombing had resulted in more than 85% of Kaiserslautern being destroyed as the railway and several main roads served as primary targets.

It certainly would’ve been a peculiar time and the effects of the war were evident. Fritz had left his prison camp with malaria. Ottmar had his injured knee. The brothers, excluding Ludwig who by now had gone back to work for the city treasury, decided to go back to football. It’s safe to say their impact was a welcome one. By the late 40s, Ottmar had stepped up as Kaiserslautern’s centre forward accompanying his older brother Fritz who was either an attacking midfielder or inside forward. In ten years with his club, Ottmar scored a recorded 307 goals in 275 games. Fritz also had a ridiculous goal output, scoring a total of 271 goals in 320 games between 1946 and 1959.

The reliable attacking brothers’ comeback sparked a solid streak for The Red Devils as the Walters led the team to German Championship wins in 1951 and ’53 respectively. For Fritz and Ottmar, brilliant performances were capped by a return to the West German National team set-up. Boss Sepp Herberger even made Fritz his captain, as his side prepared for the 1954 World Cup in Switzerland.

“The Miracle of Bern”

By now, both siblings had become renowned for goals and skills. They both treated the ball elegantly and possessed a certain pace and power in front of goal. At the tournament, this was much the case as West Germany entered the tournament in a transitional period. After the war, they had been reinstated as full FIFA members in 1950 and were unseeded. They won their first two encounters against Turkey in convincing fashion 4-1 and 7-2. Between those games, these suffered a horrendous 8-3 drubbing at the hands of Hungary, although Herberger opted to play his reserve side. A key aspect of this game was that star forward Ferenc Puskás was injured by (fellow Kaiserslautern) defender Werner Liebrich and had to miss the next two matches.

Regardless of the thrashing, the West Germans progressed. In the quarter-finals they beat Yugoslavia 2-0 before facing Austria in the semis. This game seemed like a real confidence booster – winning by a whopping six goals to one. At this point, Ottmar had already scored in both games against Turkey (2) and against Austria (2). Equally, Fritz had notched against Turkey (1) and Austria (2) and in good form prepared for the final. Hungary had continued a rampant tournament. They’d added to their 8-3 win against the West Germans with 4-2 victories over Brazil and Uruguay. Their team that included Nándor Hidegkuti, Sándor Kocsis and Zoltán Czibor was chewing up teams and spitting them out. That said, Puskás was still injured.

Before the game, many took a look at the fixture and predicted Hungary outright winners. Hungary’s legendary Golden Team were favourites. Five years prior, they had remained unbeaten in 32 games. They were also the reigning Olympic Champions and boasted the Central European International Cup win in 1953. Put simply, they were a football machine. They had their poster boy stars, but first and foremost they were an imposing unit. They had also embarrassed England in the Match of the Century in ’53 – ending a smug home unbeaten run for the bruised Three Lions.

West Germany, despite having a strong tournament, were underdogs. The team had evolved through the stages and found its final formation in the semi-finals. Central defender Liebrich, who had injured Puskás previously, was selected. As was Helmut Rahn who had enjoyed a strong performance against Yugoslavia. Coach Herberger opted to mark Hidgekuti with midfielder Horst Eckel. Aside from a couple of changes, the Mighty Magyars lined up in the same signature formation. Gaffer Sebes also opted to play Puskás, despite his somewhat dubious injury status.

The coach’s hunch paid off as the striker gave the Hungarians an early lead from close range. To make matters worst for the Germans, Czibor doubled the lead before 10 minutes had even been played. Despite an early challenge, the men in white battled and captain Fritz Walter inspired the first goal back. He played in the free Rahn on the left wing. His ball across escaped the Hungarian defence and Max Morlock was on hand to convert.

Rahn would be involved again eight minutes later, as the equilibrium was returned. Morlock dribbled through the defence. Defender Gyula Lóránt cleared for a corner which Fritz took short. Cleared again, Fritz assessed perfectly to cross and found Rahn who levelled the score.

Hungary inevitably grew in confidence after this comeback. However, West Germany employed a good combination – rode their luck and defended soundly. The underdogs ultimately snatched the win right at the death. Just six minutes before time, captain Fritz’s brother Ottmar would be involved. Hans Schäfer robbed the ball off József Bozsik. The winger played a high ball into the box. Rahn picked up Mihály Lantos’ short clearance before using his teammate Ottmar as bait effectively. Rahn feinted a pass to the attacker, wrong-footing his defenders. He drove inside and drove the ball low and hard past Gyula Grosics. The Bern crowd had really seen a true spectacle in a game that is renowned as perhaps one of the World Cup’s greatest. It was also the moment the dynamic in international football changed. Hungary were finally defeated.

The Walter brothers were key components to West Germany’s first World Cup win. In that 1954 triumph, Fritz scored three goals. Ottmar got himself four. The pair also became the first brothers to play in a World Cup-winning team. Internationally Fritz scored a great 33 in 61, whilst Ottmar bagged 10 in 20.

Domestically their given tallies are outstanding and due to the older brothers’ influence, Kaiserslautern play at the 50,000 capacity Fritz-Walter-Stadion (named in 1985). Both brothers would retire with injury as the cause. For Fritz, a blow against Sweden in 1958 did the damage. In Ottmar’s case, his injury dated back to war. He’d been playing through the pain for years.

Fritz died in 2002 at 81. It was his dream to see ‘his’ home Kaiserslautern host games of the 2006 World Cup, yet unfortunately his missed out. Ottmar passed away in 2013 at 89. The brothers’ legacy is extensive. With Fritz perhaps taking more of the limelight, both should be considered as excellent servants for their club. Additionally, their careers can reflect that of individuals not defined by global tragedy and war. On the news of Ottmar’s death, prominent quotes reflected such grandeur.

“It is a sad day for all of German football.” – Then-DFB President, Wolfgang Niersbach

“A part of history has died. The 1954 World Cup Winners showed us values which are still relevant today.” – Kaiserslautern Official, Stefan Kuntz.