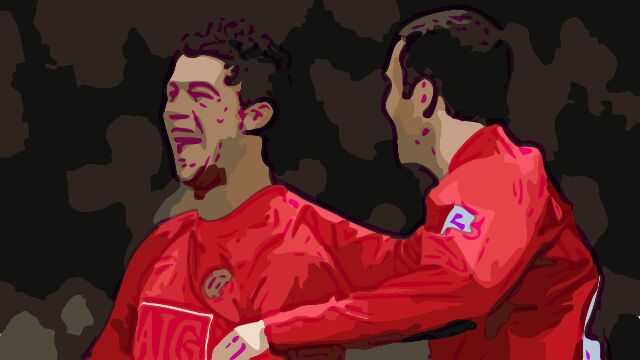 The 2007/08 season saw Manchester United win yet another Premier League title and be crowned champions of Europe for the third time. This was United and Sir Alex Ferguson at their very best. The options of Cristiano Ronaldo, Wayne Rooney and Carlos Tevez in the final third scared the life out of the opposition. In January of 2008, one match stands out for both United and Ronaldo and that was the 6-0 thrashing of a Newcastle United side in disarray at Old Trafford.

Fast forward to 2022 and the Glazer ownership, which has controlled the club since 2005, is in the spotlight now more than ever before. The second coming of Ronaldo at Old Trafford looks to be coming to an end after just one season and Newcastle, with their Saudi-backed takeover completed, now look in a position to really challenge football’s elite in the coming years, even possibly becoming better than the Red Devils, unless things begin to get better for the 20 times champions of England.

Back on Saturday 12th January 2008, however, United were light years ahead of their opponents that day, both on and off the field. Chasing yet another league title and going great guns in Europe, they were the real deal. In contrast, Newcastle were rudderless and now managerless. With Sam Allardyce’s reign on Tyneside ending prematurely and Harry Redknapp reportedly turning down the chance to move to the North East, it was Nigel Pearson who took caretaker charge for this game.

The mood around St James’s Park was starting to deteriorate and there were real signs that the ill-feeling towards their owner Mike Ashley was beginning to build serious momentum. The toxic relationship that the Geordie faithful would have with the Sports Direct tycoon and his ‘Cockney Mafia’ would continue right up until the sale of the club to their new owners last year. It would also include a couple of relegations, with the first under Ashley coming the following season in 2009.

On that cold Saturday back in 2008, Ronaldo would score his first hat trick for Manchester United. It was a complete performance. There were chances galore in the first half for the home side, with Rooney, in particular, coming close on a couple of occasions. There were also a couple of penalty appeals in quick succession for alleged fouls on both Ronaldo and Ryan Giggs but both of which were waved away by the referee, much to the annoyance of the players and Fergie in particular.

Ironically, given the emphatic 6-0 scoreline, the opening goal of the game did not come until four minutes after halftime, despite Michael Owen having a goal incorrectly disallowed for offside for the visitors just before the break against the run of play. It would be United’s Portuguese maestro Ronaldo who would eventually get the opener via a free-kick. It was won by a foul on him by ex-United player Alan Smith, and the ball was smashed under the wall (no draft excluders back in 2008) and beat Newcastle’s legendary Irish ‘keeper Shay Given.

Just eight minutes later, United were two up. A defensive mix-up involving Given, the Brazilian Cacapa, and Spaniard Jose Enrique at the back led to the ball falling to Giggs. He coolly found Tevez who easily doubled United’s lead. The visitors were now starting to look beaten and it would prove to be a long second half for the watching Geordies in the away section.

On 69 minutes that boy Ronaldo got his second of the game. A lovely move including Michael Carrick, Tevez, and Rooney culminated in the Portuguese maestro slotting the ball home emphatically. The game now was so one-sided that Newcastle just couldn’t cope and every time United went forward you felt that they would score. But for a couple of good saves from Given and a goalline clearance from Enrique the scoreline could’ve been much worse.

The fourth goal of the game for United came five minutes before the end of normal time. A lovely weighted ball from Rooney found Rio Ferdinand, of all people, who volleyed home with his side foot. It was a brilliant finish and one which Rooney himself would’ve been proud of. Quite how Ferdinand managed to get into the box on the blind side of the Newcastle defence (Jose Enrique in particular), who were all ball watching, would’ve infuriated the caretaker manager and his staff.

The hat trick goal for Ronaldo came not long after. With the Newcastle defence now out on their feet, United teased them looking for openings and a Ronaldo effort took a deflection off Enrique and the ball flew over the diving Given. This was pure dominance from the home side. In the stands, the United supporters were loving it. There was a real feeling that this team could go on and conquer all-comers.

To add to the despair of the travelling support, United grabbed a sixth in stoppage time. A John O’Shea cross from the left was flicked on by Nani in the box and Tevez’s effort came down off the crossbar. After a brief look towards the linesman the goal was given, the ball was over the line and Manchester United had wrapped up a dominant display. Had goal-line technology been available at the time, the goal may not have stood, but this was 2008 and the game was won anyway.

Coming out of the ground that evening the United support was buzzing. We all knew what we were witnessing. We could see that the team that Ferguson had started to rebuild from 2003/04 onwards was all coming together. Both Rooney and Ronaldo were young, hungry, and fearless. The defence was solid and behind them in Edwin van der Sar, United had one of the world’s best goalkeepers. In midfield, the criminally underrated Carrick was pulling the strings and this victory came without Paul Scholes and Owen Hargreaves in the matchday squad.

As the travelling Geordies made their way out onto the forecourt, their mood was very black and white. The darkness was descending on Tyneside which would ultimately lead to their relegation the following season. They did have something to cheer about before the end of this campaign, however, as Kevin Keegan was appointed for a second stint as manager before things behind the scenes started to turn sour at the beginning of the 2008/09 season. Come that May, Toon legend Alan Shearer was given the unenviable task of trying to stop the ship from sinking but ultimately they were going down.

For United, the 2007/08 season ended with the Premier League and Champions League all finding their way into the Old Trafford trophy cabinet. Another league title and the League Cup followed in 2008/2009 plus a second consecutive appearance in the Champions League final in Rome, where United were beaten by Pep Guardiola’s brilliant Barcelona side. At the end of that campaign, Ronaldo would leave Manchester for Madrid, where he would win a further four Champions League titles, and despite Fergie still bringing success to the club before he retired in 2013, the club was starting to creak under the ownership of the Glazer family.

Bringing Ronaldo back to Manchester United in August 2021 saw the Portuguese superstar return to the club where he honed his craft and became one of the world’s greatest. His eagerly anticipated first game back came at Old Trafford came against the opposition that he scored his first United hat trick against back in 2008, Newcastle United. He would torment them once more scoring twice in a comfortable 4-1 victory. It was a game that gave the United supporters hope that their club could rein in Manchester City and Liverpool and get back to the pinnacle of English football.

Unfortunately, it has not worked out. As it stands, United are now as far away from winning the Premier League as they ever have been since its formation in 1992. In going back to the past to try to create the future, the gamble did not pay off. The days of Rooney, Ronaldo, and the rest in the famous red shirts scaring Europe are over, for now at least. There is much pessimism in the red half of Manchester. Alternatively, up on Tyneside, they have never had as much hope as they do now as they bask in Arab riches. How the feeling has now changed since that cold January evening.