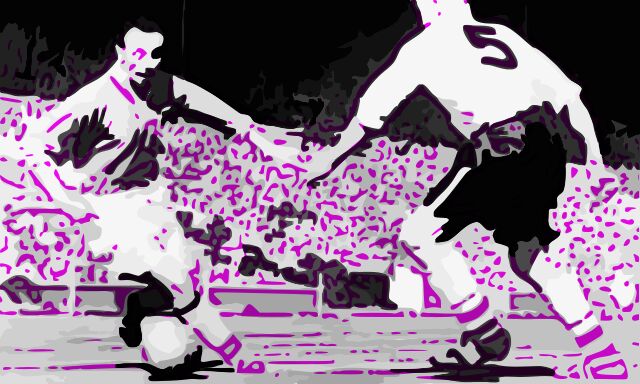 In the modern-day where there are awards for pretty much everything and the main motivation for the vast majority is to create advertising space for yet another sponsor, it has hard to imagine that English football spent the first 50 years without naming the best player in the country.

It was only in 1948 when Charles Buchan, former player turned journalist and co-founder of the Football Writers’ Association saw his vision of an award for the player journalists felt was the stand-out of the season come to fruition.

When you scroll back through the names on the trophy, it is a who’s who of legends of the English game – Billy Wright, Nat Lofthouse and Tom Finney won it in consecutive seasons in the early 50s. Bobby Moore, Bobby and Jack Charlton, George Best and Dave McKay were voted as the best during the 60s. Billy Bremner, Gordon Banks, Pat Jennings, Kevin Keegan, Emlyn Hughes and Kenny Dalglish all had their moment in the 70s. Ian Rush, Neville Southall, John Barnes twice and Gary Lineker saw their names engraved in the 80s and the 90s saw the first regular run of overseas players lifting the award (Manchester City’s Bert Trautmann had won it back in the 50s) when Jurgen Klinsmann, Eric Cantona, Gianfranco Zola, Dennis Bergkamp and David Ginola ended the decade after Alan Shearer and Chris Waddle kicked things off.

But on April 23rd 1948 the inaugural award winner was announced – and it was non-other than the “Wizard of Dribble” himself, Stanley Matthews.

But how did the 33-year-old winger end up being chosen by the press?

After seven years due to the Second World War, the Football League finally returned for the 1946/47 season. Stanley Matthews was a Stoke City player and the club were feeling confident about a strong campaign in the First Division.

Manager Bob McGrory had every reason to be bullish as, despite a poor start of just one point in the first four games, Stoke recovered to mount a serious title push.

But, Matthews and McGrory had a strained relationship which dated back to before the war.

In 1935/36, Stoke had finished 4th in the table – the club’s best-ever finish. Matthews had played 42 games and, as you’d expect from an England international, had been an important part of the club’s success. At the end of the season, the board insisted he was only due a £500 loyalty bonus – because his first two seasons at the Victoria Ground had been as an amateur. Matthews disputed this and the club eventually paid him £650 but the player felt that McGrory hadn’t fought his corner and it started to create a rift between the two.

Two seasons later, during a disappointing season, Matthews handed in a transfer request to the board – there were rumours of dressing room discontent based around jealousy of his England international success. News of the request was leaked and the Stoke fans begged Matthews to stay – 3,000 attending a meeting to try and persuade their hero not to leave. On top of this, the board denied the request and in those days, if the board said no, you were not going anywhere.

He agreed to stay, grateful and touched by the passion of the fans who wanted him to continue wearing the famous red and white stripes.

Coming back to the first season of the post-war Football League, news broke in October that Matthews and McGrory were not seeing eye-to-eye once again. McGrory had insisted that his most famous player should ‘prove his fitness in the reserves’. The England star refused and spent the season drifting in and out of the team. Frustrated, Matthews moved residence to Blackpool – laying the foundations for what would come before the end of the campaign.

Stanley Matthews and the move to Blackpool

In the February, he was recovering from a knee injury when McGrory chose not to select him against Arsenal. Matthews put in another transfer request – this time, the board reluctantly agreed and on May 10th 1947 Matthews was announced as a Blackpool player.

Running a bed-and-breakfast and believing he probably only had four years left as a player, Matthews understandably wanted to start winding down his illustrious career close to where he felt his future lay.

Joe Smith, the Blackpool manager, made it clear that he wanted his new signing to go and play his own game on the pitch – to express himself and they would build the side around him.

The results of this approach were phenomenal for the seaside club – Matthews, free to enjoy himself again and with Stan Mortensen to feed, dazzled as Blackpool finished ninth and headed to Wembley for the 1948 FA Cup Final – the day after the FWA Footballer of Year Award was announced.

Winning the FWA Footballer of the Year Award

Matthews was delighted to receive the recognition, saying;

“Winning the Footballer of the Year award for the second time at the age of 48 was a big moment for me, but could not match my first win in 1948.

“To be the first winner was marvellous and still to be around and invited to the 1997 dinner as guest of honour to mark the 50th anniversary underlines what I mean about the significance of that award to me.

“When I look back over my career, those two Footballer of the Year awards mean so much to me. They represent what I achieved over a long period, and I am very, very proud of them.”

Stepping out on to the Wembley turf the next day, Matthews and Blackpool were hopeful of lifting the FA Cup. They faced Manchester United, managed by Matt Busby.

Although this side would not be remembered as the ‘Busby Babes’ there were names that would go on to become club legends in the starting XI – Johnny Carey, John Aston, Jack Rowley, Stan Pearson and Charlie Mitten were vital to Busby building a great club.

United won 4-2 on the day, Rowley’s brace and Pearson and John Anderson seeing off Blackpool’s hopes after they had led twice on the day.

Matthews, of course, would go on to play for another 20 years and famously won the FA Cup in 1953, known as the ‘Matthews Final’.

It was to be Matthews’ only top-flight honour in the game, although he did win two Second Division titles with Stoke 30 years apart in 1933 and 1963.

In 1956, he was named winner of the inaugural Ballon d’Or, a prize given to the best European footballer each year.

Matthews returned to Stoke in 1961, his second debut trebling the gate.

On 1st January 1965, Matthews was knighted for his services to football whilst still playing professionally – the first time it had happened.

He retired after his 50th birthday in 1965 – and Stan felt he retired too early, believing he had another two seasons left, possibly the same two seasons that Blackpool manager Morris had asked him about when he signed at Bloomfield road nearly 20 seasons before.

Future legends of football grew up in awe of the magician.

“Stanley Matthews taught us the way football should be played.” – Pele

“Almost no one in the game could stop him.” – Franz Beckenbauer

Sir Stanley Matthews – categorically a legend of the game and a very fitting first winner of the FWA Footballer of the Year Award in 1948.