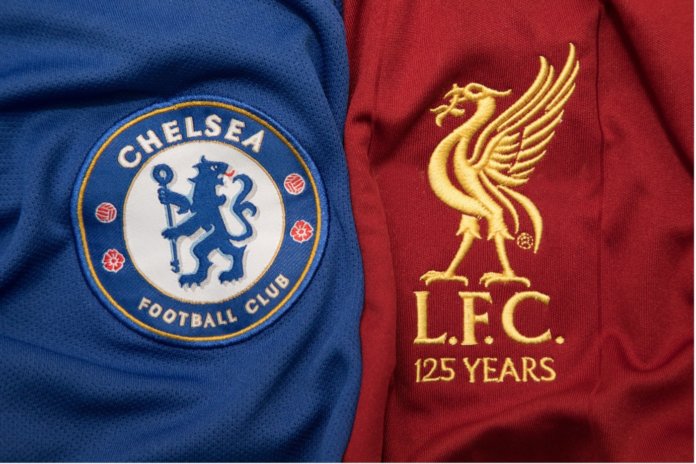 After Mateo Kovacic’s stunning strike inspired Chelsea to come from 2-0 down to draw 2-2 with Liverpool at Stamford Bridge, it brought to mind a number of cracking goals that have been scored in matches between the two sides. The Croatian’s sumptuous volley sent the stadium into raptures, and takes its rightful place in the pantheon of glorious goals that have graced a fixture that has grown in significance over the last couple of decades.

Sit back, as we take you through a number of other wondergoals that have been scored in fixtures between Chelsea and Liverpool.

With Liverpool hot on the tails of Manchester City in the 2018-19 Premier League title race, a stunning strike from Mohamed Salah kept their hopes alive in the Betdaq bet exchange as they defeated Chelsea 2-0 amidst one of the best atmospheres to grace Anfield in modern history.

Picking up the ball out on the right-hand side, Salah cut in onto his left before unleashing a thunderbolt of a shot which flew past Kepa Arrizabalaga before nestling in the top left corner of the net.

The luck of the draw brought Liverpool and Chelsea together in the early rounds of the League Cup in September 2018. A tight encounter saw Liverpool take the lead close to the hour mark through Daniel Sturridge before Emerson Palmieri notched an equaliser in the 79th minute.

Step forward Eden Hazard to provide the game’s defining moment. The Belgian picked up the ball on the right wing, shimmied and weaved past a number of Liverpool players, then fired a rocket past Simon Mignolet into the far corner. A goal worthy of winning any match.

Heading to Stamford Bridge, and Jordan Henderson’s beauty in September 2016 is a goal that will live long in the memory of Liverpool fans. Chelsea went on to win the title that season, but it was Liverpool who triumphed 2-1 in this early-season meeting, with Henderson’s goal proving to be decisive.

The midfielder picked the ball up 30 yards from goal, before sending a curling, dipping effort beyond the reach of Thibaut Courtois and into the top corner. A beautiful strike to say the least.

Heading back a few years, everyone remembers Didier Drogba’s brilliant goal in Chelsea’s 1-0 win over Liverpool in September 2006. The Ivorian striker was at the peak of his powers at this time, and Liverpool’s defenders were powerless to stop him on this occasion.

A lofted ball from the right found Drogba on the edge of the box, who controlled it expertly with his back to goal, pinned Jamie Carragher, before swivelling and unleashing a rippling half-volley past a helpless Pepe Reina. Cue the celebrations at Stamford Bridge.

Jermaine Pennant’s first season at Liverpool does not evoke particularly happy memories for fans of the Anfield side, but his goal against Chelsea on Merseyside will certainly be remembered for a long time.

Dirk Kuyt had given Liverpool an early lead, and Pennant doubled the advantage 14 minutes later, as he controlled a clearance on his chest before firing a dipping volley into the net via the crossbar, leaving Petr Cech without a prayer.