Two great minds, two great coaches, and the mutual respect for each other made more headlines than the result itself. Manchester City went with a more conservative starting lineup from a personnel point of view than they should have. The question that everyone had on their minds was – is this in-form Leeds United team dangerous enough for Manchester City to adjust their tactics for this game?

Manchester City started the game on a positive note and as a result, Raheem Sterling scored a very good goal to give them a lead. As if Leeds United players were prepared for this situation, they showed great game management to comeback in the match.

Statically, Leeds United had more than 60% possession after conceding the goal in the first half. And then they came out stronger in the second half and were rewarded with the equalizer. They continued to dominate Manchester City until the former Barcelona coach Pep Guardiola decided to bring on Bernardo Silva and make a change in their pressing tactics on their left side. After this change, Manchester City looked more like themselves in the last 30 minutes of the game where they created chances to win.

We know that Leeds United are definitely going to do more than just survive this season in the Premier League. This game presented more opportunities to look at other aspects of the Leeds United game plan. We will also look at rare tactical adjustments made by Manchester City for this game.

This article will be a tactical analysis of the draw between Leeds United and Manchester City. It will be an in-depth analysis of the strengths and weaknesses of both sides in their tactics.

Leeds United recorded the most tackles (32) against Manchester City and is the team that has made the most number of tackles (105) and blocks (27) in the Premier League until now. A team that doesn’t stop running and chasing, had to achieve these high numbers. Very rarely will you see players slide into a tackle or fall on the ground while tackling, and, more importantly, they recover quickly from a tackle even if it was an unsuccessful attempt.

When you watch Leeds United players chase or press a player, they do it in an intelligent way. They press straight head-on towards the opponent, instead of coming from one side. In such a scenario, the natural tendency of any player will be to shift the ball onto their stronger foot. Knowing this, Leeds United players were always in a good position to make a tackle that would have a high success rate. Leeds United defenders were particularly stronger in tackling, frustrating the Manchester City forwards.

Leeds United – Attack from the wide-area

Football is a game without stops that is cyclical in nature. A team either has the ball or it doesn’t have the ball and then there are transitions between these situations. Leeds United’s record number of tackles and blocks means that they go through more transition moments than any other team.

If Leeds United can’t get out of a tight situation from their own half, they play around in their own half using their goalkeeper as an extra man, while Manchester City players dropped into midfield. Once they are comfortable in possession, Leeds United used their longball-to-wide-player strategy and went beyond Manchester City’s midfield line. From here on they committed more men forward creating an overload in the final third. You can see in the picture above that the Manchester City defence is unsettled and not in the best shape to defend.

Leeds United conceded 4 corners in the first half, and 3 times out of 4 a Manchester City player won the header. Though they were all half chances, scoring from a corner or a set-piece is an area that can be exploited against Leeds United.

Leeds United is more of a man-marking team than a team that defends zones near the goal from a set-piece perspective. But they don’t go tight on all players, and from the first look, they maintain their distance from the man depending on their distance away from the goal. The closer the opponent is to the goal, the tighter they mark the opponent.

As we see in this instance Ruben Dias is not marked as heavily as Rodri for example since Dias is almost 30 yards away from the goal. Though this gives the defender space and time to look at both the ball and man so they can make better decisions to intercept or defend the ball away from the goal, it also allows the attacker more space to run into and options to guide the ball towards the goal.

It is highly possible that Leeds United will concede more goals from corners against teams stronger than Manchester City at these set-pieces. This is definitely a weakness in Leeds United that can be exploited more.

At every opportunity, City tried to play the ball through the center and carry them into Leeds United’s half. Manchester City’s full-backs were barely involved in any build-up play.

Manchester City always looked to create a 3 v 2 situation for the extra man to carry the ball forward from the defense. While Rodri worked well with Laporte and Ruben Dias to break the Leeds United press, De Bruyne and Foden pushed the two-man Leeds United midfield deeper into the final third. As you can see there was always a lot of space to run into for Rodri and Laporte as a result of this.

Leeds United poses a different kind of problem for opponents, but if a team can exploit the many open spaces in their midfield, then they can be dominated.

Manchester City – Off the ball

Another rarity was how deep Manchester City defended in some moments of the game. It looked like Manchester City were showing too much respect to Leeds United, a team that just got promoted to Premier League.

We are all used to seeing a high press from Manchester City and forcing mistakes from newly promoted teams, but the scenes were different at Elland Road, and I don’t think this has anything to do with not having a proper striker in the squad.

Here Manchester City is defending in a perfect 4-5-1 formation with good organization. None of the City players are on the opponent’s toes trying to win the ball back. The City midfield is more conservative in their defending and allowed Leeds United to play their game. This is not what Manchester City is about especially under Pep Guardiola.

Only after Bernardo Silva came on as a substitute in the second half did City become more aggressive in the midfield and press higher up the pitch. The game did open up but it was Manchester City who looked more likely to score.

It was an interesting game to see Manchester City adjust so much to an opponent, especially with their off-the-ball tactics. Leeds United were more themselves, maintaining a very high tempo during the entire game and unsettling their opponents. Was this result against one of the best teams in the Premier League, a Marcelo Bielsa effect, or are Leeds United a very good team? Only time will tell. 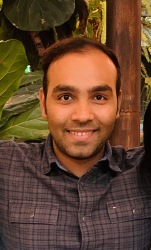 Campaign Stats: Who are the Premier League’s toughest tacklers this season?