This week’s Major League Soccer matchup between Toronto FC and New York Red Bulls sees the Canadian side draw their first game after five straight wins, while Red Bulls come into this fixture having won three of their last five games. Both teams will see this game as one to forget because of their missed opportunities. Their failure to use more creative tactics to break down the opposing team costed them the three points.

This tactical analysis will examine how Red Bulls exploited the Toronto FC defense, where both sides could have improved, and what changes to their tactics both teams need to make to ensure they finish the season to the standards they have set for themselves.

TFC lined up in a 4-2-3-1, but rarely stayed in shape. TFC could be caught several times shrugging their defensive duties, and leaving space for Red Bulls to dominate. Former Liverpool player Chris Mavinga was called into action multiple times to keep his team from going behind. Going forward, TFC must occupy a more strict defensive model, or they will be cut apart by better teams.

NY Red Bulls lined up in a much more disciplined 4-4-2, with Jared Stroud acting as both a right-winger and right sided forward when his team began to press. Red Bulls will be kicking themselves for struggling to defeat Toronto FC, as it ultimately came down to a lack of quality and creativity that cost them the game.

Pictured below are the most common positions of the players on both teams. We can see that TFC struggled to keep a presence in midfield, often overcrowding their own playing spaces.

New York on the other hand understood their defensive duties and executed them correctly. Their strict positioning when paired with the press we will look at later, proved to be effective and entertaining.

Red Bulls defending from the front

When out of possession, Red Bulls can be seen in a traditional 4-4-2 structure or a more advanced 4-3-3, with right-winger Jared Stroud pushing forward to help with his team’s press. Pictured below is just that. TFC often found themselves struggling to pass through the high press, resorting to backwards passing and inviting pressure.

However, when TFC passed backwards, the Red Bulls press was engaged and welcomed an additional two or three players as seen below. Mavinga was the player most comfortable on the ball. To counter this, Red Bulls would press or man-mark his passing options, forcing him to pass to his goalkeeper, Quentin Westberg. Westberg isn’t a bad passing option, as he completed the game with 74% of his passes successfully finding a teammate.

Below we see another example of strict defensive discipline. Despite going a goal down, Red Bulls remain in their positions, forcing TFC to make long passes or go backwards and face another press. On the ball is Omar Gonzalez, a strong passer. Red Bulls know that if they press too soon, TFC can pass their way out of trouble and launch a counter-attack.

TFC struggled to beat the structure so often, that they found themselves sitting deeper, inviting pressure, but with the help of Jonathan Osorio to keep possession. Osorio completed the most passes between the two teams (69) and proved to be useful with his defensive duties. However, as Osorio sat deeper, this limited his team’s passing options. TFC would struggle to cope with being overrun by a well organized midfield as the game went on.

For the majority of the game, TFC’s final defensive line was quite narrow. This invited the Red Bulls to continue to play with three forward players as seen below. Tom Barlow, Brian White and occasionally Jared Stroud would occupy the central defenders, while right full-back Kyle Duncan and left full-back Jason Pendant were encouraged to push forward to create width. A narrow back line can be effective if the team has players capable of defending the wide spaces, however, TFC did not.

The Red Bulls will be kicking themselves, especially left-winger Florian Valot, who could be seen making runs in behind the TFC defense. Valot completed the most dribbles between the two sides (four) and deserved a goal. The TFC backline often left their positions to place pressure on the Red Bulls midfielders, as their teammates could not perform their defensive duties.

Pictured below is an example of what happens when defensive duties are not fulfilled. The TFC defence, midfield and forward lines were often too far away from each other, leaving Red Bulls plenty of space to play through. We would see this type of play continue for the rest of the match. Against stronger opposition, TFC would have been punished more effectively.

Again, the TFC front line is too far away from the rest of the team, giving Red Bulls time and plenty of space to move into. As the game went on, Red Bulls revelled in the space awarded to them for free. They would earn an equalizer from 17-year-old Caden Clark, who scored from outside the TFC penalty area.

When pressed, TFC had to pass back to their goalkeeper. As mentioned above, he isn’t a bad option, however, when he misplaced a pass, it was usually into a danger zone as seen below. Westberg did have sideways passing options available to him, but didn’t use them as effectively as possible.

Below we can see the Red Bulls playing the same way they would in a training ground exercise. Four-versus-three with ideas of exploiting the space in behind the full-back. This is a textbook example of “give and go” football.

Below is another long ball from Westberg. It is launched right into space where no TFC player can be found and can be won back immediately by the Red Bulls.

After the Red Bulls earned their equalizer, TFC switched to a system that saw them play with three central defenders, with Osorio having less defensive responsibilities. When Osorio is given the freedom to roam in midfield, this allows TFC to compete in the midfield battle.  This proved to be too late for TFC, as Red Bulls will be happy that they’ve managed to salvage a point from this game. Red Bulls were happy to see TFC  launch the ball forward, as they had a strong midfield capable of chasing down inevitable misplaced passes.

This analysis has shown that Toronto FC can defend naively. Head coach Greg Vanney will have plenty of work to do, both offensively and defensively, if they want to regain their form. With key players like Alex Bono, former Serie A player Michael Bradley and Jozy Altidore all injured, serious questions may be asked of his squad depth, and if they have it in them to continue to compete.

The New York Red Bulls should be proud of themselves for remaining disciplined when going a goal down, and sticking with a system that they know is tried and tested. Trust and patience in a system has proven to be effective for them thus far, even during an international break with players missing. There are encouraging signs ahead of the Red Bulls, despite being in 7th place in the Eastern Conference. 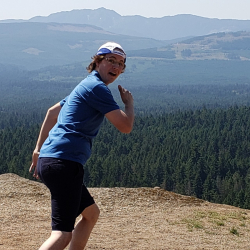